UNITE Club Membership - How to Join and Price | Pokemon UNITE 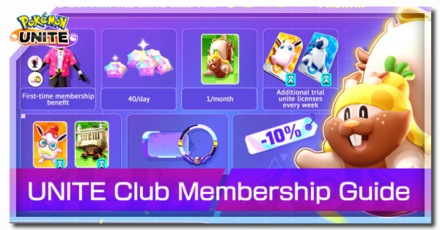 Want to know details about the new Pokemon UNITE Club Membership for Pokemon UNITE? You’ve come to the right place! Read on to know how to join, what the benefits and rewards are for November 2022, how much the membership costs, and which free trial Unite Licenses and Holowear are currently available this week!

The set of free trial items refresh every Monday at 12:00 AM UTC / 5:00 PM PDT (prev. day). Below are this week's free Unite Licenses and Pokemon Holowear: 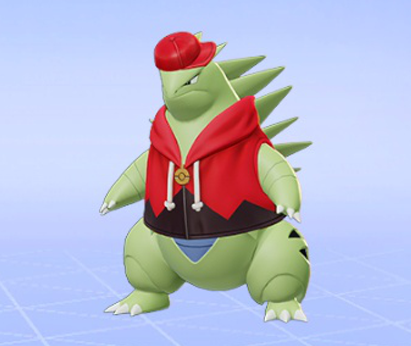 The Holowear of the Month for January will be the stylish Hip-Hop Style: Tyranitar!

Hip-Hop Style (Tyranitar): How to Get

Received on the First Day of the Month

As of the June 30 1.5.2.8 update, the official Japanese Pokemon UNITE Twitter account announced that affected Android users that were not able to claim membership benefits because of the bug will receive Aeos Gems, which they can claim in their in-game mail. Moreover, members who have not received the June Holowear will be compensated separately at a later date.

All Holowears of the Month

How to Join the UNITE Club Membership 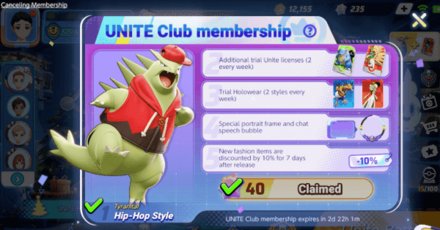 Where to Buy UNITE Club Membership

To join UNITE Membership, you must purchase it in the store where you downloaded the game. Note that you can only become a UNITE Club member on only one of the two versions - Nintendo Switch and Mobile - at a time.

We will update the prices as soon as other currencies are available.

Let us know the Membership Prices in your respective regions!

Once purchased, memberships cannot be canceled or refunded. This also applies to when you are resubscribed via Automatic Renewal if you have not turned it off.

The membership benefits available from the month you joined can be used right away after logging in to the game.

If you already own certain benefits, they will usually be converted into another item. Currently, there is no information on how the conversion will work. We will provide information as soon as it is available!

You can only claim your free Aeos Gems and other UNITE Club membership benefits on the version of the game you used to join - either Nintendo Switch version or Mobile version. However, items received such as Holowear and Trainer Fashion can be accessed on either version. 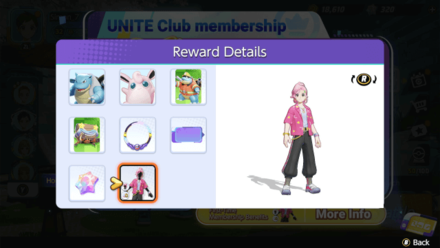 If you register for the first time, you will also get the Hoopa Set trainer fashion on top of the service's benefits! Currently, this is the only way to get the Trainer Fashion item.

Hoopa Set: How to Get

How to Cancel UNITE Membership

After cancelling your membership, you'll retain the benefits mentioned in the table above.

What is a UNITE Club Membership? 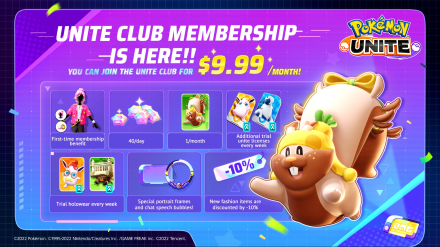 The UNITE Membership is a monthly subscription program for Pokemon UNITE released on May 16th, 2022 PDT. Members who are part of the service will be able enjoy exclusive perks and bonuses!

In order for us to make the best articles possible, share your corrections, opinions, and thoughts about 「UNITE Club Membership - How to Join and Price | Pokemon UNITE」 with us!