Choice Specs Effect and How to Get | Pokemon UNITE 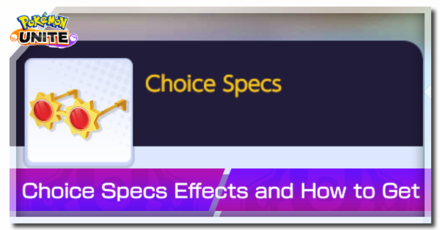 Choice Specs is a Held Item found in Pokemon UNITE for the Nintendo Switch and Mobile. Read on to learn more about the Choice Specs' stats and effects, how to get Choice Specs, and which Pokemon are best for Choice Specs!

Increases by 21% of your Sp. Attack

Not only will the item give a bonus of (40/50/60) to the Move, it will also have an additional increase in damage by 21% of the Pokemon's Sp. Attack stat.

This item goes on an 8-second cooldown after taking effect. It's important to take note of this cooldown as your moves won't always deal additional damage.

If you are using an AOE Move, you will only affect one of the opposing Pokemon that gets hit by the Move. The rest of the Pokemon that were also hit will take the normal amount of damage of the move.

Damage Bonus Does Not Increase Healing

The damage bonus effect does not increase the HP recovered when using healing moves.

How to Get Choice Specs

All Builds for Choice Specs

This test is to determine the time it takes for the bonus damage to take effect again after an initial activation. After testing, we found that it has an 8-second cooldown. 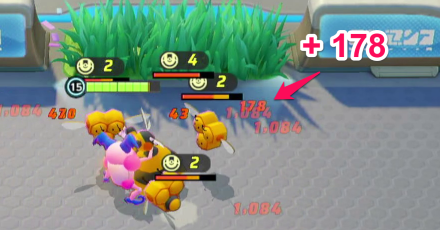 We also tried using an AoE move like Psychic to grouped enemies like the Vespiquen and Combees in the middle of lanes. Even if the move hits 4 enemies at the same time, the bonus damage only affects only 1 enemy.

Healing Only Increased Due to the Sp. Atk. Boost

Much like Wise Glasses, the HP recovered only increased due to the Sp. Atk. stat boost from the item.

See more comments (7 Comments)
Opinions about an article or post go here.
Opinions about an article or post
We at Game8 thank you for your support.
In order for us to make the best articles possible, share your corrections, opinions, and thoughts about "Choice Specs Effect and How to Get" with us!
When reporting a problem, please be as specific as possible in providing details such as what conditions the problem occurred under and what kind of effects it had.