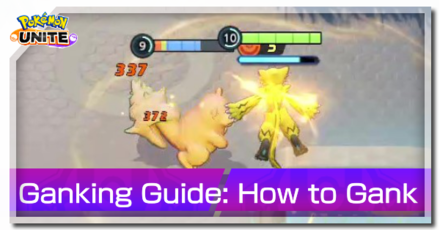 This is a guide on ganking in Pokemon UNITE. Read on to learn how to properly set up a gank properly, when to gank, and the best entrances for ganks. 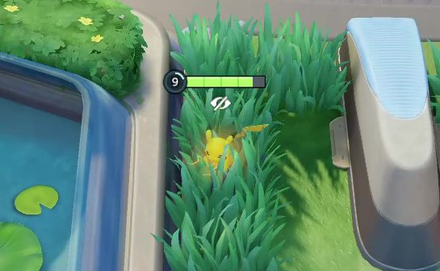 The best way to start a gank is by hiding in grass areas. Approaching the enemy without being seen is the core idea of ganking.

Ideally, ganking is a jungler's primary responsibility since they are able to level up faster. Junglers should gank as soon and as often as possible to make sure that the other lanes would either be evenly matched or stronger than the enemy.

It is a sign of a bad game if allies from either top or bottom lane starts roaming around, and attempt ganking. This leaves one lane at a disadvantage, making it easier to lose the lane early.

Enter From Behind or Sides

The purpose of ganking from behind or from the sides of the enemy is to cut off their escape routes. This forces them to find unlikely routes to escape, which will most likely get them killed faster.

After ganking from behind or from the sides, it is important to always stay ahead of the enemies. This ensures that even if the enemy uses dash moves or Eject Button in an attempt to escape, the ganking Pokemon will still be able to remain on top of them.

Use Moves to Initiate Ganks

Certain moves are perfect for setting up ganks. Knowing the right moment to use moves to set up gank is key to efficient and successful ganks.

Certain Moves can Reposition the Enemy

There are moves that can reposition enemies. Use these moves to put the enemy into an unfavorable position.

Use Dash Moves to Close In

One feature of Dash type moves is the ability to quickly move towards a direction, making it useful for closing distances. When ganking, use dash moves to get closer to the target to ensure they won't escape. The move does not even have to hit or damage the target, the primary focus of using dash moves when ganking is for staying on top of the enemy.

A trick that players use to escape ganks is making use of walls to force the ganking team to move around it, buying them time to escape. Make use of dash moves' unique feature of passing through walls.

Focus on a Single Target

A common mistake with players when ganking is not focusing on a single target. Make sure to focus on one target at a time to ensure a kill. Ganking does not always mean killing the entire enemy team. Having a numbers advantage is enough for a gank to be successful.

Know Who to Target First 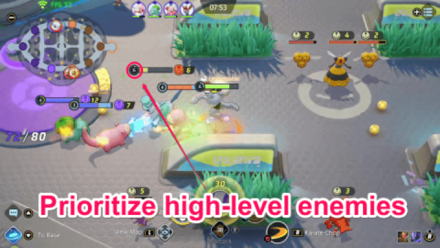 It is important to know which enemy to target first when ganking. HIgh level enemies or the enemy that deals the most damage in their team is the best target to defeat first. This ensures that the enemy can no longer win the fight because the source of most of their damage is gone.

After a successful gank, it is important to follow up with taking objectives, such as scoring goals, and defeating boss Pokemon. This ensures that the team is in lead thoughout the game.

An ideal moment to start ganking is after getting the blue and red buffs in the jungle. The red buff is the most useful for ganking enemies since it slows them with each attack, making it harder for them to escape. However, the blue buff comes to effect after defeating the enemies. Make use of the blue buff to farm wild Pokemon in the enemy's side, preventing them from getting exp. and points.

When Unite Move is Ready

Certain Unite moves are effective for setting up ganks. Having access to the Unite move makes ganking a lot easier to pull off.

When a Lane is Struggling 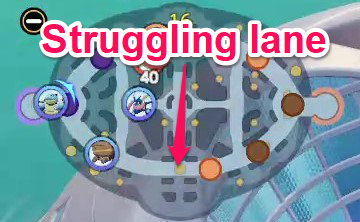 When allies from either the top or bottom lane are struggling to level up or score points because the enemy has the advantage, it is an indicator for ganking. Ganking a struggling lane helps allies to catch up with the enemy, and stabilize the lane.

Currently, Drednaw is the most important objective in the game next to Zapdos. At around the 7:30, players should gank the bottom lane to secure the area around Drednaw, making it easier for the team to defeat Drednaw.

The purpose of ganking in this case is to outnumber the enemy team, discouraging them from trying to steal Drednaw.

Defeating Zapdos can either solidify the winning team's lead or turn the game around for the losing team. To ensure either of those scenarios, ganking the enemy when Zapdos appears or is about to spawn puts them at a disadvantage, discouraging them from trying to get Zapdos.

Use Zapdos as a Bait

A strategy to safely take Zapdos is to use Zapdos as a bait. Hide in the grass areas around Zapdos' area first. Wait for the enemy to engage Zapdos, letting Zapdos deal massive damage to them. When the enemy is damaged enough, go in and burst the enemy down fast, and defeat Zapdos.

Tip of the L-Shaped Grass

Always enter from the upper tip of the L shaped grass. The enemy might have vision on the team when entering from the bottom. 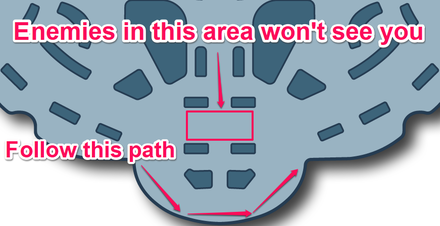 The area where Drednaw spawns can be used to sneak around the enemy. It is important to always stay on the edges of the bottom part of the area.

Grass Behind the Enemy's Outer Goals 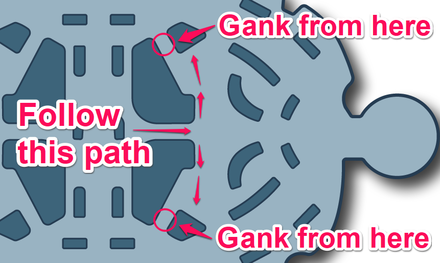 There is a grass area just behind the enemy's outer goal that can be used to sneak around the enemy, then gank them. Pokemon with high mobility, or have some sort of invisibility are the best in this scenario.

In order for us to make the best articles possible, share your corrections, opinions, and thoughts about 「Ganking Guide: How to Gank | Pokemon UNITE」 with us!