All Pokemon Stats and Effects of Each Stat | Pokemon UNITE 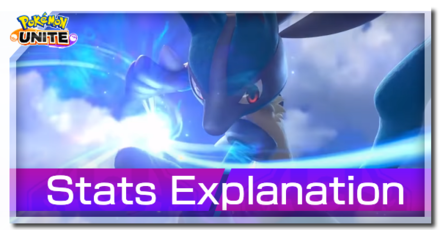 Attack, Special Attack, Defense, and Special Defense are stats found in Pokemon UNITE. This page lists all Pokemon stats and will teach you the different effects of each stat type for Held Items, Battle Items, and Pokemon Moves. Continue reading to learn more about each stats and the difference between Physical and Special stats!

Stats of All Pokemon

The numbers shown below are Level 15 stats taken in-game. Sort the table by tapping on the headers!

What is Attack and Special Attack? 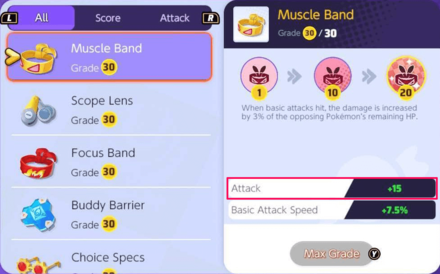 The Attack stat affects both Standard Attacks, as well as Moves for Pokemon which have their damage type classified as Physical.

For example, Greninja is a Physical Attacker, so all of its Standard Attacks and Moves will use the Attack stat and have their damage boosted by items like Muscle Band.

What is Special Attack? 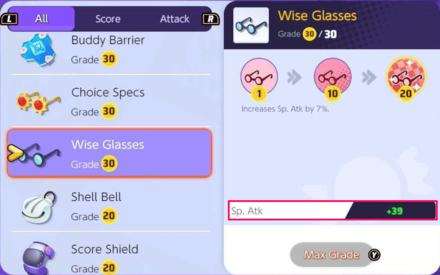 The Special Attack stat affects Moves for Pokemon which have their damage type classified as Special.

What is Defense and Special Defense? 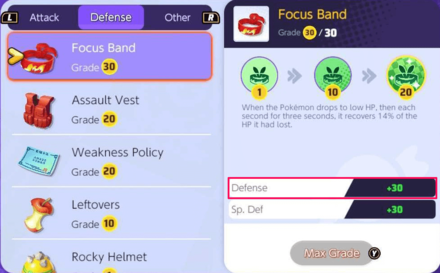 Items and moves that increases your Defense refers to the amount of damage you reduce from Pokemon Moves that are labeled as Physical.

For example, the Held Item Rocky Helmet increases your Defense. This means that if an enemy Greninja attacks you with the move Surf you won't take as much damage!

What is Special Defense? 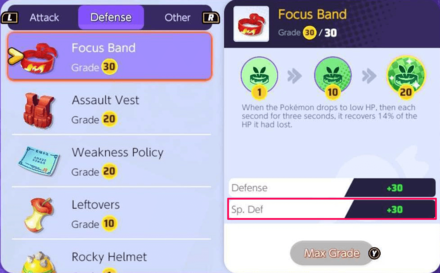 Items and moves that increases your Special Defense refers to the amount of damage you reduce from Pokemon Moves that are labeled as Special.

For example, the Held Item Focus Band increases your Special Defense. This means that if Pikachu uses the skill Thunder Shock, your Pokemon will take reduced damage!

What is Critical Rate and Critical Hit Damage?

This means that your attacks will do 200 Damage 50% of the time.

What Does Critical Rate and Critical Damage Affect?

Critical Hits and Critical Damage currently only affects the basic attacks of Pokemon and Moves that explicitly say they can crit.

Moves That Can Crit

How Do I Increase Critical Rate and Critical Damage?

What is Movement Speed?

Movement speed determines how fast a Pokemon moves. This can be increased by Held Items, as shown on the example above.

Will I Slow Down When Attacked?

Yes, your Pokemon will lose movement speed when attacked. Some Pokemon moves can also prevent you from moving, so watch out!

How to Increase Movement Speed

When you're inflicted with the Slow status effect, your Pokemon's movement speed decreases.

Register as a member and get all the information you want. (It's free!)
Login
Opinions about an article or post go here.
Opinions about an article or post
We at Game8 thank you for your support.
In order for us to make the best articles possible, share your corrections, opinions, and thoughts about "All Pokemon Stats and Effects of Each Stat" with us!
When reporting a problem, please be as specific as possible in providing details such as what conditions the problem occurred under and what kind of effects it had.