How to Surrender | Pokemon UNITE 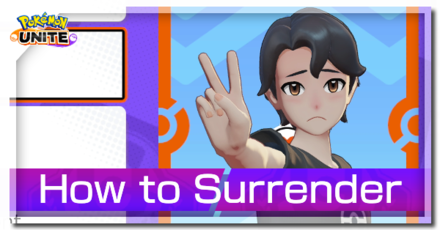 How to Surrender a Match

Wait For 5 Minutes From the Start of the Match 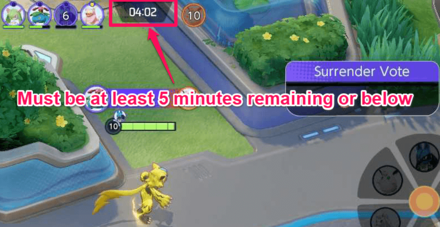 The option to surrender is only available 5 minutes after the game starts (05:00 time remaining). If the game does not go well for the team, consider first to try to turn things around.

Steps on How to Surrender

A total of 4 Yes votes is required to successfully surrender, it is indicated by the green circles. Once this happens, the match ends, resulting to an automatic defeat.

Disconnecting from the match while voting for a surrender causes the team to be at a disadvantage, and can ruin other player's games.

Requires 3 Votes in Mer Stadium and Shivre City, and 2 Votes in Auroma Park

In both Mer Stadium and Shivre City, it takes a total of 3 Yes votes to successfully surrender. This is due to them being 4v4 maps.

Auroma Park, on the other hand, it takes 2 Yes votes to successfully surrender, since it is only a 3v3 map.

The Surrender Option Has a 40 Second Cooldown 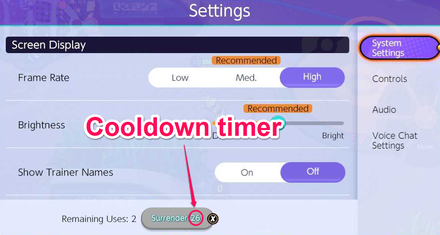 When the vote to surrender fails, it goes on a 40 second timer before it can be selected again. The timer is displayed beside the surrender button.

Surrendering Can Only Use Up to 3 Times 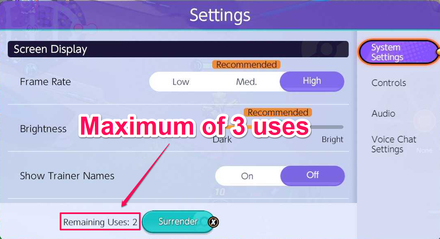 A team can only vote to surrender a total of 3 times per match, so be sure not to waste it. The remaining surrender votes is displayed beside the surrender button.

When to Surrender a Match

There is a Huge Level Gap 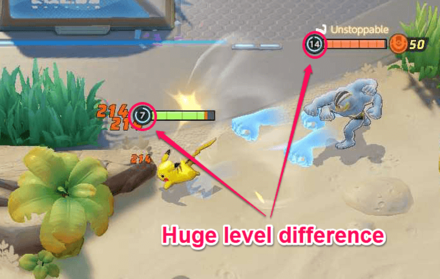 A good reason to surrender is when there is a huge difference between the enemy Pokemon level and the team's level. Higher level Pokemon have access to higher stats, more powerful moves, and their unite move. In this scenario, the enemy can simply take you and your teammates out as soon as they see you.

Team Goal Zones Are Gone or Are Outnumbered 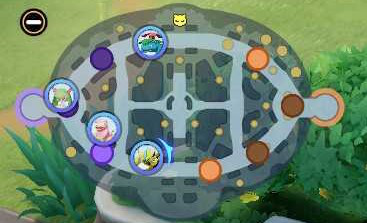 The number of goal zones captured indicates how far the enemy team is or how far behind the allied team is in terms of points. If you find that your team's goal zones are all gone and the enemies' goal zones remain untouched, it may be a good time to consider surrender.

Zapdos is Taken By the Enemy 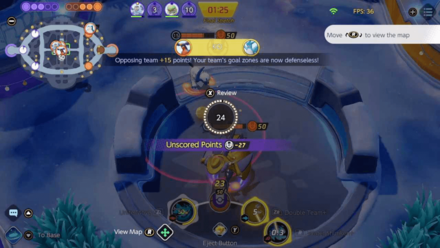 Zapdos is often regarded as an objective that can either turn the tide of battle for a losing team or guarantee the victory for a winning team. Defeating Zapdos grants a large amount of Aeos Energy to the team that defeats it, and renders the enemies' goal zones defenseless. If you find yourself in the losing team and the enemy manages to take Zapdos, it might be best to consider surrender as the odds of making a comeback from this scenario is close to impossible. 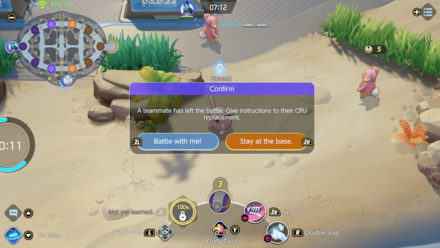 Having teammates that are AFK (Away From Keyboard), or are disconnected from the game places the team at a huge disadvantage. There is nothing the rest of the team can do about this other than to wait for them to come back if ever they do. However, even if players come back, the enemy is mostly likely too far ahead in terms of levels.

It's not to say that winning a 4v5 match is impossible, but the odds of it happening are really low unless you've somehow managed to gain an overwhelming advantage against your opponents. If not, consider surrendering.
What Happens When You Go AFK?

The only benefit of surrendering is being able to start another match quickly. When it's confirmed that the match you're playing is a lost cause, surrendering is the best option. This is so players can waste less time playing a match they know they'll lose, and can instead focus on winning the next match.

Much like other MOBA games, there can be toxic players that generally give their teammates a bad time, or just ruin the match entirely. They often intentionally give takedowns to the enemy team, or do not cooperate with teammates. When it comes to a point where your toxic teammates are giving the opponent an overwhelming advantage, it's best to just surrender and start another match. When dealing with toxic teammates, remember that you can report them at the Results Screen at the end of the match.

Sometimes bad mannered players use voice chat to harass others. However, there is a way to mute or ignore players who abuse voice chat.
How to Use Voice Chat and Best Apps 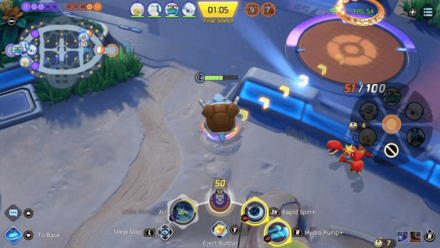 It's very common to find yourself in matches where your team gets put at a disadvantage. While surrender seems like a viable option in these times, take note that the team's victory or defeat usually hangs on the last 2 minutes of the match , where points scored are doubled and Zapdos appears on the map. By surrendering before you've even reached this point of the game, you eliminate any possibility of turning the match around.

It's therefore recommended to surrender only if your team is at an EXTREME disadvantage compared to the opposing team.

When playing Ranked Matches, losing a game decreases player rank by 1. Surrendering has the same effect as losing a game, so think of ways to turn things around first before deciding.
Ranks & Ranked Match: How to Unlock and Rules 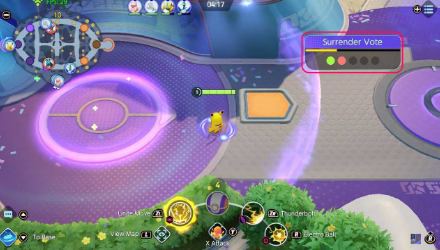 When voting for a surrender, a pop-up appears in the upper-right hand corner of the screen. Although small, this still blocks a part of the other player's screen, making it harder to see their surroundings.

In order for us to make the best articles possible, share your corrections, opinions, and thoughts about 「How to Surrender | Pokemon UNITE」 with us!