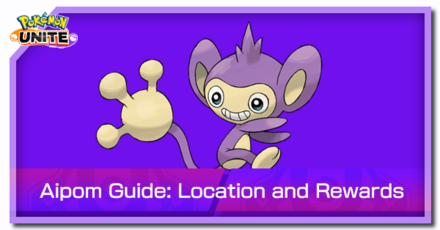 This is a guide on the Wild Pokemon Aipom in Pokemon UNITE. Read on to know when Aipom appears, where to find Aipom, what rewards Aipom gives, and more! 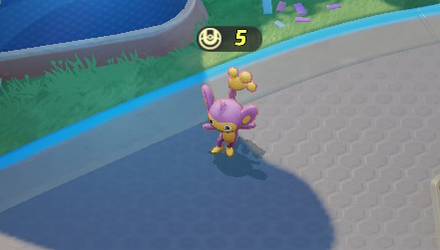 Wild Aipoms are cheap and reliable sources of EXP and Points early in the game. Taking them down is needed to get your early level ups quickly.

Aipoms on Flux Zones are Harmless 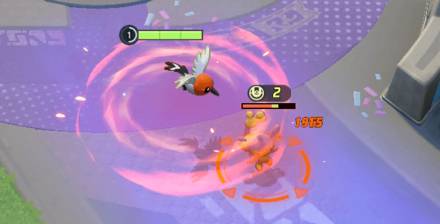 The wild Aipom that appear on the Flux Zones at the start of a match will not retaliate when attacked. Instead, they'll run a fixed distance in the direction of the lane before stopping. Wild Aipoms that appear near the middle of the lane however are hostile and will attack when you get too close to them.

Once the last stretch of the game starts, Aipoms will evolve into Ambipoms. These Ambipoms will continue spawning the same way as the original Aipoms and will despawn if either goal on top side is destroyed.

Due to Mer Stadium's faster paced game, all Aipoms will only evolve to Ambipoms at the last minute of the match.

Once a single goal (either yours or the enemy team) have been destroyed. Both Aipoms on each side of the lane will stop spawning. They give minimal EXP and unlocks Wild Pokemon spawn points on the tier 2 lanes to compensate.

In order for us to make the best articles possible, share your corrections, opinions, and thoughts about 「Aipom: Rewards and Spawn Time | Pokemon UNITE」 with us!