How to Get and Farm Aeos Coins | Pokemon UNITE 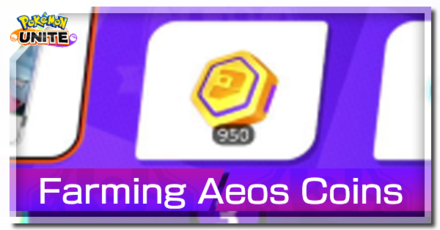 This is a guide on How to Farm Coins in the game Pokemon UNITE. Read on to learn more on what to do to farm more Coins in the game, what to spend on using Coins, and reasons for why you might be not getting Coins.

How to Farm Aeos Coins 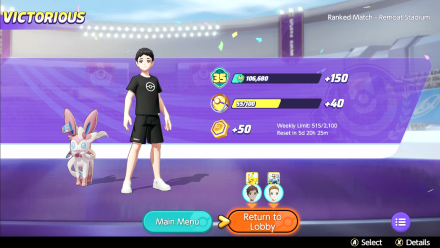 You can get Aeos Coins when you play battles. Quick Battles, Standard Battles, and Ranked Battles reward you with Aeos Coins after every battle. The amount you can gain varies, what determines how much you get is still unknown at the moment, but we will update our information once we find out so stay tuned!

However, keep in mind that Aeos Coins earned from battles have a limit of 2100 Aeos Coins per week, so it's not possible to farm Aeos Coins indefinitely. Eventually, players will have to wait or find other sources of Aeos Coins besides battles. 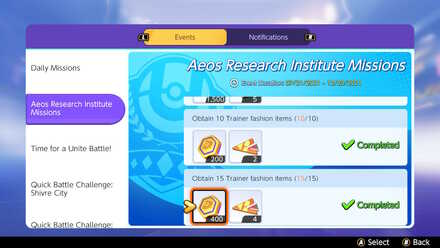 Pokemon Unite has Events that contain challenges called missions. These missions will require the player to perform specific tasks to complete them, then rewarding the player for doing so! Some of the rewards of these events are Aeos Coins, so try to do these Missions when available! 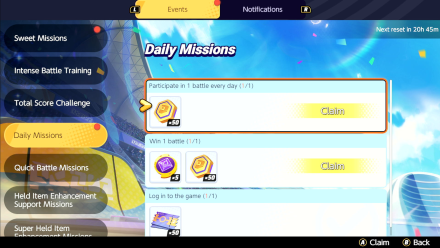 The Daily Missions are missions that reset every day. What makes them good for farming Coins is that they will always be the same challenges with the same rewards, making them a consistent source of Coins. 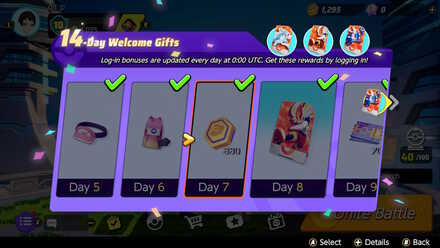 When starting out Pokemon Unite, there is a one-time Event Mission called 14-Day Welcome Gifts that will reward you the first time you log-in -a day for 14 days! Try to keep logging-in everyday to get these rewards quickly. 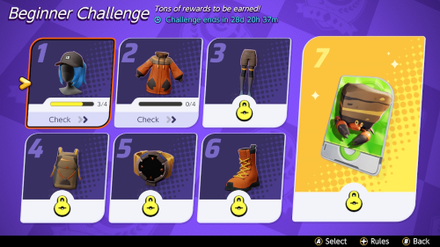 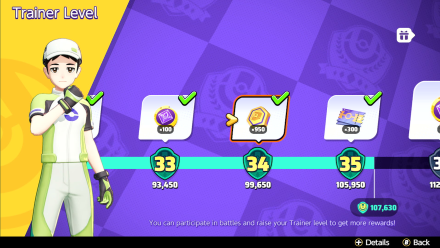 Another way of earning a lot of coins at once is by increasing your Trainer Level. Your Trainer Level is the level of your profile. It can be increased by gaining battle points that are earned through playing matches. Each Trainer Level will reward you, but not every reward is Aeos Coins. Check out the list of rewards in our guide below! 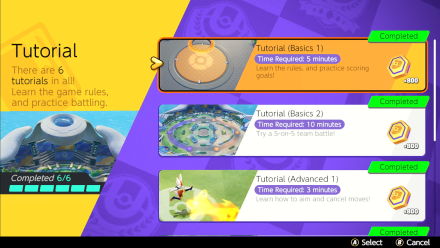 Completing each stage of the Tutorial also rewards you with Aeos Coins the first time you complete it. Completing all tutorial stages give a decent amount of Aeos Coins, so make sure to complete them all so that you can get a significant boost to your Aeos Coins!

Get as Energy Reward 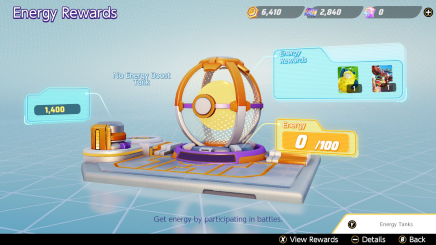 Another way to get Aeos coins is to receive them as rewards Pokemon UNITE's gacha system. Coins have a relativey low offer rate, but energy is easy to get so just keep playing games and roll for coins! 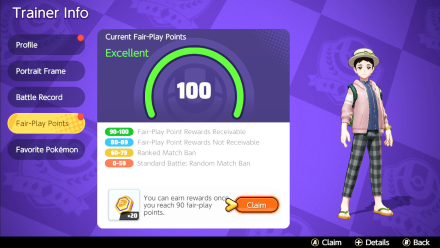 You can claim a 20 Aeos Coin reward every day as long as you have 90-100 Fair-Play points. Note that having lower than 90 points or more means you will not be eligible for the reward and you may get locked out from some in-game features. Check out our guide below to learn more about Pokemon UNITE's Fair-Play Points system!

Coins Obtainable through Battle are Capped

Aeos Coins via battling are limited to only 2,100 per week. Aeos Coins acquired after reaching the cap will not carry over the next reset. However, this does not affect rewards from Events, Daily Login, etc. However, the Aeos Coin Boost item will not ignore the limit, so be careful not to buy an Aeos Coin Boost right before you hit the limit.

How to Check Aeos Coin Cap 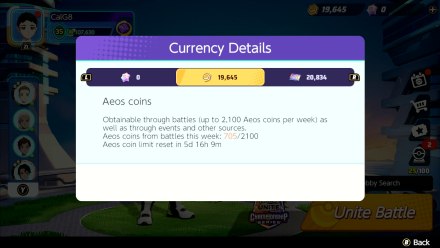 You can check if you have reached or near the coin cap by tapping your Aeos Coins on the upper right or pressing the + button and scrolling to the Aeos Coins tab. You can see how many coins you have received in the week and how long until the next reset. 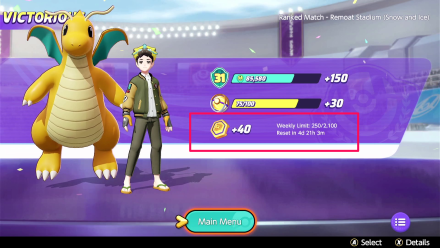 Completing a battle will show your weekly limit before you go back to the home screen. You should be able to see a meter that shows the Aeos Coin limit and how close you are to hitting it.

When does the Coin Cap Reset?

In a FAQ from Pokemon Support, they have confirmed that the weekly reset for the Aeos Coin limit happens every Monday at 12 am UTC. 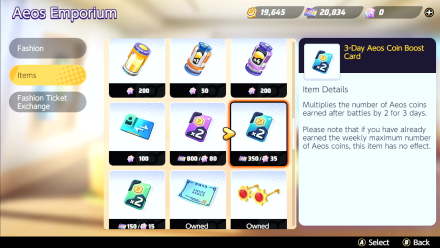 Boost cards allow you to increase the amount of Aeos Coins rewarded after battles by 2 times! The duration of the boost depends on what boost card you buy.

Does not Raise the Coin Cap

Not Worth it if you Play a Lot

If you are someone who plays Pokemon Unite often and can play a lot of matches in a day, then this boost might not be for you. If you play often, this can lead you to hit your max Aeos Coin limit per week as you can only get up to 2100 Coins from battle. Get the boosts if you don't end up playing much, as it will allow you to hit the limit with a fewer number of battles.

If you play regularly, you will most likely hit the capped in 2 - 3 days, wasting your booster card - especially if you buy the 7-Day booster card. To avoid wasting booster cards, use them near the end of the week, so in case you get capped in week 1, the booster card is still in effect when week 2 starts and the Aeos Coin limit resets. This way you maximize the use of booster cards.

This trick mainly applies to the 3-Day and 7-Day booster cards.

What to Buy with Coins

Coins are one of the easiest currencies to farm for but are also used to purchase the most important items in the game. Knowing what to prioritize when spending your coins will allow you to get the most out of them!

What to Spend Coins On 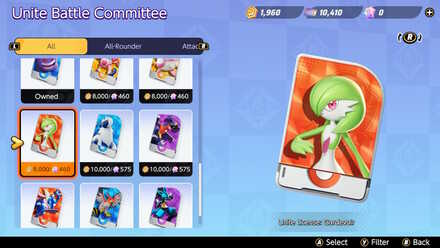 One of the uses for Aeos Coins is to purchase Unite Licenses. Purchasing a Pokemon's Unite License will allow you to use them in Battles! The prices of the Pokemon Licenses are either 6000 / 8000 / 10000 Aeos Coins depending on the Pokemon.

How to Get Unite Licenses 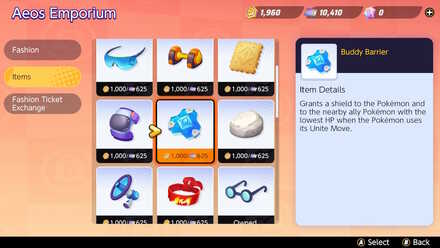 Do not buy the Beginner Challenge items

What are Aeos Coins?

In order for us to make the best articles possible, share your corrections, opinions, and thoughts about 「How to Get and Farm Aeos Coins | Pokemon UNITE」 with us!