List of Achievements and How to Complete | Pokemon UNITE 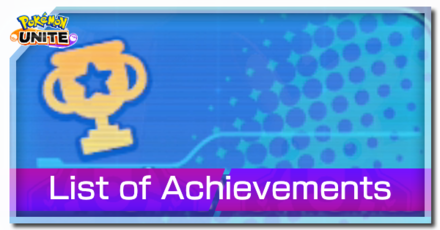 Achievements is a new feature from the 1.4.1.7 patch update, providing a new rewards system in Pokemon UNITE. Read this article to learn what achievements are, the types of achievements, and how to complete achievements. 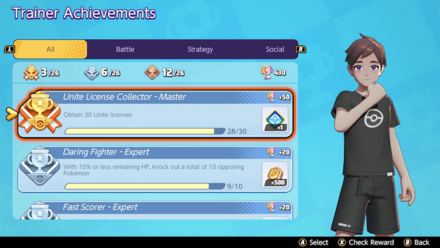 For the list of all Trainer Achievements, check out: 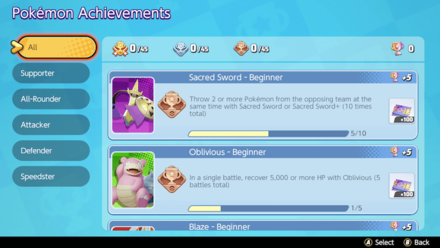 Pokemon Achievements are more Pokemon move-centric. These achievements will task you to finish missions related to individual moves from each Pokemon.

For the list of Pokemon achivements, per role, check out the following links: 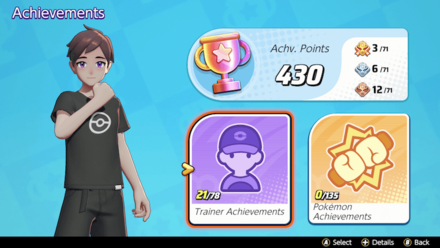 Achievements are missions or objectives that players can accomplish in the game, recieving rewards as they complete each of them. Achievement missions can range from obtaining a certain number of items to using a move in a specific way during matches. 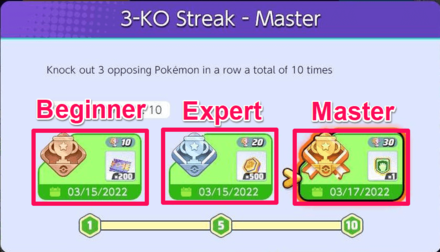 Each Achievement has three levels: Beginner, Expert, and Master, increasing in difficulty and giving a different reward than the previous level. 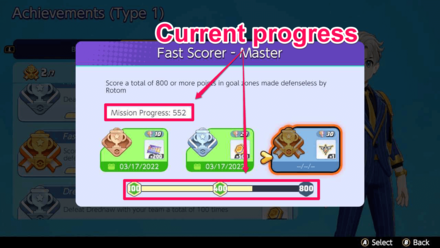 In other words, the 3 times you defeated Zapdos in the first level is counted and accumulated in the second level.

In order for us to make the best articles possible, share your corrections, opinions, and thoughts about 「List of Achievements and How to Complete | Pokemon UNITE」 with us!