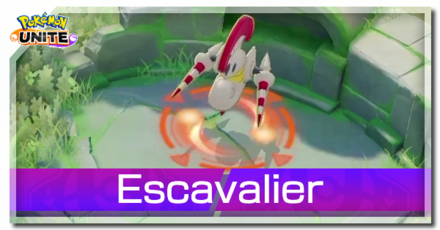 Escavalier is a Wild Pokemon that provides a buff in Pokemon UNITE. Read on to know what buff Escavalier gives, its spawn time, spawn locations, how to effectively take the buff, and more!

When you defeat Escavalier, an Orange aura will be visible around your Pokemon, indicating that Escavalier's effect is active and will disappear when it expires.

Escavalier's points increases to 7 during the last 2:00 minutes of the game.

Is Beating Escavalier Worth It?

Escavalier''s usefulness relies on how you can capitalize on its buff. Use its buff to gank enemies since the slow effect makes it difficult for your targets to escape and also allows your allies to catch up. If you're using a ranged Pokemon, use the buff to kite enemies during duels, especially melee Pokemon.

Overall, Escavalier is definitely a high-priority Pokemon to defeat if you have an aggressive playstyle, especially if you're using junglers. 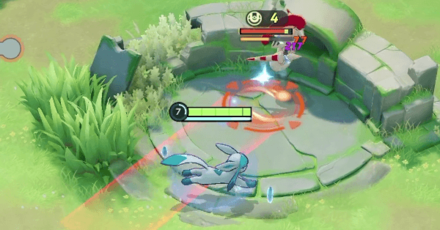 Escavalier will channel its special attack facing your direction once you attack it. Once you see it channeling, take advantage of that time window to get some attacks in and avoid the move. However, if your Pokemon has moves that can stun targets, you can simply use it to stop Escavalier from channeling the move.

If you're using a ranged Pokemon, you can go behind the wall and attack it from there, making it easier to avoid its move and preventing it from attacking you. 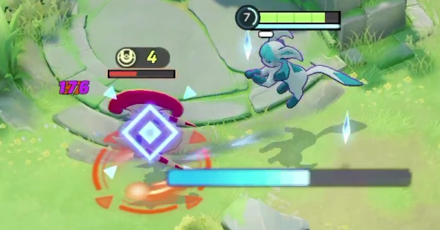 Generally, its best to take Escavalier before going into a teamfight or to simply hunt targets. If you're using a jungler, you should always take Escavalier first since its buff makes it easier to clear jungle camps.

Escavalier has melee attacks that deal decent damage, especially during the early game. Be sure to defeat it as quickly as you can to minimize the damage you take.

Escavalier has a strong, charge attack that looks a lot like Smart Strike. It deals considerable damage and stuns your Pokemon when it hits. Escavalier will then follow it up with Melee Attacks that can deal significant damage especially in the early game.

You can easily dodge this attack by moving away from where Escavalier is facing when it channels the move. The move's area of effect is denoted by a red rectangle.

In order for us to make the best articles possible, share your corrections, opinions, and thoughts about 「Escavalier: Spawn Time, Buff, and Information | Pokemon UNITE」 with us!