Vs. AI: How to Play With Bots | Pokemon UNITE 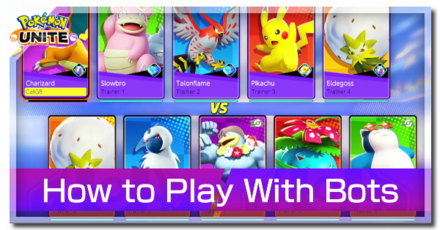 Playing with bots is a great way to practice your skills in Pokemon UNITE. Read on to know what bots are, how to play with bots (AI), how to set up bot matches, and more!

How to Play With Bots 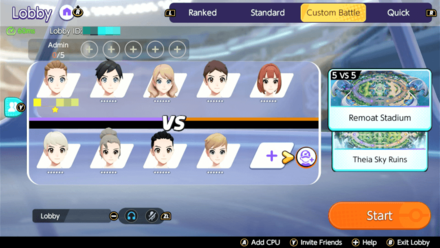 Players can use Custom Battles to play with bots. They will have full control over setting up the game, such as how many bots per team, and what map to play in. They can also invite their friends to fill in certain slots.

Custom Battle Guide: Features and How to Play 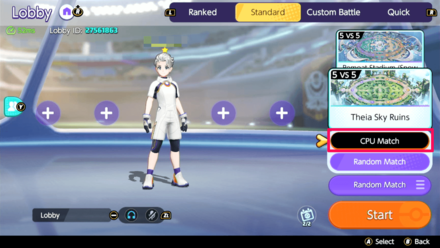 Selecting CPU Match is another way to play with bots. Here, players are paired with other people to play against a team of bots.

Players can only be paired up with other people online or with friends they've invited in the lobby. They cannot have bots as allies, only as opponents. 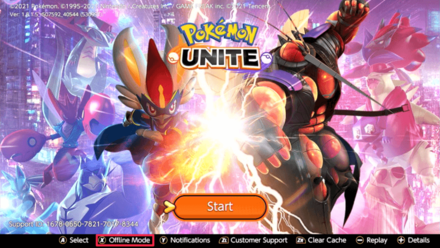 Playing on Offline Mode is also a way to play with bots. In this mode, all Pokemon are available whether or not the player has the Pokemon's license. All Battle and Held items are also available regardless of whether the player has them or not. However, all Held Items are capped at level 20.

Offline Mode: How to Play Offline

How to Set Up Bot Matches

Any Combination of Allies and Enemies 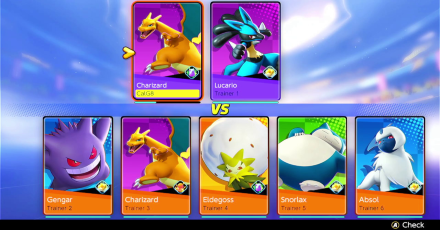 Players can set up each team with little to no restrictions. A game can be 2v5, 3v3, and so on with any combination of bots and friends as allies or enemies. 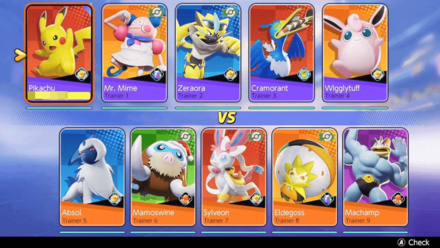 Players cannot choose a Bot's Pokemon. Bots will always play as a random Pokemon each game. 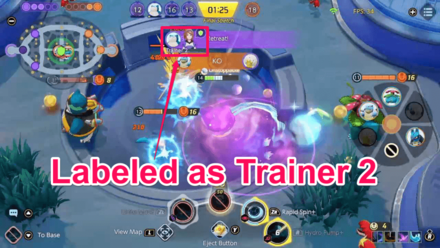 Bots are Pokemon that are controlled by an AI in place of a player. Players can play with or against them in certain game modes. Bots are labeled as Trainer during battles.

Does Not Provide Rewards 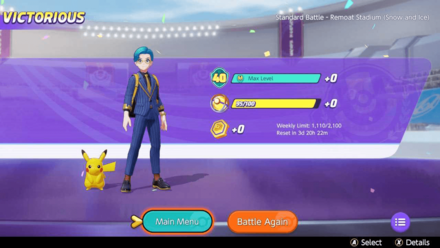 Bot matches do not give Aeos Coins and Aeos Energy after the match. They do not count as actual battles and won't be recorded the players' Battle Record. Moreover, it does not increase the Trainer Level.

No Penalty For Leaving 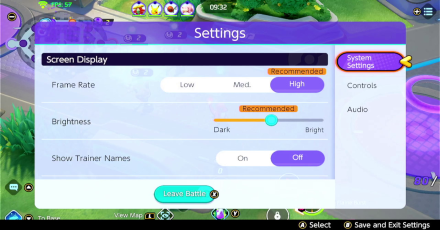 Unlike normal online battles, players can leave a bot match any time without getting penalized. They can simply go to the System Settings tab after opening the in-game menu and press the press the leave match button. Doing so ends the match immediately, players do not have to surrender.

In order for us to make the best articles possible, share your corrections, opinions, and thoughts about 「Vs. AI: How to Play With Bots | Pokemon UNITE」 with us!