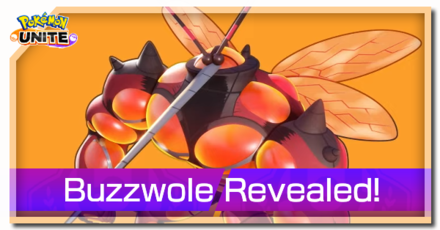 Buzzwole will join the Pokemon UNITE roster on August 3, 2022 (PDT) for the Nintendo Switch, Android, and iOS! Read on to learn Buzzwole's release date and time, its evolutions, stats, and some basic information!

Buzzwole has joined the Pokemon UNITE roster at 5:00 PM PDT.

The table below shows the date and times of different regions when Buzzwole released: 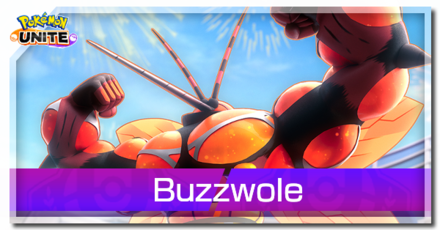 Buzzwole is bringing its A-game to Remoat Stadium! Check out our guide as well as the best builds and items for this Ultra Beast in this guide:

With all that muscle and stone-wall physique, Buzzwole is confirmed to be an All-Rounder!

Likely Has an Attack Stat

Looking at other Pokemon games, Buzzwole is often described as being a formidable, physical juggernaut. With this, we expect the new Pokemon to have an Attack stat like Lucario or Garchomp!

Like other All-Rounders in the game, we expect Buzzwole to have balanced stats, which will contribute to the role's highly adaptable playstyle.

All Pokemon Stat Values and Effects

Mentioned in Pokemon Presents 08.03, Buzzwole would have a passive ability called Beast Boost. This ability temporarily increases Buzzwole's movement speed and attack speed each time it KO an opposing Pokemon.

Superpower is Buzzwole's first official move that was revealed. The move has Buzzwole run at an opponent, grab them, then slam them to the ground, dealing damage to all Pokemon in the area of effect.

Ultra Swole Slam is Buzzwole's Unite Move. Buzzwole flies at high speed, dealing damage to all Pokemon in the area of effect. It then charges at the opponent with the lowest percentage of HP among those hit to deal more damage to it.

In order for us to make the best articles possible, share your corrections, opinions, and thoughts about 「Buzzwole Revealed! Release Date and Time | Pokemon UNITE」 with us!