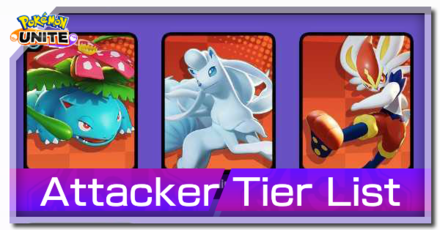 This is Game8's tier list for the best Attackers in Pokemon UNITE. Read on to know each Attacker's strengths, weaknesses, and how they measure up against each other in the current meta!

In order for us to make the best articles possible, share your corrections, opinions, and thoughts about 「Attacker Tier List: Best Attackers | Pokemon UNITE」 with us!