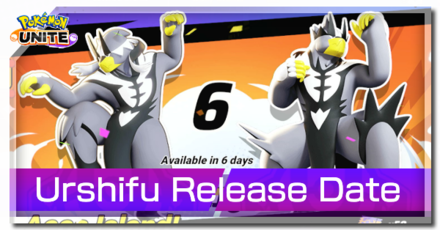 Urshifu is set to join the Pokemon UNITE roster on December 1st UTC for the Nintendo Switch, Android, and iOS. Read on to learn Urshifu's release details! 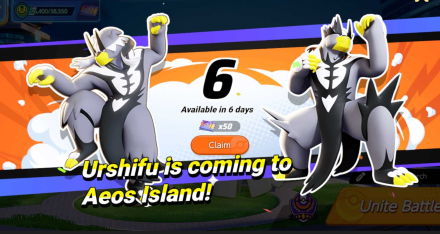 Urshifu is confirmed to release at 04:00AM UTC / 8:00PM PST (prev. day). The table below shows the date and times of different regions when Urshifu releases:

Urshifu's character spotlight dropped on November 30, 2022. Witness what this All-Rounder can do with its fists! 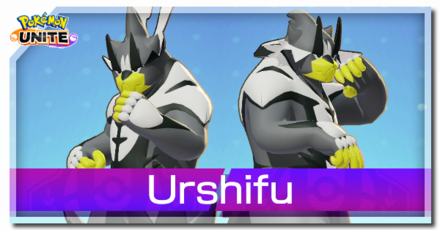 Urshifu is here to take on any opponents in its path! Check out the best builds and guide for Urshifu here:

Confirmed to Be an All-Rounder!

It has been confirmed in an official post that Urshifu will join as an All-Rounder! Play two different style with this awesome new All-Rounder!

Confirmed to Have Two Styles

It has been confirmed that Urshifu's two styles, Rapid Strike and Single Strike, will arrive in Pokemon UNITE! Choosing which style to play relies on which move you choose as Kubfu evolves!

Likely to Have Balanced Stats

Urshifu will likely be a Melee Pokemon with balanced offense and defense stats, which will contribute to the highly adaptable playstyle found in the All-Rounder role.

All Pokemon Stats and Effects 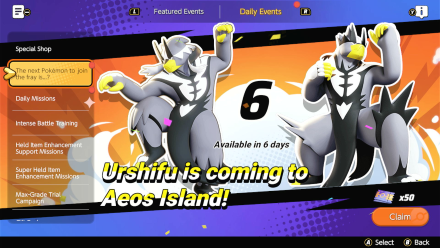 From November 25, 2022, Pokemon UNITE started a new login event that allows players to claim 50 Aeos Tickets daily. The event will conclude on Urshifu's release on December 1, 2022 UTC. That's a total of 300 Aeos Tickets if you complete all log-in days!

In order for us to make the best articles possible, share your corrections, opinions, and thoughts about 「Urshifu Revealed! Release Date and Moves | Pokemon UNITE」 with us!