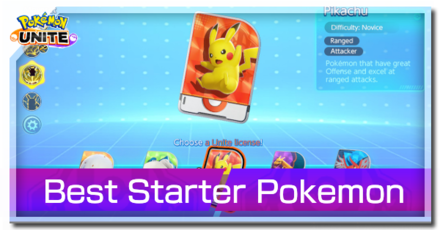 Once you start playing Pokemon UNITE you get to choose a free starter Pokemon. To learn which of the following starter Pokemon is the best, make sure to read our guide!

Pikachu is a great Attacker for dealing massive amounts of damage. Its arsenal of moves have the ability to either stun or slow opponents, making it effective during team fights. The only thing that Pikachu suffers from is having no escape abilities aside from its Unite move. Once Pikachu is in a fight, it has to fight. An Eject Button can only delay the inevitability of being in battle, especially if you are alone in a lane.

Snorlax is Built For the Front Line

Snorlax is a high-HP Pokemon that can take a lot of damage from enemy Pokemon. Snorlax also has a crowd control moves that allows it to block enemies from pushing past it! Beyond being a strong Defender, however, Snorlax also excels in dishing out decent amounts of damage with its Flail. Its Heavy Slam attack also deals good crowd control.

Charizard is a Dependable Fighter

Charizard is a flexible All-rounder Pokemon that deals consistent damage throughout the game. Having balanced stats makes it a great Pokemon for brawls. If you are seeking a decent mix of offense and defense, you can rely on Charizard to achieve that goal.

Talonflame Bursts Down Its Prey

Talonflame has little to no Defense and is very easily brought down by crowd control effects. However, what it lacks in Defense, it more than makes up for with its offensive capabilities. Talonflame can burst down its enemies in the blink of an eye, especially with the amount of damage it can dish out. Even Defenders will need to keep an eye out when a Talonflame is in the field. Not to mention, Talonflame becomes untargetable when it uses Fly.

Eldegoss is a great support Pokemon that can heal allies, grant positive buffs to the team, and also cripple the enemy team with crowd control. Eldegoss has powerful defensive moves that make up for the lackluster offense, making it a solely support choice Pokemon. However, if you plan on playing matches ins Solo Queue, bringing Eldegoss is not ideal.

Which Pokemon Did you Choose?

Can You Switch Starter Pokemon?

The Starter Pokemon Choice is Final 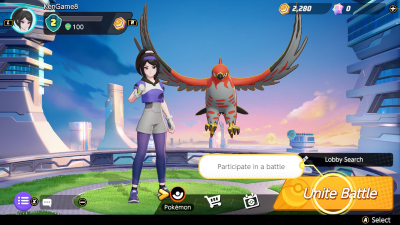 Only the starter license you choose will be free. The Pokemon which are not chosen can be unlocked using Unite Licenses. The rest of the licenses will require you to spend Aeos Coins or Aeos Gems to unlock them. Licenses will have varying prices, with some being more expensive than others. Check out our guide below to see which Pokemon to buy first for beginners!

In order for us to make the best articles possible, share your corrections, opinions, and thoughts about 「Best Starter Pokemon and All Starters | Pokemon UNITE」 with us!