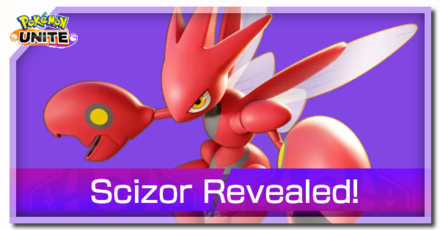 Scizor and Scyther is set to join the Pokemon UNITE roster on September 28, 2022 for the Nintendo Switch, Android, and iOS. Read on to learn pre-release moves, stats, information, and the release details!

Scizor is set to release on September 28, 2022! The new Pokemon's release will be part of Phase 2 of Pokemon UNITE's first anniversary!

The new Pokemon released at 5:00 PM PDT / 12:00 AM UTC. The table below shows the date and times of different regions when Scizor released: 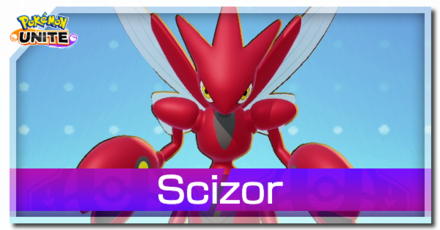 Scyther or Scizor? The choice is yours.

Check out this Pokemon's guide, how to play, and best builds right here: 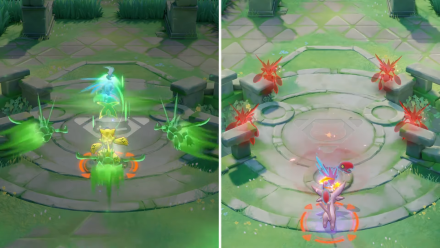 According to moves teasers prior to Scizor's release, choosing a specific move would ensure that the player would be playing as Scyther or Scizor the whole match! This is a very unique mechanic introduced with this Pokemon!

Scyther or Scizor? It's Your Choice

Looking at which move inhibits or triggers evolution, it seems Scyther has an assassination playstyle while Scizor prefers a duelist approach!

With its short ranged moves and dashes, Scizor looks to have similar gameplay to All-Rounders in the roster. It is likely that the Pokemon will have balanced stats.

Learning Dual Wingbeat ensures that players will play as Scyther for the whole match.

The first official move revealed for Scizor's first evolution, Scyther, is Dual Wingbeat. Scyther performs a slash in front of itself, dealing damage to enemies in an X-shaped area. If there are enemies hit in the center of the X-shaped area, it restores Scyther's HP.

Learning Bullet Punch ensures that players will play as Scizor for the whole match.

Bullet Punch has the user dash in a specific direction and strike opponents with multiple, precise punches. If Scizor hits an opponent, Bullet Punch's cooldown is reduced and recovers HP based on damage dealt!

It is revealed in the announcment video that Scizor will have a different Unite move depending on which evolution you have it on. For Scyther, we see the Pokemon charge a single target with multiple phantoms, and it is officially called Green Illusion Dive. For Scizor, we see something similar with red phantoms, but only Scizor launches the attack, and it is officially called Red Illusion Dive. 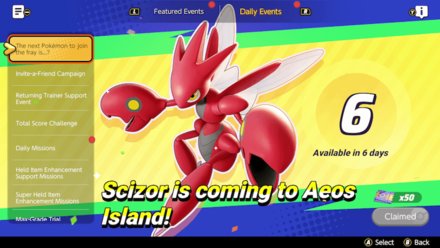 In order for us to make the best articles possible, share your corrections, opinions, and thoughts about 「Scizor and Scyther Release Date and Time | Pokemon UNITE」 with us!