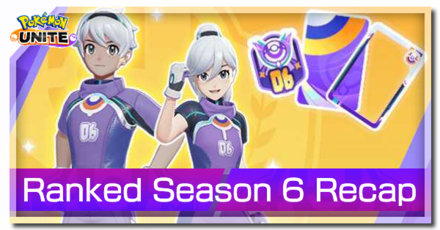 Ranked Season 6 in Pokemon UNITE is almost ending! Take a look back on the third Season of Pokemon UNITE with Game8's recap of Season 6. See which Pokemon was the best, the most improved Pokemon, the best New Pokemon, and more! 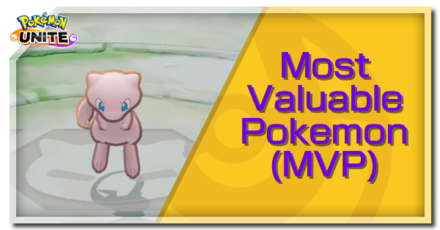 Mew takes its place as Season 6's MVP! This Pokemon was sought after ever since its announcement, and eventually skyrocketed into fame when it was finally released. Its unique ability to change its moves throughout the match brings something new to the game, and makes it an incredibly versitile Pokemon. Being the most picked Pokemon in ranked games and its consistent SS-Tier ranking proved its worth and strength in the game. 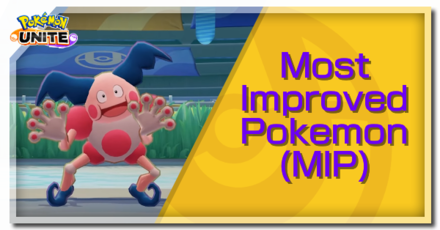 It comes as no surprise that Mr. Mime is Season 6's MIP. The Pokemon went under the radar for a considerable amount of time due to the landslide of new Pokemon. It suddenly came under the spotlight when it was reworked in the 1.7.1.2 Update, increasing in usage and climbing the Tier List. It was argubly a broken Pokemon at that point. However, it did received nerfs not long after as an attempt to balance the Pokemon. Nonetheless, Mr. Mime managed to gain a well-derserved foothold in the current meta.

Game8 chose Mew as Season 6's best Attacker. Being Season 6's MVP, it's only right that Mew is also crowned as the best Attacker. The impact it had in the current meta proved how effective the Pokemon is, especially in the right hands. Its ability to change its moves throughout the match opens up a variety of unique plays that only Mew can achieve, setting it apart from other Pokemon.

Game8 chose Absol as Season 6's best Speedster. It kept its Tier List placement despite receiving nerfs. It was also consistent in its usage in ranked games, staying mostly in the top 10. It remains as the king of critical-hits, shredding through even the toughest Pokemon.

Game8 chose Tsareena as Season 6's best All-Rounder. It's argubly the most reliable and strongest All-Rounder in the current meta. Its kit is essentially flawless since any move combination is as effective as the other. It remained as dominant as it was when it was released and never fell off once despite numerous patches.

Game8 chose Snorlax as Season 6's best Defender. Its high durability coupled with an arsenal of crowd control moves makes it the quintessential Defender. It's effective from start to end thanks to its scaling, and it never falls off as the game progress.

Game8 chose Mr. Mime as Season 6's best Supporter. This should also come as no surprise given the impact the Pokemon made in the current meta as a result of its rework. It literally rose from the dead and surpassed even the most established Pokemon. Despite receiving nerfs shortly after its rework, it nonetheless became a staple pick in the current meta and will probably be for a long time.

Game8 has chosen these two as Season 6's best holowears. The effects these holowears have are definitely satisfying to watch and experience. They are also holowears for the top two most picked Pokemon in the current meta, making them quite prestigious. 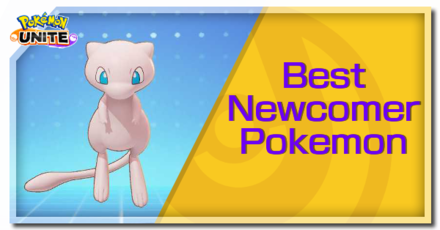 Game8 chose Mew as Season 6's best Newcomer. Mew was one of the most sought after Pokemon when the second phase of the anniversary was announced. Although not much was known about the Pokemon back then, everyone's expectation was quite high. When it was finally revealed, it lived up to the hype it was given and, argubly, even went beyond. Its ability to change its moves throughout a match is something revolutionary since it's the only Pokemon that can do that. Its impact in the meta remains unmatched as shown in its drastic rise in usage and tier list ranking.

Due to the new default map, the meta changed drastically compared to the old map. The new meta puts more importance in the top lane because of Regieleki, contradicting the bottom-lane and Drednaw meta in the old map. 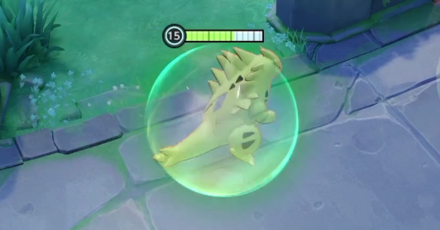 Another notable meta change is the decline in the importance of securing the final boss during the last two (2) minutes of the match. In the old map, taking Zapdos is always the most significant objective in the game due to its effects on the goal zones. However, because Rayquaza's effects only give a shield and faster scoring speed, securing it makes far less impact in the game compared to Zapdos since players have a higher chance of stopping their opponents from scoring.

In order for us to make the best articles possible, share your corrections, opinions, and thoughts about 「Game8 Ranked Season 6 Recap | Pokemon UNITE」 with us!