Season 2 Battle Pass: List of Rewards | Is it Worth It? | Pokemon UNITE 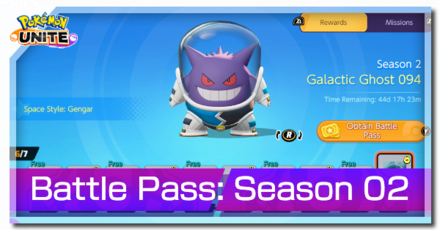 Season 2 Battle Pass: Is It Worth It? 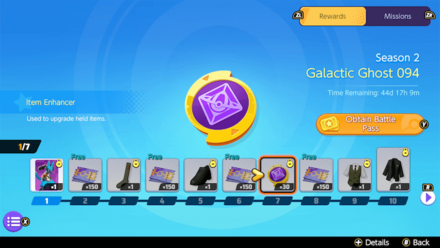 In our opinion, the value that you get for buying it really isn't that appealing. However, if you're a fan of either Lucario or Gengar, you might want to consider buying it! Gengar especially has some unique animation changes to their Unite Move and the teleport function. 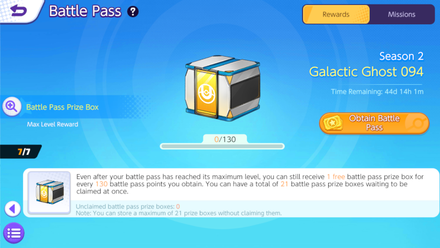 After maxing out your Battle Pass, you will be able to receive a special Battle Pass prize box every time you earn 130 Battle Pass Points. You can currently earn a max of 21 Battle Pass Boxes. The items you can earn from this box is listed below.

Daily missions are reset every day at 5 pm PST. This will end the missions from the previous day. The following are mission types and their rewards for Daily Missions:

The following are mission types and their rewards for the seventh and final week week of Season 02:

Season Missions will last throughout the entire Battle Pass season. The season will end on November 7, 2021 at around 12AM UTC.

Post (0 Comments)
Opinions about an article or post go here.
Opinions about an article or post
We at Game8 thank you for your support.
In order for us to make the best articles possible, share your corrections, opinions, and thoughts about "Season 2 Battle Pass: List of Rewards | Is it Worth It?" with us!
When reporting a problem, please be as specific as possible in providing details such as what conditions the problem occurred under and what kind of effects it had.