Season 1 Battle Pass: List of Rewards | Is it Worth It? | Pokemon UNITE 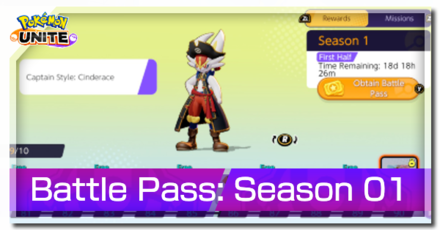 The Season 1 Battle Pass in Pokemon UNITE for the Nintendo Switch and Mobile provides players with unique Holowear, multiple Trainer outfits, and currency. Read on to know when battle pass Season 1 ended, the rewards for Season 1, all missions, as well as if the rewards are worth it, and more!

The Season 1 Battle Pass has already ended last September 22. This shares the same date with the Mobile Release of Pokemon UNITE.

Battle Pass Season 1 has ended so Daily Missions are no more!

The following are mission types and their rewards for the last week of Season 01:

The season will end at around September 22

Season 1 Battle Pass: Is It Worth It? 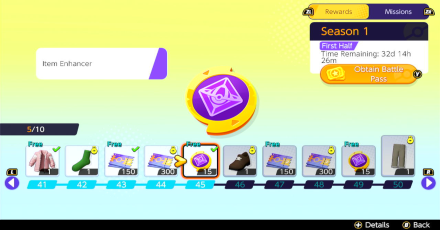 The free version of the battle pass already gives a lot of Aeos Tickets and Item Enhancers.

The additional Aeos Tickets exclusive to the paid version of the Battle Pass are hard to pass up, especially since you need them to purchase Item Enhancers which are used to upgrade Held Items.

Our suggestion is to buy it only if you're in dire need of Aeos Tickets or fans of either Cinderace or Pikachu!

In order for us to make the best articles possible, share your corrections, opinions, and thoughts about 「Season 1 Battle Pass: List of Rewards | Is it Worth It? | Pokemon UNITE」 with us!