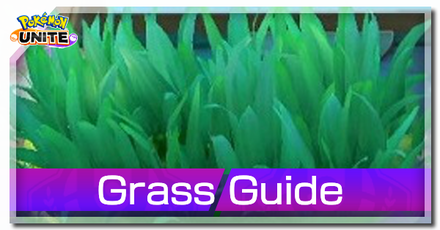 All maps in Pokemon UNITE have grass areas that Pokemon can take advantage of to win matches. This is a guide on how the grass mechanic works. Read on to learn about what grass is, how it works, and how to take advantage of it.

Grass are tall bushes found all across the battle arena in Pokemon UNITE. It obscures your opponent's vision, and makes you become invisible to enemies (but visible to allies), making it hard to target you. Note that if an enemy enters the same bush you are in, you will both be visible to each other.

How To Use Grass

Use for Surprise Attacks 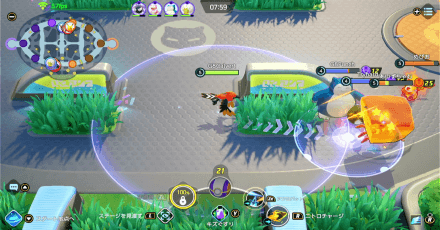 You can do surprise attacks from the grass by hiding in it and waiting for enemies to approach. Enemies may get caught off-guard as you are invisible in grass.

It is more ideal to wait for them to pass you and come out from behind them to cut off their escape.

Use for Ganking Unsuspecting Opponents

Ganking is the act of coming from outside a certain lane and attacking enemies in that lane. This is mostly done by Junglers after spending time in the central lane, which we call the Jungle.

Grass is essential in ganking because if an opponent sees you coming from afar, they are going to simply run away. Tall Grass found between the Jungle and the lane is intergral to catching them by surprise and being able to defeat opponents.

You can stop Pokemon from accurately targeting you. If your enemy is dependent on narrow skillshots like Greninja's Water Shuriken, try to lose them in the grass to avoid getting hit.

Take note that you can still be hit by skills while in grass, it just makes it more difficult to see you.

Use to Harass Enemies in Lanes

Pokemon can harass enemies from a safe position inside grass areas. Generally, Attacker Pokemon are best used in this scenario because of their long attack range, high attack damage, and ranged moves. Enemies will not be able to see Pokemon while inside grass areas even when casting moves.

Use to Recall Safely 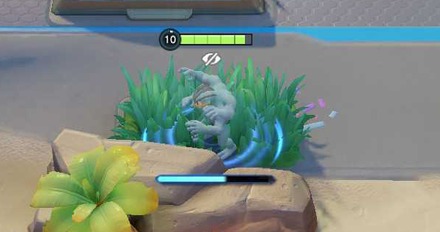 Since recalls can be cancelled when a Pokemon is attacked, it is best to hide inside grass areas before recalling to prevent from being attacked. This puts Pokemon at a much safer position, and will most likely lead to a successful recall. The only way for enemies to stop the recall is to go inside the grass area, which gives ample time for Pokemon to recall.

This method is best used when trying to retreat from pursuing enemies or because of low health.

Use to Secure Wild Pokemon Kill 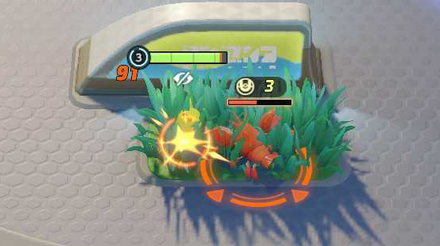 Wild Pokemon are also concealed from other Pokemon when inside grass, and the only way to see them is to go inside the same grass area. Players can utilize this game mechanic to lure wild Pokemon inside grass areas to secure a kill to get EXP and collect points. This prevents the enemy from attempting to steal wild Pokemon.

However, it is important to note that wild Pokemon will eventually go back to their initial spawning position after a few seconds of getting lured. For this strategy to successfully work, the wild Pokemon must be defeated as quickly as possible to ensure a safe kill.

Attacker type Pokemon are best for this strategy since they have long attack range, and can burst down wild Pokemon quickly, but any Pokemon with long attack range is generally okay to use.

How to Lure Wild Pokemon Inside Grass

In order for us to make the best articles possible, share your corrections, opinions, and thoughts about 「Grass Guide: How Does Grass Work? | Pokemon UNITE」 with us!