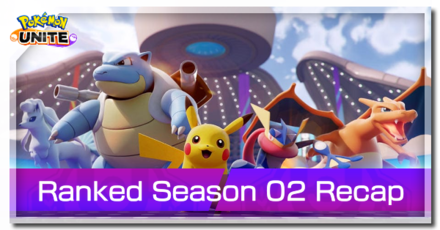 Ranked Season 2 in Pokemon UNITE is almost ending! Take a look back on the second Season of Pokemon UNITE with Game8's recap of Season 2. See which Pokemon was the best, the most improved Pokemon, the best New Pokemon, and more! 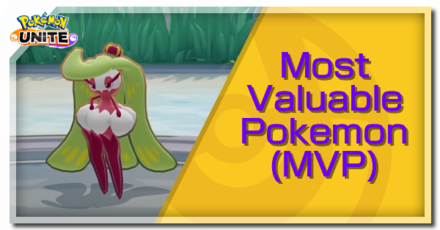 Tsareena takes the crown as Season 2's Most Valuable Pokemon. Tsareena delivered everything it was promised to be from its announcement. When it was finally released, it gave more than what players expected to get from the Pokemon. Tsareena's unique mechanic via its Queenly Majesty passive gave her so much mobility, sustain, and damage, enabling her to take on groups of enemies all at once. Once Tsareena fully evolves, it can easily dominate games or turn things around. 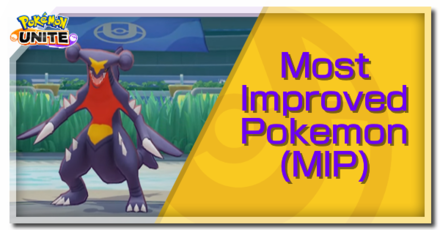 Game8 chose Garchomp as Season 2's Most Improved Pokemon. Garchomp received multiple buffs across the many updates. The first notabale change came in the 1.3.1.2 update where Garchomp's scaling was improved, enabling Garchomp to reach its power spike faster/earlier. Lastly, Garchomp recieved yet another major change in the 1.4.1.2 update where it added effects to all of its basic moves, making them more effective as a result.

These two major changes boosted Garchomp's potential, especially in the late game, and are the reason why Game8 chose Garchomp as MIP for Season 2.

Game8 choose Venusaur as Season 2's best Attacker. Despite getting nerfed, Venusaur's late-game potential via Giga Drain and Petal Dance still dominates games, endlessly sustaining HP and dealing damage against entire teams. Furthermore, a Sludge Bomb - Solar Beam Venusaur became more viable to use in matches, although not as effective the other moveset.

Game8 chose Talonflame as Season 2's best Speedster. Talonflame's incredible mobility, high-burst damage, and easy objective stealing makes it the most effective Speedster in the game. Talonflame has also moved up in our Tier List, starting off as a humble A-tier Pokemon to a well-deserve S-tier.

Game8 chose Tsareena as Season 2's best All-Rounder. Tsareena is one of the most well-received Pokemon when it was released, dominating games and being a contender against the well-established Lucario. Furthermore, Tsareena became much stronger after the 1.3.1.7 Update, receving a stat fix and boosting its scaling.

Game8 chose Eldegoss as Season 2's best Supporter. Eldegoss has always been a must-pick Pokemon for any team composition, buffing its allies and providing endless healing and shielding. Eldegoss remained consistent in its Tier List placement, starting off as only an A-tier Pokemon but was later moved up to a well-deserved S-tier. Since then, it remained at that spot and has never fallen off.

Game8 has yet again decided to have a three-way tie for this season's best Holowear, namely Adept Style: Machamp, Sunshine Style: Venusaur, and Shrine Style: Crustle. All three holowear fit perfectly to its Pokemon's nature and personality. 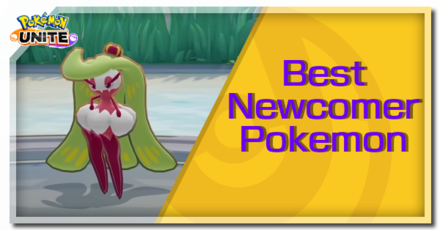 Game8 chose Tsareena as Season 2's Best Newcomer. Tsareena lived up to players' expectations when it was announced and did not disappoint. In truth, Tsareena was deemed by many as being too OP (overpowered) and deserves a nerf quickly. It has even come to a point where Tsareena became the number 1 contender to replace Lucario as the best Pokemon in the game, although it was never truly discussed.

However, some argued otherwise, saying Tsareena is blanaced since it takes time before she reaches her full power spike. Whichever the case maybe, it's without a doubt that Tsareena deserves to take the title as Season 2's Best Newcomer. 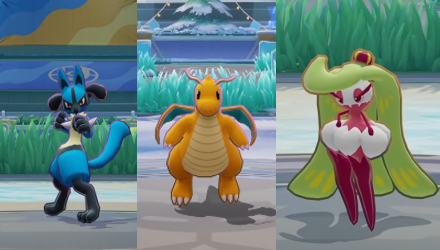 With the addition of Dragonite and Tsareena to the roster, season 2 games shifted towards an All-Rounder meta. Both are incredibly versitile, taking jungler roles away from Pokemon like Greninja, who used to be the best jungler in the game, but have also strong lane presence. Once they reach their power spikes, they can easily take over games.

These two new Pokemon along with the ever powerful Lucario completely changed how games are played both casually and in tournaments.

Dragonite's Unite Move, Draco Impact, is the first of its kind in the game, allowing players to quickly traverse long distances and join their team in fights. It can also be used in creative ways, such as a way to survive fights with Buddy Barrier equipped.

The global range coupled with its unique distance-based recharge mechanic made the Draco Impact such a powerful and effective tool. It definitely took over the meta, especially when Dragonite was released. 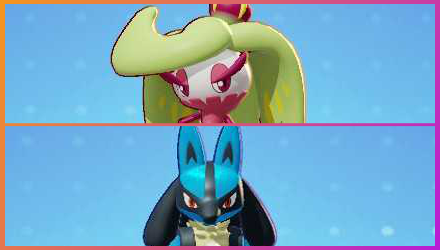 Lucario has long been the reigning Pokemon in the game, dominating games with its fast and hard-hitting combos. However, when Tsareena came into the game, its clear that she will eventually dethrone Lucario as the best Pokemon.

Tsareena shares most of Lucario's features, having shielding, healing, cooldown reductions/resets, and mobility. But Tsareena's advantage over Lucario is her straight-forward moves, making Tsareena easier to use compared to Lucario.

In order for us to make the best articles possible, share your corrections, opinions, and thoughts about 「Game8 Ranked Season 2 Recap | Pokemon UNITE」 with us!