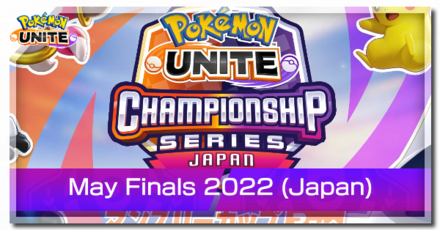 Want to know a quick summary of the things that happened in the Japan May Finals? Read on to see the most used Pokemon, the Pokemon with the best win rate, the most used battle and held items, lanes for each Pokemon, where to watch the stream, as well as highlights that defined this tournament! 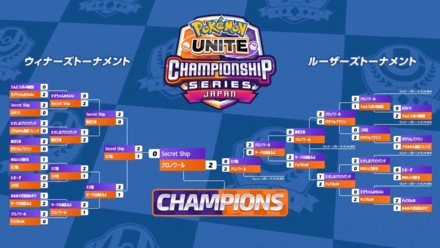 クロノワール (Chronoir) won 2 - 0 in the Grand Finals Reset against Secret Ship, taking the title of JP May Finals Champions!

Secret Ship managed to defeat クロノワール (Chronoir) in a nail-biting 2 - 1 in the Grand Finals, forcing a Grand Finals Reset.

Championship Points Tally (as of May Finals 2022) 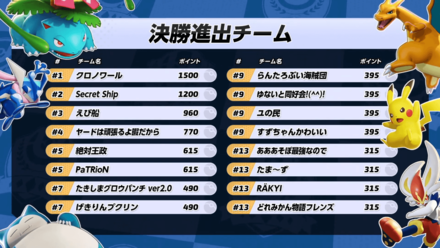 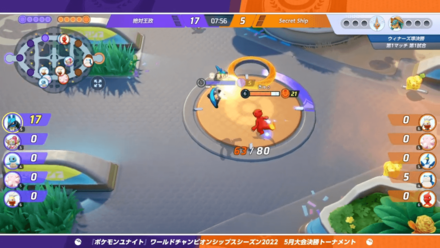 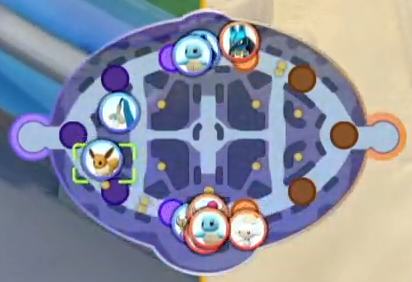 One notable strategy that JP teams do is splitting their jungle camps into two, upper-half and lower-half, at the start of the match. This strategy ensures that every one in the team gets as much exp. as possible, allowing them to level up faster. However, this means they'll have two (2) junglers at the start. 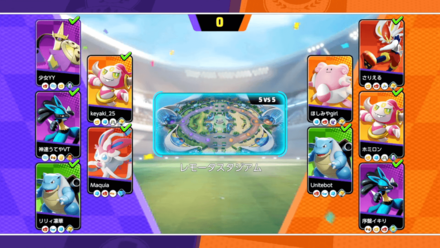 Much like the NA May Finals, there were three recurring core picks that teams go for throughout the tournament. The first one is Lucario, acting usually as a solo top laner. The second and third are Blissey and Hoopa, taking the support duo role. 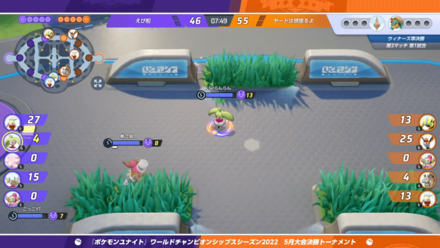 In certain matches, there were teams that picked Tsareena as an alternative solo top laner pick to Lucario.

Hoopa has yet again dominated the tournament with the highest pick rate! This time, Hyperspace Hole was the premiere choice, proving that it is essential for any team to have. We saw countless plays where Pokemon are constantly teleported back and forth to their bases and fast lane transitions via goal zones. 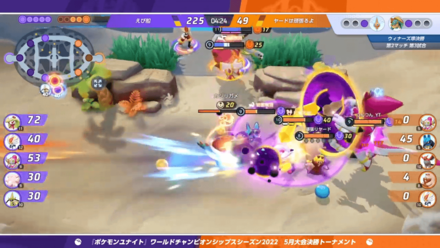 JP teams are notable for pioneering the score comp strategy where the focused solely on aggressively scoring throughout the game, and treating objectives like taking boss Pokemon at the sides as secondary. However, after the 1.5.1.2 Update, this strategy was no longer viable. As a result, JP teams revert to the tried-and-tested objective-based gameplay with a more or less traditional team composition.

Even though the scoring strategy is no longer viable, the team Secret Ship showed us that Pokemon like Wigglytuff and Dragonite can still dominate clashes when used correctly. Wigglytuff, in particular, acted as a counter to Hoopa by taking advantage of the mass shields from Starlight Recital whenever Rings Unbound was deployed. This gave the whole team extra protection to fight back against the teleporting enemy. Additionally, making the all allies immune to hindrances for a short time meant that Hyperspace Fury and Psybeam were not as effective.

The tournament saw the return of Speedsters, namely Talonflame and Zeraora. Because of their high mobility, they mainly focused on knocking down high priority targets like Cinderace, Hoopa, and other low HP opponents they can pick off before team fights happen. While both of them contributed to the burst meta, the strategy did not leave much of an impact as sturdy, heavy-hitters like Aegislash and Blastoise still kept the Speedsters at bay.

List of Speedsters: All Speedster Pokemon and Best Builds

Pokemon not shown here were not picked during May Finals Japan.

Battle Items not shown here were not picked during May Finals Japan.

Held Item not shown here were not used during May Finals Japan.

Pokemon not shown here were not picked during May Finals Japan.

The full livestream for the Japan May Finals is available in the official YouTube channel of Pokemon UNITE. They usually stream the Monthly Finals so try catching it on scheduled times!

In order for us to make the best articles possible, share your corrections, opinions, and thoughts about 「May Finals Analysis (Japan) - UNITE World Championship Series | Pokemon UNITE」 with us!