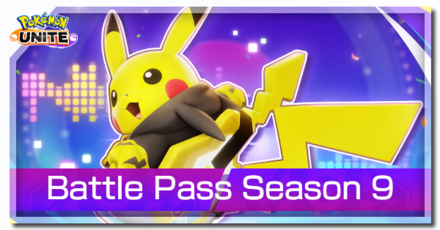 Season 9 of the Battle Pass in Pokemon UNITE for the Nintendo Switch and Mobile brings new Trainer Outfits and Holowear! Read on to know if the Battle Pass is worth it, all season 9 rewards, Prize Box, all missions, end date, and more!

The Season 9 of the Pokemon UNITE Battle Pass started on July 21, 2022 and will run for 43 days! Grind those missions to maximize the rewards!

Season 9 Battle Pass: Is It Worth It? 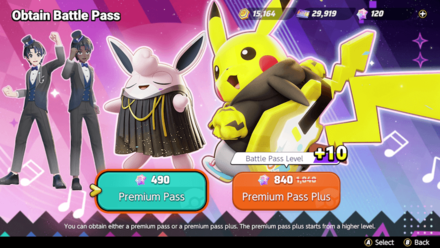 The free version of the battle pass already gives a total of 1050 Aeos Tickets, 270 Item Enhancers, and 400 Aeos Coins.

Buying the Battle Pass will give you an additional 2100 Aeos Tickets, 90 Item Enhancers, and 80 units of the new Battle Pass Special Ticket!

Buying the Battle Pass will give you an additional 2100 Aeos Tickets and 90 Item Enhancers plus additional 80 Battle Pass Special Tickets! In addition, paid Battle Pass is worth it if you're a fan of either Wigglytuff or Pikachu because you're gonna get their special, limited edition Holowears. 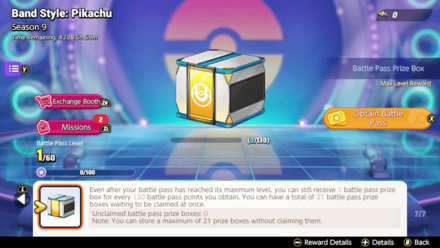 The currently available exchange booth for the Special Tickets is tied to the current Battle Pass season.

The following are mission types and their rewards for the seventh and final week of Season 9:

The following are mission types and their rewards for the first week of Season 9:

The following are mission types and their rewards for the second week of Season 2:

In order for us to make the best articles possible, share your corrections, opinions, and thoughts about 「Season 9 Battle Pass: End Date and Rewards | Pokemon UNITE」 with us!