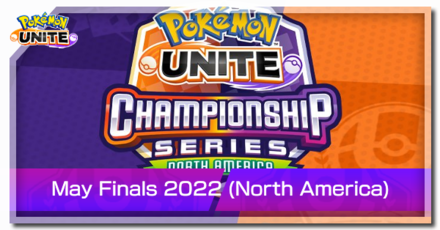 Want to know a quick summary of the things that happened in the May Finals? Read on to see the most used Pokemon, the Pokemon with the best win rate, the most used battle and held items, lanes for each Pokemon, where to watch the stream, as well as highlights that defined this tournament!

Gaimin Gladiators are the NA May Finals Champions! 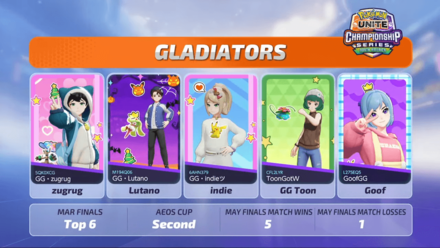 GG Suffered a 0 - 2 Defeat in the Grand Finals 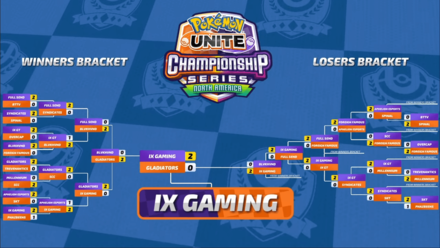 Before taking the May Finals Championship, Gaimin Gladiators suffered a 0 - 2 defeat against IX Gaming, forcing a grand finals reset.

Championship Points Tally (as of May Finals 2022) 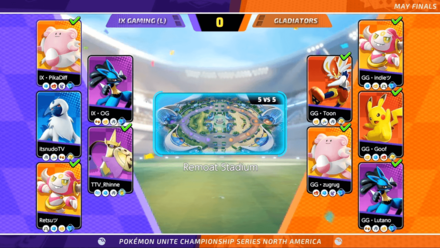 There were three recurring core picks that teams go for throughout the tournament. The first one is Lucario, acting usually as a solo top laner. The second and third are Blissey and Hoopa, taking the support duo role. 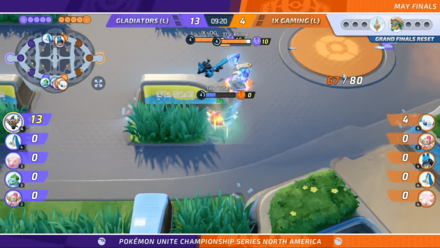 In certain matches, there were teams that picked Trevenant as an alternative solo top laner pick to Lucario. They utilized the Pokemon's high sustain and disable with Horn Leech for team clashes. 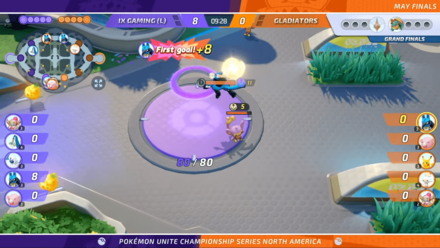 One repeating strategy that teams do throughout the tournament is equipping stackable damage items like Attack Weight and Sp. Atk. Specs, and racking up damage as soon as possible by scoring in the early game, particularly for their main damage delears. This strategy fits well into the current burst damage meta, maximizing the Pokemon's damage output. 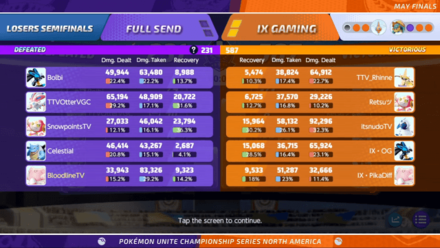 The team IX Gaming was able to utilize this strategy to its full potential by consistently scoring points with Absol. The strategy proved to be effective as they were able to sweep the match against Full Send with Absol doing almost 100k damage in a single game!

Though Energy Amplifier does not have a high pick rate, its usuability seemed to have increased as it Lucario players are dabbling with the item. Here, Lucario players took advantage of the increased in damge after activating Aura Cannon to burst down targets with a deadly Power-Up Punch. 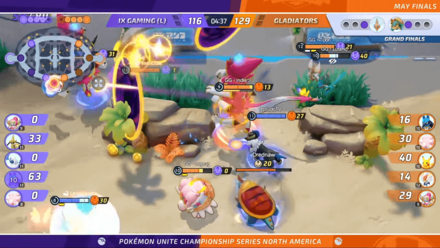 North American teams have always adopted the tried-and-tested objective-based gameplay, focusing mainly in securing both Drednaw and Rotom as many times as possible in order to get a significant level advantage when Zapdos spawns. This strategy has not changed in this tournament as all matches have the same flow.

For this tournament, the best pick for the Jungler role is Aegislash! We saw how it can effectively transition to lanes and pressure even highly durable Pokemon like Lucario and Blastoise. Moreover, Aegislash was able to go square-off against Absol in the damage race thanks to its Boosted Attack mechanic. With Aegislash being able to sustain itself with heals from its Shield Forme, The Pokemon proved to be a dependable jungler for competitive play.

Pokemon not shown here were not picked during May Finals North America.

Battle Items not shown here were not picked during May Finals North America.

Held Item not shown here were not used during May Finals North America.

Pokemon not shown here were not picked during May Finals North America.

Where to Watch May Finals 2022 (North America)

For the start of the North American March Finals stream, skip to the 04:07:00 timestamp.

The full livestream for the May Finals is available in the official YouTube channel of Pokemon UNITE. They usually stream the Monthly Finals so try catching it on scheduled times!

In order for us to make the best articles possible, share your corrections, opinions, and thoughts about 「May Finals Analysis (North America) - UNITE World Championship Series | Pokemon UNITE」 with us!