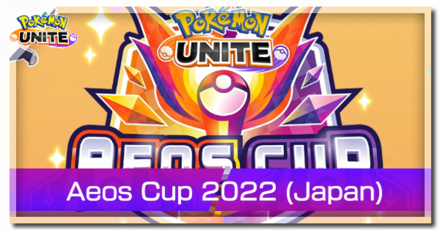 Want to know a quick summary and analysis of the things that happened in Aeos Cup 2022 Japan? Read on to see the most used Pokemon, the Pokemon with the best win rate, the most used battle and held items, lanes for each Pokemon, where to watch the stream, as well as highlights that defined this tournament! 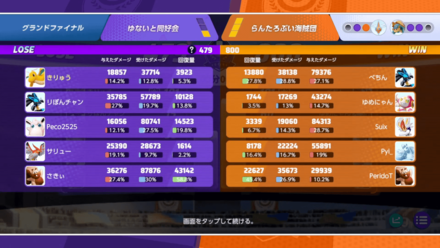 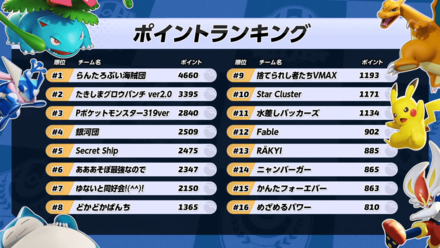 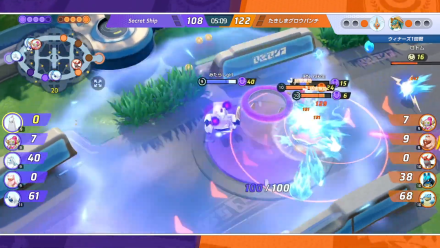 The nerf Duraludon received in version 1.4.1.10 significantly reduced its overall damage potential and its ability to dominate in team fights. This made it less effective in pressuring the opposing team as its Dragon Pulse setups demanded more attention than ever before. Moreover, as more teams utilize Hoopa, the shields from Trick are enough to stave off Duraludon's burst damage. Because of this, the Pokemon's pick rate fell drastically and only one team in the whole tournament used Duraludon.

Effects on the Meta

The fall in picks means that its direct counter, Decidueye, is no longer as powerful in the current meta. Moreover, the absence of tournament staples like Pikachu and Eldegoss, which were easy for Duraludon, made it possible for teams to utilize Pokemon like Alolan Ninetales and Greninja. Finally, Full Heal was not as essential for going against Duraludon after the nerf. 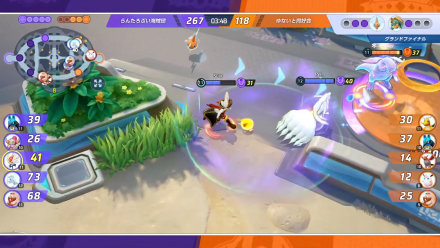 With its high amounts of damage to melt through targets while being able to reposition itself, Cinderace became a reliable Attacker for pushing goal zones and picking off single targets. We saw multiple plays where Cinderace was able to stop the enemy Greedent from making disruptive plays, as well as shutting down support opportunities from Hoopa. 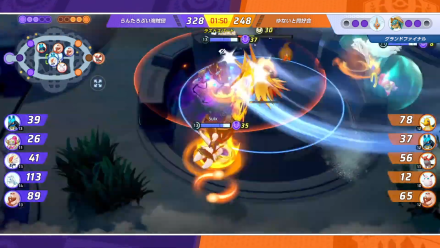 Having Cinderace as the team's dedicated carry meant that securing objectives like Drednaw or Zapdos was more efficient as the team can continue pushing the lane after getting the bonus shields. Running av Scope Lens means that Blaze Kick deals increased damage on top of the fast auto-attacks, which was effective 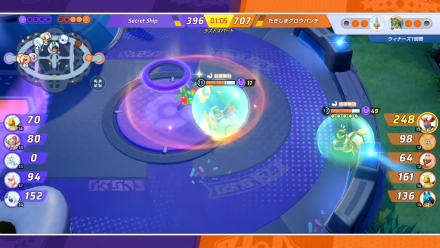 The scoring strategy, which comprises taking advantage of Score Shield's uninterruptible effect, makes a strong return. This time, the composition goes all-in with long-distance scoring shenanigans from Talonflame and Dragonite, to the hard-hitting slam and endless Belch from Greedent. The strategy proved to be effective as we saw multiple plays where the scoring team was able to score high amounts of points in the final stretch of the match, even when the opposing team secures Zapdos. 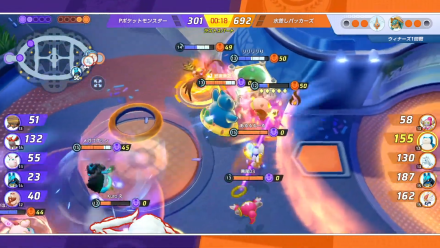 The strategy saw a new counter in the form of utilizing Snorlax's innate durability and disabling moves. The Heavy Slam to Block combo can prevent multiple scoring attempts by pushing them off the goal zone entirely. This gives enough time for shield bonuses from Unite Moves or Buddy Barrier to wear off. 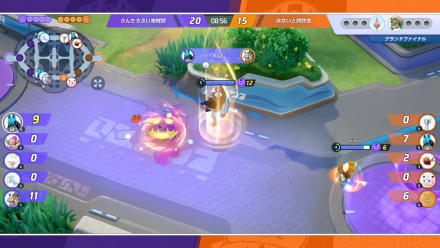 Full Heal saw a high pick rate among Lucario players. Running this Battle Item allows them to not only negate potential Dragon Pulse marks from Duraludon but also give more protection from going against lane disablers like Wigglytuff or Alolan Ninetales while stacking Attack Weight bonuses. Moreover, with the prevalence of a two-man Top lane, having protection against stuns and knockbacks makes it easier for Lucario to retreat whenever it gets caught by multiple enemies. 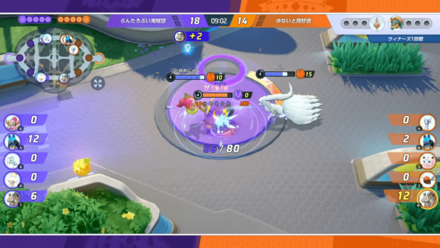 A consistent duo picked by teams throughout the tournament are Alolan Ninetales and Hoopa, acting as a damage dealer and a support, respectively. This duo always shares a lane, whether the top lane or bottom lane. 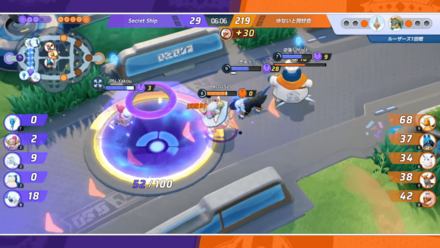 Trick is usually the go-to move learned by Hoopa before. However, teams that picked the duo learns Hyperspace Hole instead, allowing them to rotate lanes and secure objectives faster. 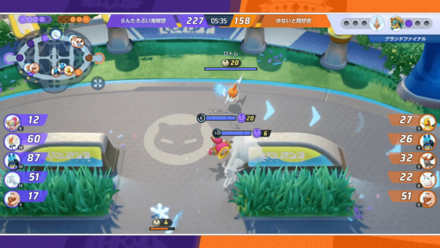 One consistent strategy that teams do is focusing on taking Rotom for themselves. This strategy puts pressure in the enemy's top lane, forcing them to rotate to the lane to defend it. If the enemy fails to defend it and Rotom enters their goal, the pushing team will score every point they have until the goal is destroyed. 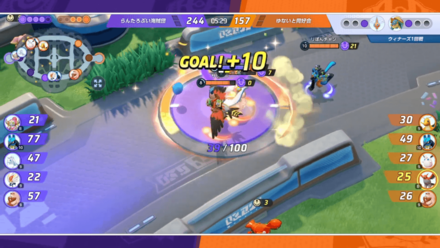 The goal of this startegy is to open the top lane as soon as possible in the hopes of taking the last Rotom moments before the 2:00 minute mark, pressuring the enemy to defend their central goal while the team takes Zapdos. 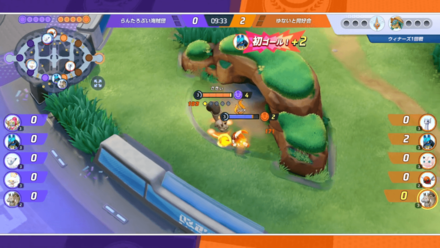 Much like past tournaments, teams pick Greedent to invade the enemy team's jungle, stealing points and exp. from the enemy jungler. 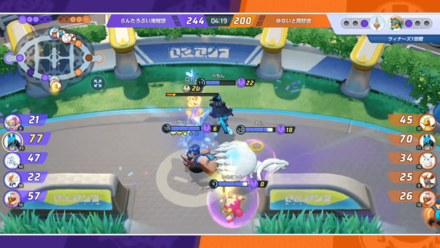 When teams pick Greedent, most of them equip Fluffy Tail as their battle item. Its purpose is mainly to make securing objectives faster, but it's also used to farm wild Pokemon.

Pokemon not shown here were not picked during Aeos Cup Japan.

Battle Items not shown here were not picked during Aeos Cup Japan.

Held Item not shown here were not used during Aeos Cup Japan.

Pokemon not shown here were not picked during Aeos Cup Japan.

The Aeos Cup 2022 was streamed live on the official Japanese Pokemon UNITE Youtube account and ran for two (2) days from April 23 to April 24, 2022. Day 1 will consist of all the games from the tournament until the final six (6) teams remain. The remaining teams will then advance to Day 2 and compete for the title of Aeos Cup Champion!

For the full schedule of the World Championship Series, check out this article:

In order for us to make the best articles possible, share your corrections, opinions, and thoughts about 「Aeos Cup 2022 Analysis (Japan) - UNITE World Championship Series | Pokemon UNITE」 with us!