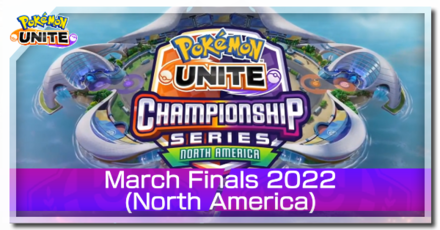 Want to know a quick summary of the things that happened in the March Final 2022 (North America)? Read on to see the most used Pokemon, the Pokemon with the best win rate, the most used battle and held items, lanes for each Pokemon, where to watch the stream, as well as highlights that defined this tournament!

Team Blossom Wins the March Cup with a Comeback! 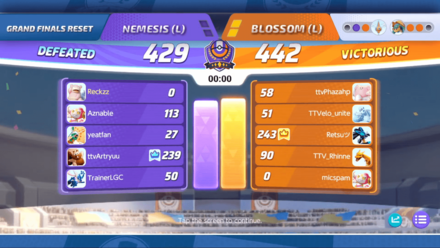 Team Blossom made an insane comeback during the last moments of the second game of the Grand Finals Reset, scoring just enough points to get the score lead as the match ended and winning them the match as well as the tournament. Team Nemesis and Team Lego placed 2nd and 3rd, respectively.

Here's a summary of the Top 16 Teams with the corresponding Championship Points (CP) they earned in March Cup! 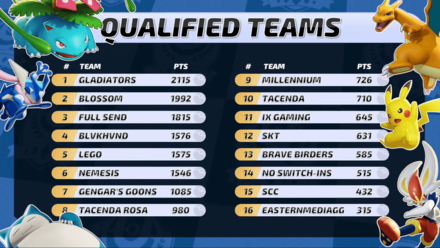 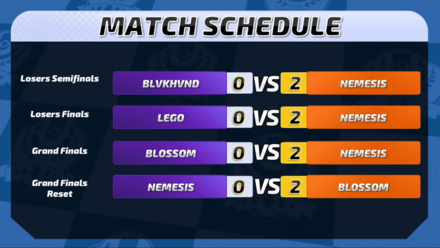 Team Nemesis showed a masterful performance by sweeping the Losers Semifinals, Losers Finals, and the Grand Finals without losing a single match. However, their streak ended in the Grand Finals Reset against Team Blossom. 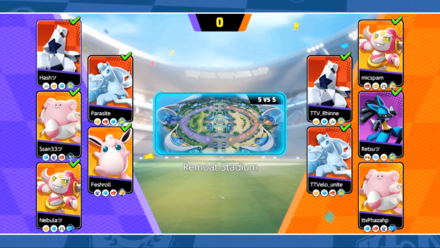 Duraludon and Hoopa are now available to be picked in professional matches, breathing new life to how competitive games are played. Teams did not hesitate in picking these Pokemon in their team comps. In fact, teams build their team comp around the two Pokemon. 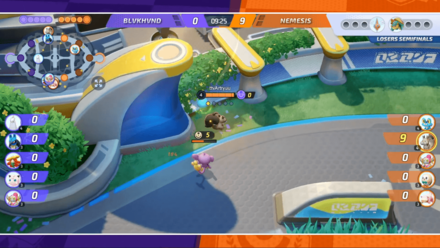 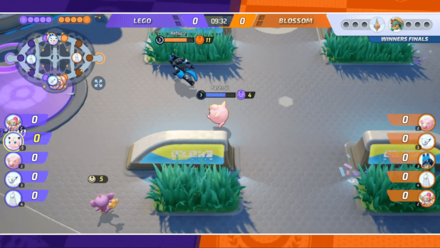 Wigglytuff is one of the alternative solo-top Pokemon picks that teams are experimenting on. In the first game of the tournament, the Purple Team made a bold move by pinning their Wigglytuff against the opponent's Lucario in the top lane. Unfortunately, Lucario still had the upper hand in the top lane due to its damage advantage, leading to the team winning the match. 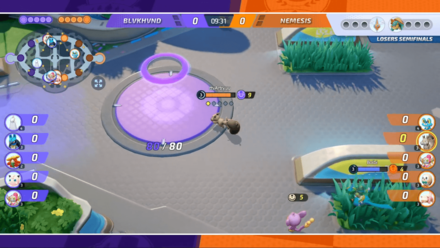 Another alternative solo-top picks teams are trying is Greedent. This was done in the first game of the Losers Semifinals where the Orange Team picked Greedent to go against the Purple Team's Lucario. Greedent proved to be a stronger pick compared to Wigglytuff since it's more durable, more mobile, has more damage, and can heal itself. 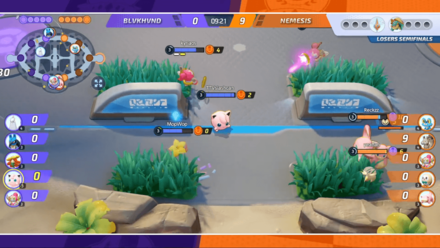 In the first game of the Losers Semifinals, the Purple team picked 3 Supporter Pokemon in their team comp to go to the bottom lane. This decision was underwhelming because they lacked damage, and is against a stronger tri-lane. The match ended with the Orange Team having a huge score lead. 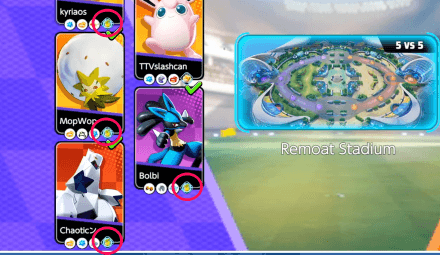 Duraludon's move, Dragon Pulse can quickly deplete a Pokemon's HP if it is marked multiple times. Because of this, Full Heal saw a lot of usage as it can remove the marks inflicted by Duraludon's attacks. This replaced Battle Item staples like Slow Smoke and Eject Button with a focus on mitigating burst damage received from Dragon Pulse attacks.

Blissey as Back up 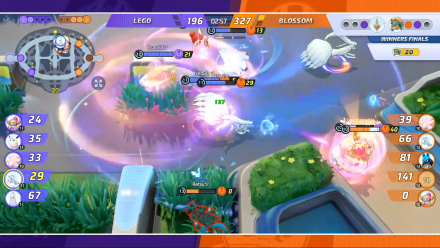 One more source of protection comes from Blissey and its support move, Safeguard, as it can also remove Duraludon's marks. Teams that used this Pokemon would always stay close to where the enemy Duraludon is and constantly cleanse the area of the marks.

The team Nemesis went against the grain and picked Decidueye as their team's main carry. The team's strategy revolved around funneling EXP to Decidueye so it can learn its moves as early as possible. Thanks to Defenders like Greedent and Slowbro that can disable the opposing team, Decidueye was able to get free hits at the opponent and its lack of mobility was mitigated because of the sufficient coordination.

This strategy proved to be effective as the team was able to outrange and outdamage team compositions that are centered around Duraludon. 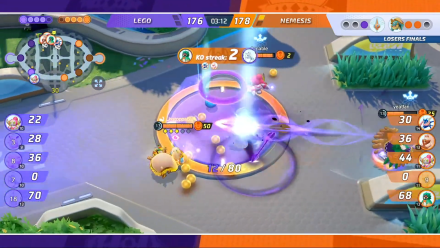 Spirit Shackle was the go-to move because of its ability to deal damage to opponents and steal Wild Pokemon spawns from afar. On top of that, the move received a significant buff from Patch 1.4.1.7, making it deadlier than ever before. And, since team compositions in the current meta are not as agile compared to the previous meta, the move barely missed a target and was consistently applying pressure to the enemy team. 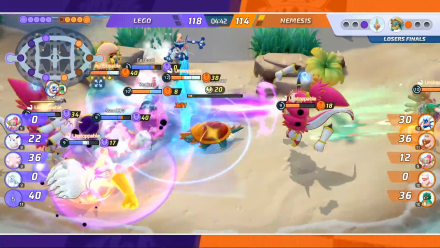 We also saw plays where Nock Nock was consistently used to lay pressure to the opposing teams' HP during team fights over objectives. Instead of targeting the boss Pokemon, the player would focus on the enemy team to force them to disengage from the fight. If they still commit to the fight, they can easily be taken down due to their HP. 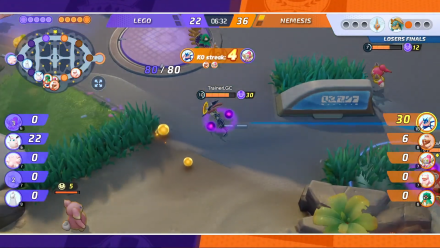 Another strategy used by Nemesis is bringing back Greninja to the jungler role. Since the introduction of Hoopa in the meta, Eldegoss has seen a bit of downtrend in picks, thus reducing the powerful AoE heals and shields. This allowed the Greninja player to take advantage of multiple Surf activations from taking knocking down enemies one by one.

Battle Items not shown here were not picked during the March Finals.

Held Item not shown here were not used during the March Finals.

For the start of the North American March Finals stream, skip to the 03:04:20 timestamp.

The full livestream for the March Finals is available in the official YouTube channel of Pokemon UNITE. They usually stream the Monthly Finals so try catching it on scheduled times!

In order for us to make the best articles possible, share your corrections, opinions, and thoughts about 「March Final 2022 Analysis (North America) - UNITE World Championship Series | Pokemon UNITE」 with us!