Season 6 Battle Pass: List of Rewards | Is it Worth It? | Pokemon UNITE 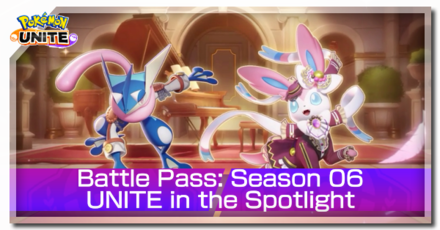 Season 6 Battle Pass: Is It Worth It? 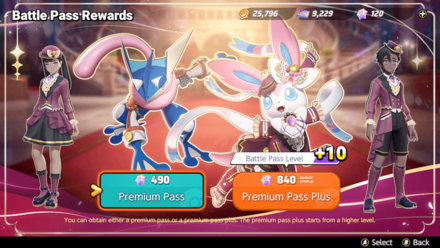 Buying the Battle Pass will give you an additional 4200 Aeos Tickets, 180 Item Enhancers, Trainer Skins, and exclusive Holowears.

The free version of the battle pass gives a total of 900 Aeos Tickets and 270 Item Enhancers, and a total of 1000 Aeos Coins.

Buying the Battle Pass will give you an additional 4200 Aeos Tickets, 180 Item Enhancers. In addition, paid Battle Pass is worth it if you're a fan of either Greninja or Sylveon because you're gonna get their special, limited edition Holowears! 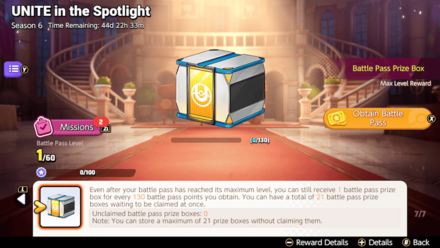 Daily missions are reset every day at 12:00AM UTC / 11:00PM PST. This will end the missions from the previous day. It is also randomly selected from a pool of quests!

The following are the missions and their rewards for Daily Missions:

We will be updating these everyday so stay tuned.

Missions are reset every Sunday at 12:00AM UTC / 11:00PM PST. This will end the missions from the previous week, but rewards for completed missions can still be claimed.

The following are mission types and their rewards for the seventh week of Season 6:

In order for us to make the best articles possible, share your corrections, opinions, and thoughts about 「Season 6 Battle Pass: List of Rewards | Is it Worth It? | Pokemon UNITE」 with us!