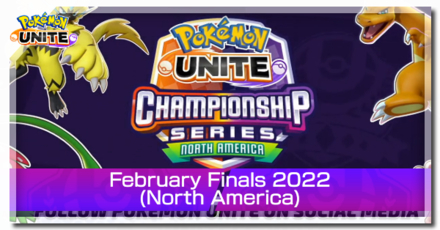 Want to know a quick summary and analysis of the things that happened in the Pokemon UNITE World Championship Series February Cup 2022 for North America? Read on to see the most used Pokemon, the Pokemon with the best win rate, the most used battle and held items, lanes for each Pokemon, where to watch the stream, as well as highlights that defined this tournament! 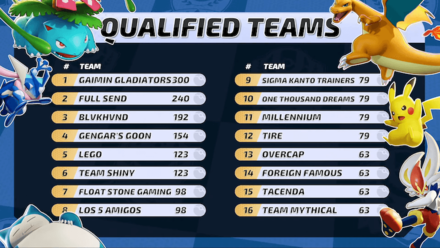 GAIMIN GLADIATORS flexed their dominance by winning it all in February Cup and not dropping any match! FULL SEND and BLVKHVND have to settle for second and third place respectively to complete the Top 3.

Here's a summary of the Top 16 Teams with the corresponding Championship Points (CP) they earned in February Cup!

Machamp as a Lucario Alternative 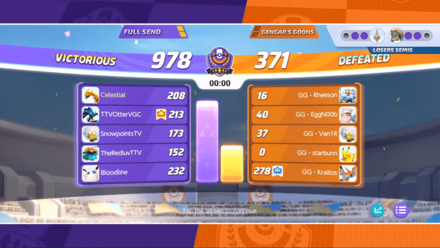 Lucario has been the most picked Pokemon in every tournament, having nearly a 100% pick rate with no alternatives. However, in one of their respective matches in this tournament, BlvckHvnd and Gengar's Goons picked Machamp in place of Lucario, taking the role as a solo top laner. Unfortunately, both teams lost in their matches with this team comp.

We noticed that NA teams don't go outside of the typical gameplay, clearing out standard farming routes, rotating around to take Drednaw and Rotom, and engaging in a teamfight to secure Zapdos. Each match feels the same in terms of action and flow.

Part of NA's methodical meta is their repeating team comp for each match, resulting in teams choosing the same Pokemon throughout the tournament with a minimum of 1 alternative pick. This team comp consists of mainly Pokemon that were part of the original roster when the game was released.

Another trait we noticed on NA teams is their heavy focus on securing Zapdos as their win condition. Most games have teams focusing mainly on farming and leveling up in the hopes of getting as strong as possible on or before the 2:00 minute mark, resulting in stagnating points from early to mid game. Once Zapdos spawns, opposing teams battle it out in a huge clash to take the legendary Pokemon. The team that takes Zapdos will most likely win the game. 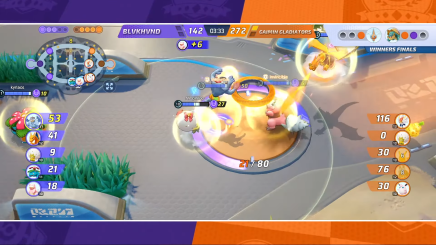 Why not finish off the first goal zone?

Leaving the enemy first enemy's goal zone up denies the enemy a chance of leveling up through clearing their spawning Audinos.

When they finish off the first goal zone

Finishing off the first enemy goal zone was done when the ally team has fully stomped that lane. This ensures that your team kills the spawning Audino, rather than the enemy team getting it. 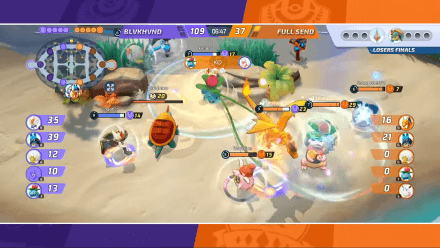 As mentioned before, NA teams have virtually similar playstyle in terms of prioritizing objectives and EXP management. However, what tips the scales slightly is which Pokemon they put in the Jungle. In this bracket, Charizard and Cinderace received the most picks as the team's jungler. Although both of these Pokemon are mainly utilized for their high damage output, they have slight variations on their capabilities that enhance the team composition. 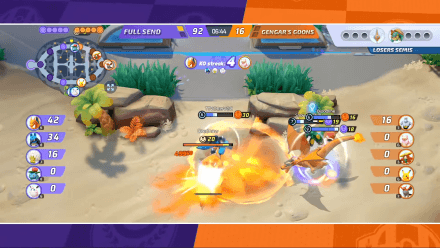 Having Charizard as a jungler allows the team to brute force their way to secure objectives once it reaches Level 9. We see Charizard decimate the opposing team with Seismic Slam and increased critical damage with Scope Lens. Additionally, being an All-Rounder, Charizard is capable of maintaining its ground when teams push.

Fire Blast was a valuable disruptive move that constantly damages the opposing team during clashes for Drednaw. It also supplemented Slow Smoke's movement speed reduction, making it hard for the opposing team to get close to Drednaw or retreat when they fail to secure the objective.

Cinderace for Picking Off Single Targets 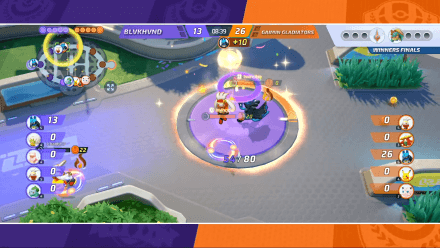 Teams who ran Cinderace as their jungler focused on the Pokemon's capabilities to pick-off single targets and whittle down the opposing team with consistent auto attacks. We also noticed that most teams learn Blaze Kick over Pyro Ball, which further emphasizes the goal to remove easy targets from the fight in quick succession, and allowing the team to push a lane. It also helps Cinderace to reposition itself and get out of harms way, allowing it to maintain its distance from the enemy while it pressures their HP.

Pokemon not shown here were not picked during the February Finals.

Battle Items not shown here were not picked during the February Finals.

Held Item not shown here were not used during the February Finals.

Pokemon not shown here were not picked during the February Finals.

For the start of the North American March Finals stream, skip to the 04:27:30 timestamp.

The full livestream for the February Finals is available in the official YouTube channel of Pokemon UNITE. They usually stream the Monthly Finals so try catching it on scheduled times!

In order for us to make the best articles possible, share your corrections, opinions, and thoughts about 「February Finals 2022 Analysis (North America) | UNITE World Championship Series | Pokemon UNITE」 with us!