The Fall and Halloween Ver 1.5 Update has been announced for Animal Crossing: New Horizons (ACNH). Get spookier this October with Jack, Pumpkin items, Farming, and more new features in the newest update!

Patch Notes and How to Update

Update Available on September 30 at 10 AM 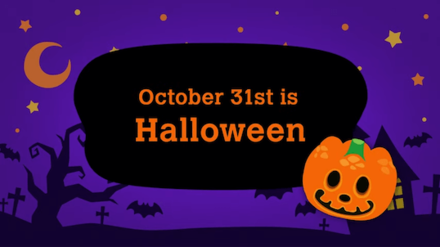 The biggest fall event this October is Halloween! The event itself will be held October 31, from 5 PM to Midnight. That is the time Jack the Halloween Czar will visit and you can get special rewards, so make sure to prepare. 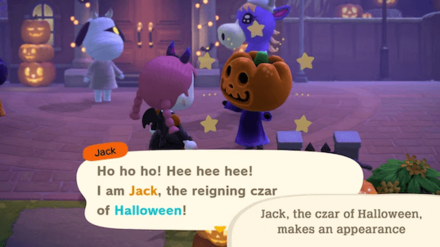 Jack was first teased on the fall update announcement, and he is now visiting in Animal Crossing: New Horizons on the night of Halloween!

You can receive an exclusive Spooky furniture and its recipe from Jack if you give him treats! Be careful. He'll pull a prank if you don't give him any candy, so be prepared!

How to Find Jack

ACNH Farming Has Been Confirmed! 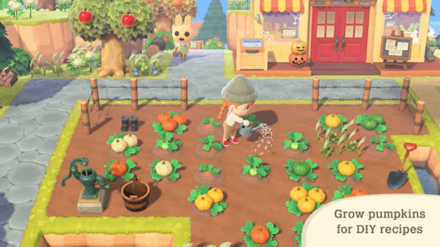 The long expected gardening and farming update is finally moving in, although at this point you are only able to grow Pumpkins it seems. The better you take care of them and water them, the more Pumpkins you get, so make sure to water them every day!

They seem to be available in 3 colors; a pale yellow, orange, dark orange and green! 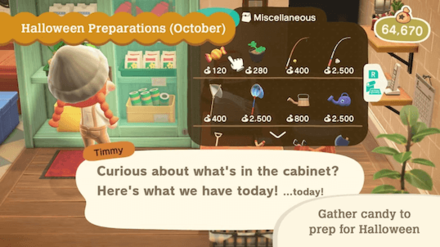 How to Unlock Leif's Garden Shop 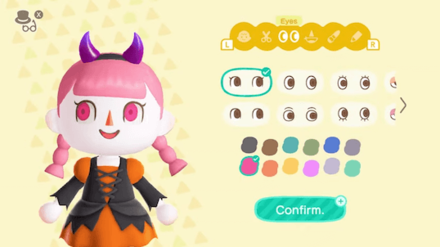 Six new eye colors will be added with the Halloween update on September 30, and they seem to be: Red/Pink, Orange, Yellow, Pink/Purple, Gray, and Aqua. 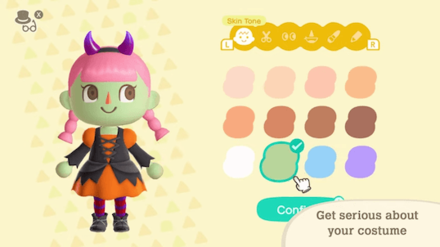 Four new skin tones will be added with the Halloween update on September 30, and they seem to be: Ultra Pale, Green, Blue, and Purple. 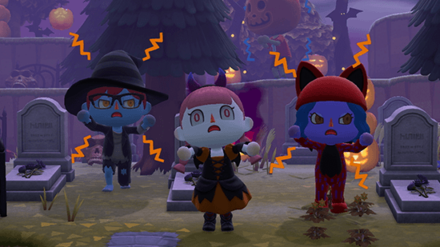 Two new Halloween reactions will be added! On the image above, the reaction in the middle is the Haunt reactions, and the two characters on the side are doing the Scare reaction.

You can now hide items that are not for sale in Nook Shopping! Just press the Y button when viewing the catalog.

NookLink Update for Easier Reaction Use 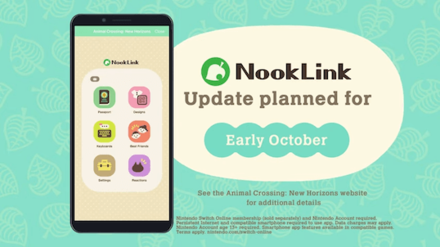 Accompanying the two new reactions is a NookLink update that will allow you to easily use reactions from your phone. It looks like it's a separate function from the chat, but we hope they will be easy to use together! 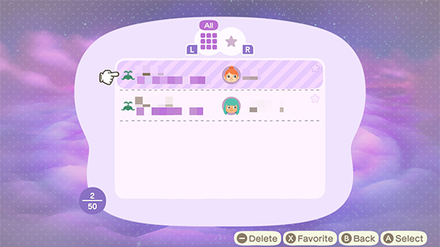 Once you've downloaded the update, Luna will keep a record of the last 50 Dream addresses you have visited, and you will even be able to save your favorites for quick, inspirational visits! 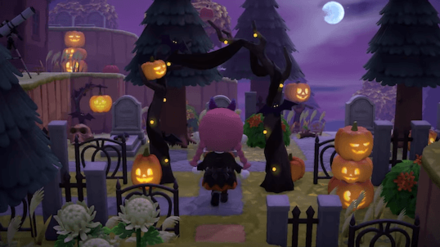 No ACNH Update without new DIY recipes, and this time they are all pumpkin themed! 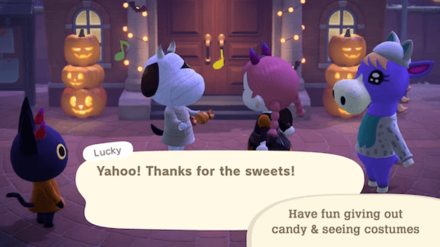 To prepare for Halloween, you can buy Candy from Nook's Cranny throughout October! They cost 120 Bells a piece, but the amount you can buy every day is limited.

You can Only Buy 1 Candy per Day 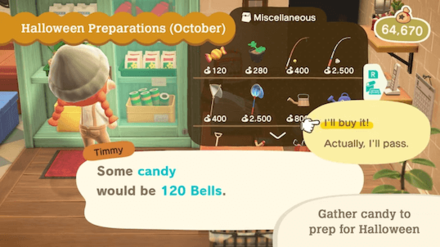 You can only buy one per day, so make sure to stop by daily so you have enough to both get items form Jack and share with your Villagers!

Best Way to Get Halloween Candy 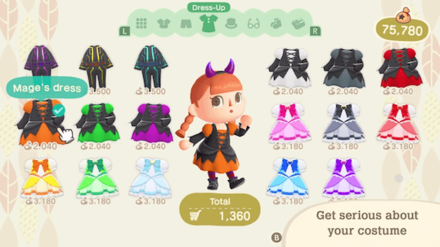 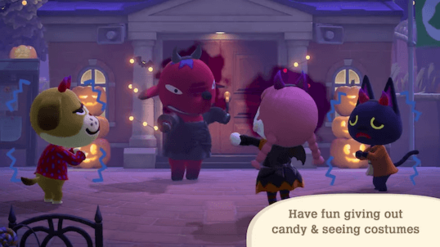 Your Villagers are also totally ready for the Halloween spirit, all dressed up and performing the new reactions during the event itself. 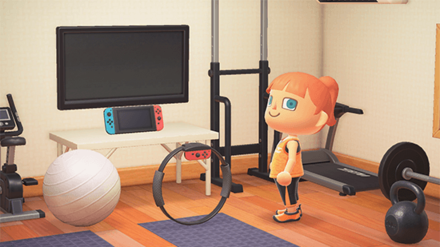 As always, we get a free item for updating our beloved ACNH, and this time it's a Ring Con from the Ring Fit game! 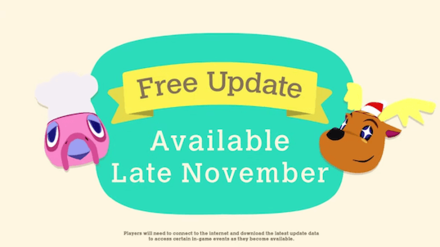 Next update, which seems to include both the Thanksgiving and Christmas events, will be available late November!

Register as a member and get all the information you want. (It's free!)
Login
Opinions about an article or post go here.
Opinions about an article or post
We at Game8 thank you for your support.
In order for us to make the best articles possible, share your corrections, opinions, and thoughts about "Halloween and Fall Update | September 30 Ver 1.5 Update" with us!
When reporting a problem, please be as specific as possible in providing details such as what conditions the problem occurred under and what kind of effects it had.