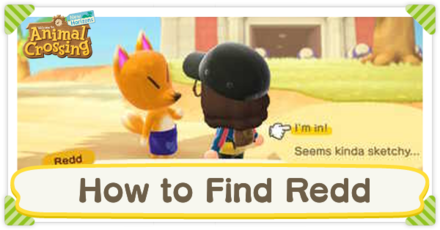 Redd can be a particularly tricky character to catch, especially when you're looking to fill up your Museum's art section! Learn how to catch the trickster with our guide below on how to find Redd!

V1.2 update is required to unlock this feature.

Talk to Blathers about Art 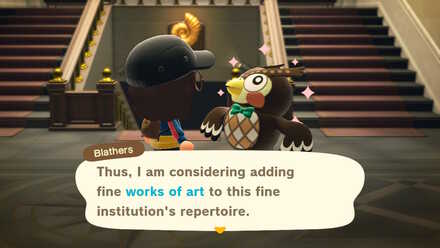 After making 60 donations to the Museum, of any combination of Fish, Bugs, and Fossils, Blathers will tell you that he'd like the Museum to be expanded to showcase works of art.

Talk to Blathers Twice if Necessary

If you've met the requirements, but Blathers doesn't mention art when you talk to him the first time just speak to him again. After you do, you'll be able to donate art to him. 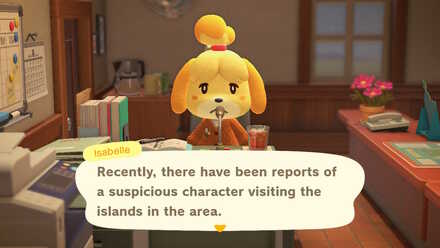 In her daily broadcast, Isabelle will announce that a "suspicious character" is visiting the island.

When you see this announcement, Redd will be standing somewhere on your island. You won't be able to enter his boat until you talk to him!

If you donate 60 items to the museum before the Town Hall is built, and there'll be a personal announcement from Tom Nook regarding the arrival of a certain shady character!

Look for Redd and Buy Art 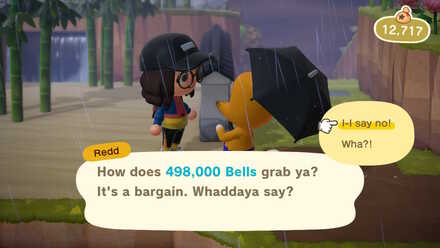 Once you find and talk to Redd, he will offer to sell you a piece of art. At first, he will sell it to you at a ridiculous price. Keep talking to him to get a Cousin's Discount, lowering the price to 4,980 Bells.
How to Find Redd?

Donate the Work of Art to the Museum 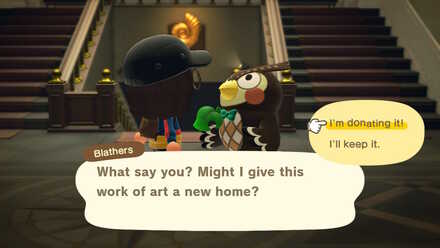 Donate the art you bought to Blathers at the Museum. Blathers will then apply for an expansion of the Museum to have the Art Gallery added. The expansion will take 2 days.

Talk to Redd on the Day the Museum Is Upgraded 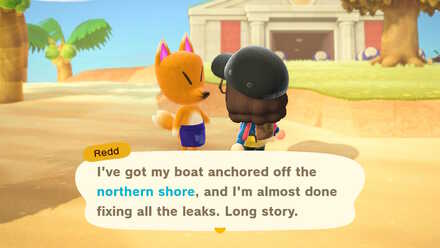 It will be announced that the Museum has expanded to have an Art Gallery. You will also be warned of fake art circulating.

You can find Redd walking around your island so he can finally invite you to his Treasure Trawler!

How to Find Redd

Once unlocked, finding Redd on your island can be a bit difficult! Here are some places you can find him. 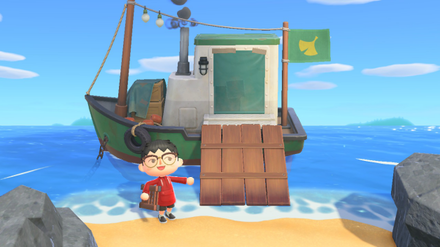 Once you donate Redd's art to the museum, Redd and his Treasure Trawler will become regular visitors on your island!

He will visit randomly, but at the very least once every two weeks, so check for his ship on the secret beach at the back of your island. 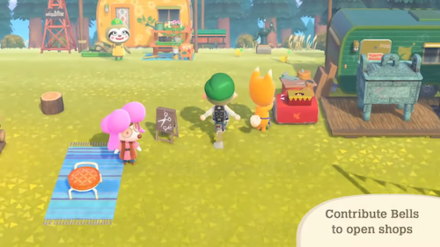 Redd has also set up shop in Harv's Plaza on Harv's Island as of the 2.0 Update! He sells less items here, but you don't have to wait for him to show up on your island. 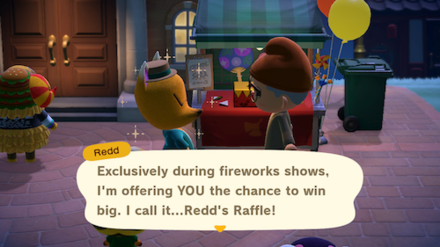 You can also find him during the Fireworks Show event in August! Find him at the plaza where you can join his raffle win exclusive prizes, like fireworks, toys, and food items.

Why Isn't Redd Showing Up? (Troubleshooting) 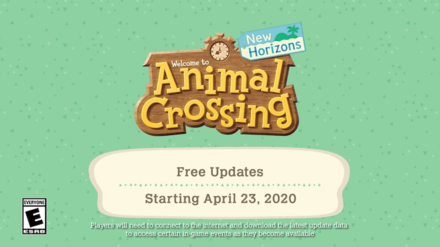 Redd was introduced back in the Ver.1.2.0 update, so keep your game updated with the latest version! 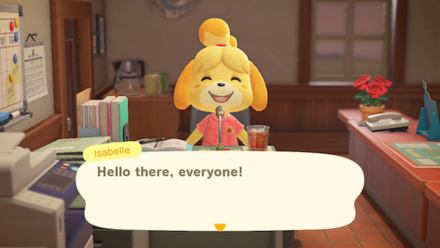 As of Version 2.0, Isabelle will let you know when special characters visit your island. There's a chance he can visit every week, but if not then he should be guaranteed to show up within two weeks at most.

Redd is a fox that deals suspicious works of art and furniture who randomly visits your island when's he's not in Harv's Plaza. Redd was introduced in the first Animal Crossing game.

See more comments (4 Comments)
Opinions about an article or post go here.
Opinions about an article or post
We at Game8 thank you for your support.
In order for us to make the best articles possible, share your corrections, opinions, and thoughts about "How to Find Redd" with us!
When reporting a problem, please be as specific as possible in providing details such as what conditions the problem occurred under and what kind of effects it had.