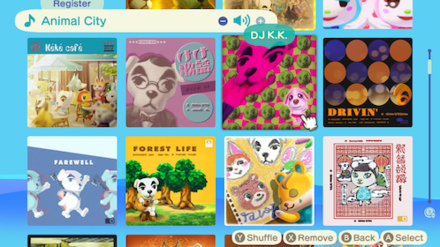 This is a news article on the Animal Crossing: New Horizons Original Soundtrack and Piano Sheet Music release! Read on to learn more about the background music and songs included, as well as release dates!


Nintendo has just announced the release of an original soundtrack of music from Animal Crossing: New Horizons! The soundtrack will come in three different collections.

All collections are now available now for pre-order on My Nintendo Store and Nippon Columbia in Japan and PlayAsia for Worldwide shipping.

**Note: for completing tasks, or killing all cockroaches

This collection is a three-CD pack of all 95 instrumental tracks of unlockable songs from the incomparable K.K. Slider!

This collection includes all seven CDs from the collections above, along with “Totakeke Jacket Art Work” book and a limited edition earphone case.

This entire package will come in a limited edition collector's box.

This collection includes sheet music for the seven most popular songs from New Horizons!

Sheet music will include:

Oh, and did we mention it comes with stickers?

Will These Items Get a Western Release?

Unfortunately, Nintendo has not made an announcement whether these items will be released outside of Japan.

We'll keep you posted as soon as an announcemnet is made!

Will the Tracks Be Available on Streaming Platforms?

It looks like the tracks won't be available online, but don't worry!

You can always boot up your ACNH game to listen to all the tracks!

Register as a member and get all the information you want. (It's free!)
Login
Opinions about an article or post go here.
Opinions about an article or post
We at Game8 thank you for your support.
In order for us to make the best articles possible, share your corrections, opinions, and thoughts about "ACNH Original Soundtrack and Piano Sheet Music" with us!
When reporting a problem, please be as specific as possible in providing details such as what conditions the problem occurred under and what kind of effects it had.