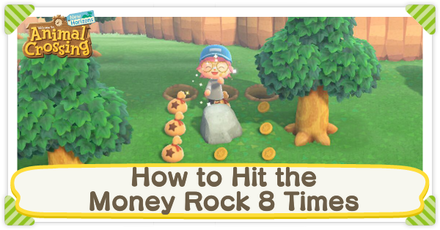 There's a special rock in Animal Crossing: New Horizons (ACNH) called the Money Rock that you can hit and get bells from once a day.

Learn how you can hit the Money Rock 8 times with the easiest method so you can increase your daily profit!

What is the Money Rock? 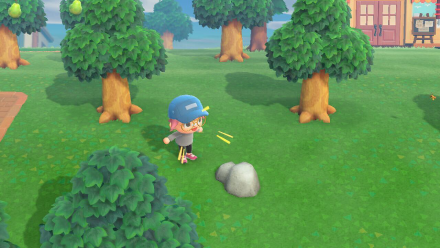 In Animal Crossing: New Horizons, all rocks on your island will provide you materials when you strike it.

The Money Rock is a special variant that appears on your island once a day. When struck with a shovel or an axe, the rock will drop bells which you can collect.

The Location is Random

The exact location of the Money Rock is random everyday, so you'll need to go around the island and hit every rock until you find the Money Rock.

The Money Rock only appears once per day and you can strike it a total of eight times. Keep in mind it's possible to run out of time before hitting it the maximum amount of times!

How Many Bells Does the Money Rock Give? 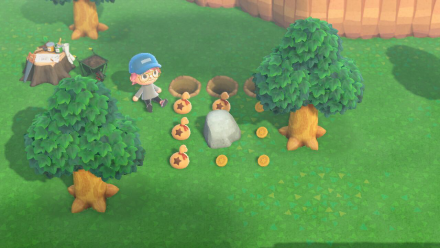 This is a considerable amount of money, so it's vital that you do it every day and that you always hit the rock a maximum of eight times.

How to Hit the Rock 8 Times

When you hit the rock with your shovel or axe, your character gets pushed back slightly and move you further away from the rock.

This means that it's often impossible to hit the rock eight times in a row before the timer runs out. Fortunately, you can dig holes around your character to stay in place. 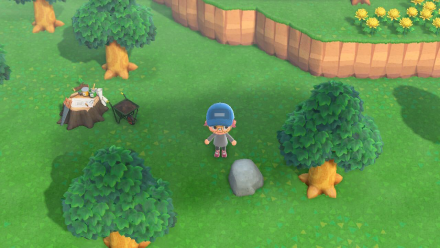 Find a rock anywhere on your island. Make sure the spaces around the rock are empty, this includes clearing out twigs and weeds!

2. Equip Your Shovel and Start Digging 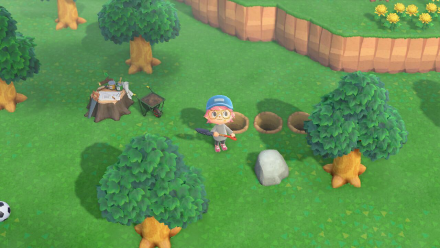 You'll need to dig three spaces behind you while you're facing the rock. This will help you hit the money rock as fast as you can! 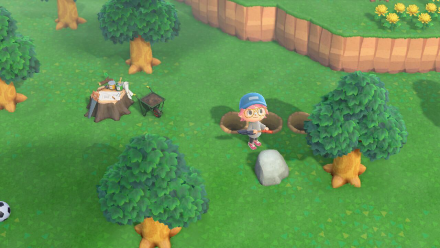 Position yourself so that you're in the space between two holes while facing the rock diagonally. This is the best spot to be in for Money Rocks.

Hit the rock with your shovel by pressing A. If a coin comes out, rapidly continue pressing A until you get all the bells!

It's important that you hit the rock as fast as possible if it drops bells so you can get all 8 drops.

If anything else besides coins come out of the Rock, it won't be a Money Rock, you'll need to find another rock on your island and repeat the steps mentioned.

There'll be 1 guaranteed Money Rock on the island everyday, so get looking!

Check out the following video if you need to see how to perfectly hit the money rock eight times!

In order for us to make the best articles possible, share your corrections, opinions, and thoughts about 「Money Rock | How to Hit the Rock 8 Times | ACNH - Animal Crossing: New Horizons (Switch)」 with us!