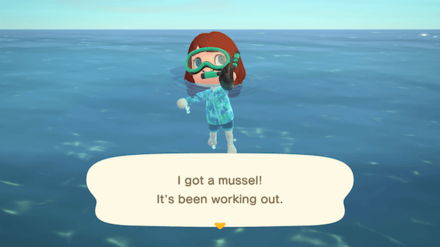 Slippery and fast moving, catching Sea Creatures in Animal Crossing: New Horizons is not always an easy task. Here you can read how to catch Sea Creatures, as well as get tips for swimming and diving, so grab your Snorkel and dive in!

How to Catch Sea Creatures

Easy Way to Get Sea Creatures

1. Swim Around the Ocean 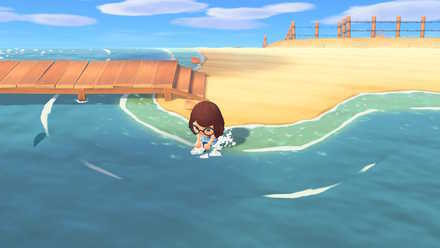 Sea Creatures can only be found while swimming in the ocean. You need to wear a Wet Suit to swim, so go buy one from Nook's Cranny, Nook Shopping, or exchange Nook Miles!

You don't need a Snorkel to dive, and it has no effect on the amount of time you can stay underwater.

How to Get and Use Wet Suits

2. Dive Close to Bubbles in the Ocean 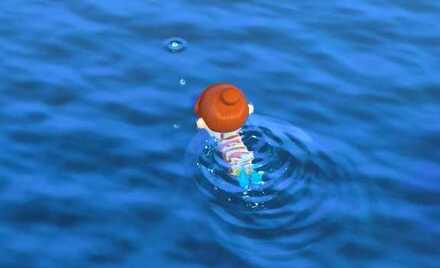 While you swim around, you will spot bubbles in the water coming up from the below.

This is where the Sea Creatures are hiding, so swim as close to the bubbles as you can and dive by pressing the Y button.

How to Swim and Dive

3. Swim Towards the Shadow 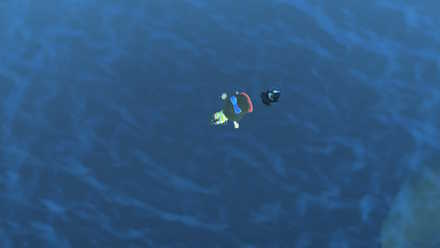 Once you have dived or while you are diving, you will be able to see the shadow of Sea Creatures. Continue swimming towards it while diving to catch it. You can only stay underwater for roughly 10 seconds, so try to swim as fast as you can. 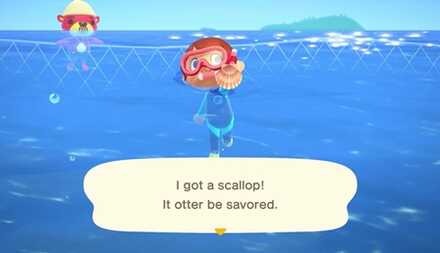 To finally catch the Sea Creature, you need to get close enough to touch the shadow. After catching it, you can donate it to the Museum or sell it at Nook's Cranny for some extra Bells, so try to catch a lot!

Get as Close as Possible Before Diving

The most important thing to get right when catching Sea Creatures is the timing you dive. Since you can only dive for a limited time, it's better to wait until you reach the bubbles before diving.

Some Sea Creatures Swim Away

While some Sea Creatures don't move even when you swim close to them, a lot of them try to get away from you. This also makes it easier to tell them apart, however, so it can work in your favor!

For example, Scallops and Octopuses move while Sea Anemones do not, so you can avoid the stationary Sea Creatures and aim only for the moving ones and vice versa, depending on what you're looking for!

Drive the fast Sea Creatures towards the Net 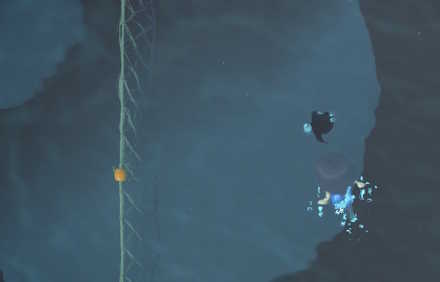 Some of the Sea Creatures you can catch swim very fast, such as the Lobster and the Spider Crab. When catching fast-paced Sea Creatures, it helps a lot to steer them towards the net surrounding you island and trap them against it. Remember to repeatedly tap the A button too, to swim faster!

Just like Fish, you can get an idea of what Sea Creatures you found by the size of its shadow.

Pearls are the small shadow size

The Pearls needed for the Mermaid Series recipes you get from Pascal can also be found by diving! They don't move, but their shadow is small and they can be a bit hard to find.

Changes Depending on Season

Like Bugs and Fish, Sea Creatures have set months and times they appear. To get all of them you will either need a lot of time and friends in the opposite Hemisphere, or time travelling.

How to Catch Sea Creatures Easily

Register as a member and get all the information you want. (It's free!)
Login
Opinions about an article or post go here.
Opinions about an article or post
We at Game8 thank you for your support.
In order for us to make the best articles possible, share your corrections, opinions, and thoughts about "How to Catch Sea Creatures Easily" with us!
When reporting a problem, please be as specific as possible in providing details such as what conditions the problem occurred under and what kind of effects it had.