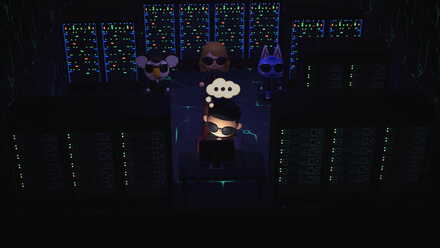 There's more to your island than meets the eye in Animal Crossing: New Horizons (ACNH)! Read on to learn more about the secrets and hidden content you may stumble upon as you explore your island getaway. 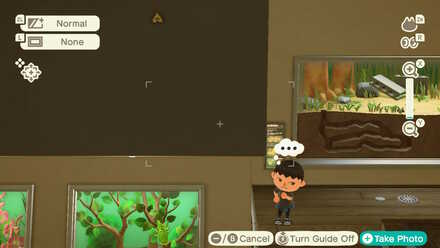 There's a hidden bug hiding in the backroom of Blather's Museum. You need to stand near the stairs, use the camera app, and move the interface to the top left of the screen to see it.

Players are reporting different bugs depending on the time of day. These include a Moth, Centipede, or a group of Ants. 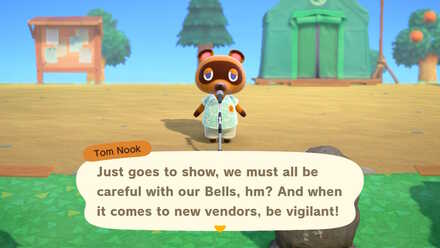 If you manage to donate 60 items to the museum before the Town Hall is built, Tom Nook will announce the arrival of a certain shady character.

Tom Nook's announcenment regarding Redd is a bit more personal though!

It's implied in previous games, such as Animal Crossing: Happy Home Designer, that the two once worked together as business partners in the past but had a falling out.

Tom Nook is understandably concerned that his ex-business partner is now operating on the island!

Roll Up Your Sleeves!

Holding a ladder while wearing clothing with loose sleeves, such as kimonos and certain robes, causes you to roll up the sleeves! 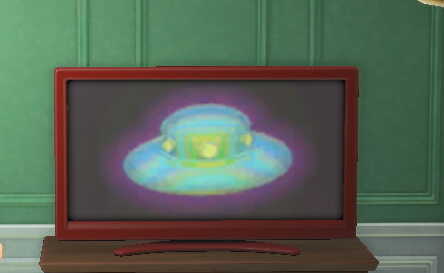 Wisp is far from the spookiest thing in your island! Tune in to your TV at exactly 3:33 AM on a Saturday and you'll catch a glimpse of the mysterious alien broadcast. 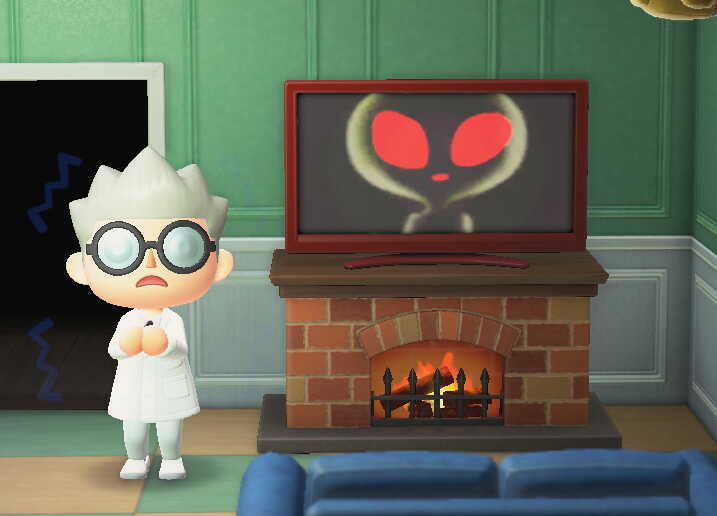 Theories abound regarding this creepy easter egg, which first appeared in Animal Crossing: New Leaf. Is the alien simply trying to communicate, or does this otherworldy visitor have more sinister intentions? 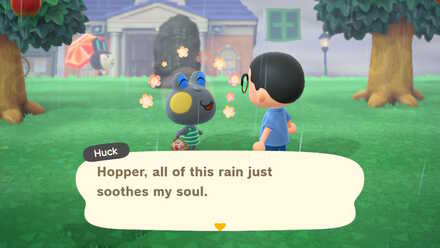 Being amphibians, Frog villagers don't mind the rain. In fact, they enjoy it and will often reference it in their dialogue.

They're the only villagers who don't wear raincoats, hats, or use an umbrella when they roam around your island when it rains! 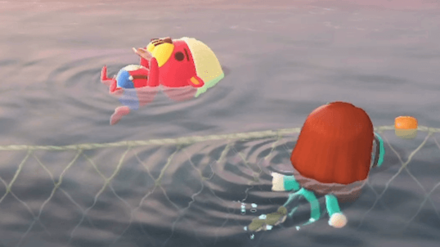 Ever wonder what Pascal does to the scallops you give him? He eats them! After giving him a scallop, swim as close to the net to find him.

You'll see Pascal trying to crack the scallop open with the shell necklace he wears. After several attemps, he will gobble the scallop up and swim off!

This is based on the behavior of real-life sea otters. They use tools such as rocks and shells to crack open shellfish.

How to Find Pascal

Get the ACNH Nintendo Switch from the Mail 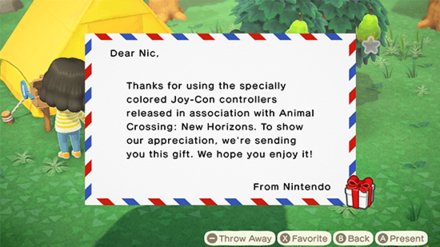 When you play the game with the ACNH Joy-Con controllers, you will get the ACNH Nintendo Switch from Nintendo, as thanks for using the specially colored controllers.

Get the Hedge DIY from Leif 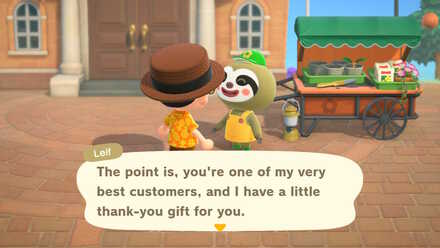 If you're a new player or missed getting the Hedge DIY on the Nature Day event the first time, you can get it again without time travelling - this time, from Leif!

To get the DIY, Leif has to visit your island three times, and you need to buy at least one item from him during these days. 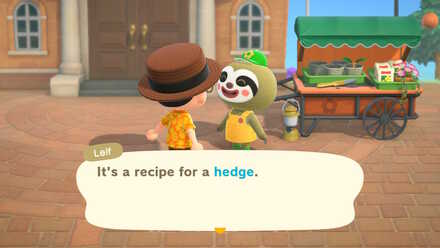 On the third day and after buying from him, Leif will give you the Hedge DIY as thanks for being his best customer!

How to Unlock Leif's Garden Shop 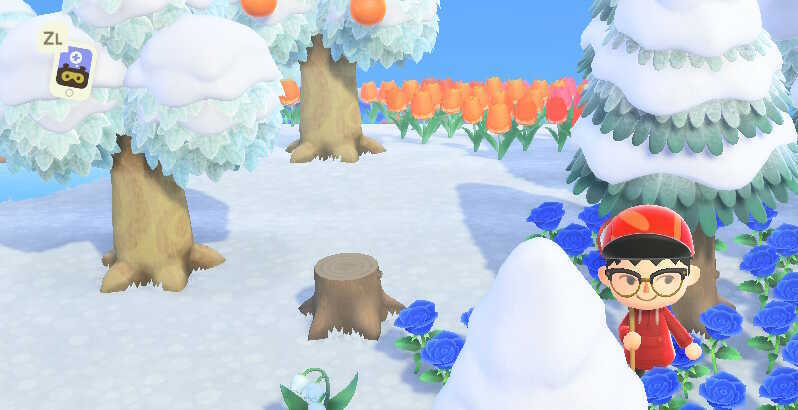 You'll sometimes get notifications from your NookPhone Apps if you find something new or clear a Nook Miles activity, but you can actually tell by the icon whether you cleared one of the daily Nook Miles+ tasks or the achievement-like Activities!

Nook Miles+ tasks will display a plus while the normal Activities won't. 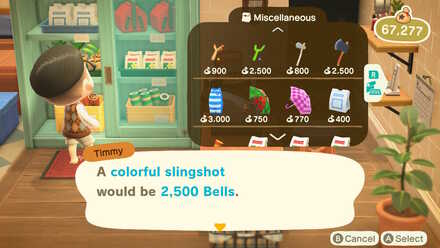 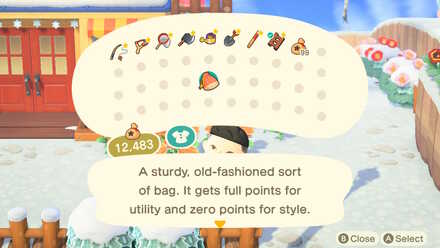 Investigating a lost item often results in a more detailed description of the item. Read this carefully as it's actually a clue to whom the item belongs! 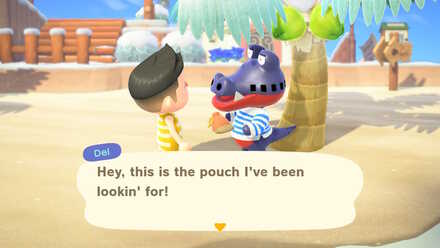 In this example, the bag is described as being old fashioned with a focus on utility over style. This fits the description of a cranky villager, like Del!

Need more help with lost items? Check out our guide below: 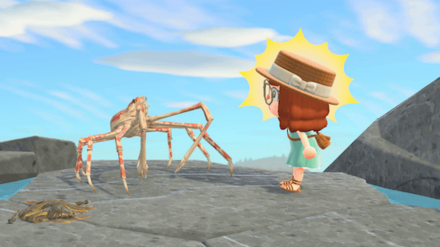 Different types of fish come in different aquarium shapes and sizes when displayed. The same goes for certain sea creatures, such as crabs and seaweed.

The Bulletin Board Birds and Owls

Walking by your town hall, you'll sometimes notice a Yellow Bird perched on the Bulletin Board. At night, the feathery visitor is a White Owl instead.

These birds cannot be caught, as they fly away when you get too close, and they will only appear if you have a new and unread message on your bulletin board.

There are four villagers that share the same catchphrase! 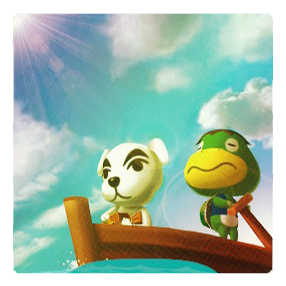 Marine Song 2001 is the only song that K.K. Slider doesn't sing, though he sings a great cover for it on request!

It's sung by that famous sailor and part-time bus driver, Kapp'n!

Incidentally, it's the only song you can get in the game that has actual vocals when played on the radio. It's also one of the longest songs!

How to Unlock K.K. Slider and Request Songs

Villagers and NPCs react differently to your smirk reaction. They'll either smirk along with you or react in shock!

Villagers also react in surprise or shock when you trip in front of them. Watch your step!

Orville reacts differently to the Apologetic Reaction. Unlike other villagers and NPCs, he'll get teary-eyed when he bows apologetically! Oh, drumsticks...

The Best Gift Was Living on the Island 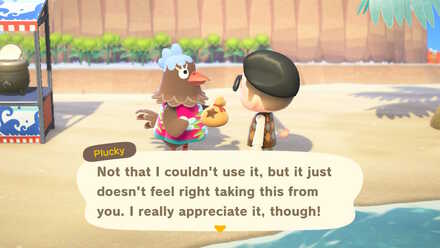 Thinking of gifting villagers with bells? Unfortunately, they won't accept them regardless of the amount and even if you gift wrap it.

Letting them move and live on your island paradise was the greatest gift you gave them!

Want to learn how to raise your villager's friendship? Check out our guide below:

How to Raise Friendship Guide

Register as a member and get all the information you want. (It's free!)
Login
Opinions about an article or post go here.
Opinions about an article or post
We at Game8 thank you for your support.
In order for us to make the best articles possible, share your corrections, opinions, and thoughts about "Secrets and Hidden Content | Did You Know?" with us!
When reporting a problem, please be as specific as possible in providing details such as what conditions the problem occurred under and what kind of effects it had.