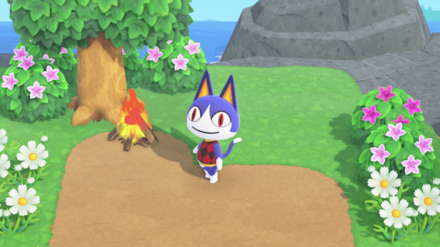 This is a guide on Rover, a special recurring character in Animal Crossing: New Horizons (ACNH). Read on to learn where you can find him in the game and what you can get from him.

Where to Find Rover

On the May Day Tour 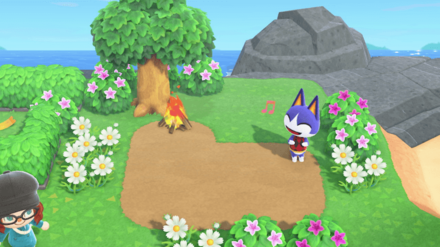 You can find Rover at the end of the maze in the May Day Tour. Like you, it seems like Tom Nook also sent him to the island to finish the maze!

May Day Event Info and Rewards 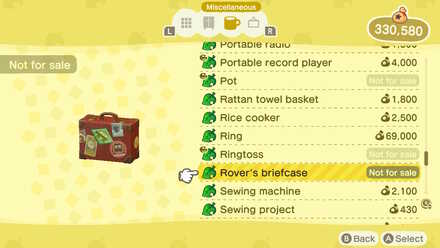 You can get the May Day-exclusive item, Rover's Briefcase after finishing the maze in the May Day Tour, and talking to Rover! May Day is a limited-time event so make sure you don't miss it!

What you want to do with the briefcase is up to you! It is a piece of furniture, so you can display it in your homes, or outside on your island! 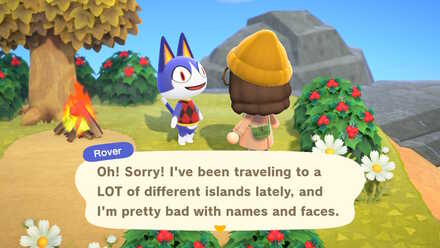 In the past Animal Crossing games, Rover is a special character who talks to the player at the start of the game. Found on trains or buses, he's the one asking you for your name and gender.

His Role in New Horizons is Undetermined

The May Day event is new to Animal Crossing, and there were no other events in the past games that featured Rover, other than his role at the start of the game. We cannot say for certain what his role will be in New Horizons. 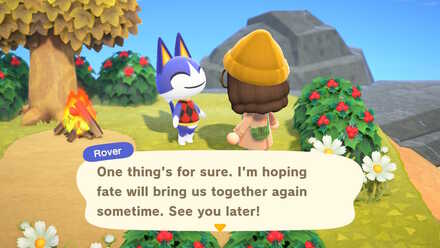 When you talk to him on the May Day Tour, it seems that the maze will not be the last time where you see him. It could be highly possible that he can start appearing on your island as a special visitor, especially that he is good friends with Tom Nook.

Highly unlikely to live as a resident on your island

Although you can technically see Rover on an island tour, it is very unlikely that he will come to your island as a villager. Like Kicks and Celeste, he is a special character who has a role in the game.

Register as a member and get all the information you want. (It's free!)
Login
Opinions about an article or post go here.
Opinions about an article or post
We at Game8 thank you for your support.
In order for us to make the best articles possible, share your corrections, opinions, and thoughts about "Where to Find Rover" with us!
When reporting a problem, please be as specific as possible in providing details such as what conditions the problem occurred under and what kind of effects it had.