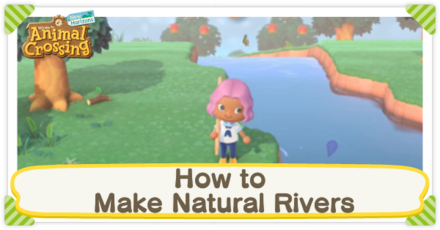 To make natural-looking rivers in Animal Crossing: New Horizons (ACNH), open your NookPhone and open the Island Designer app. Read on for a step-by-step guide to creating rivers, as well as some ideas you can try for your island.

How to Make Rivers

The game registers bodies of water created from the Island Designer app into either two kinds: Rivers and Ponds 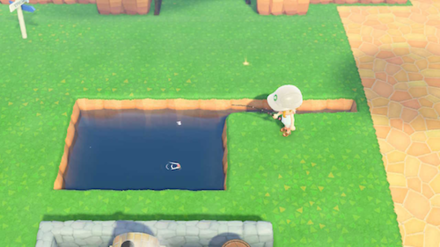 So long as a a body of water has a portion that is thin and elongated, it will register as a river.

How to Make Shaped Ponds

How to Make a Natural Rivers

*Be sure the leave 1 square at the top and bottom of the river.

**Make sure the corner does not connect to the 3 square pattern.

Gander at just some of the possibilities for your island! Click on the images for a detailed overview of the layout.

Images are posted with the consent of the author. 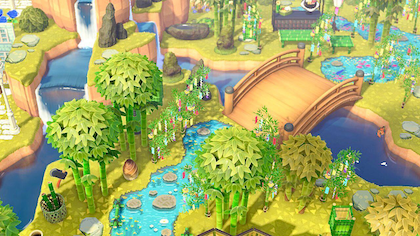 Connect your river to a waterfall for a more natural-looking landscape! You can also accent the area is bamboo trees and furniture for a tree-hugging vibe! 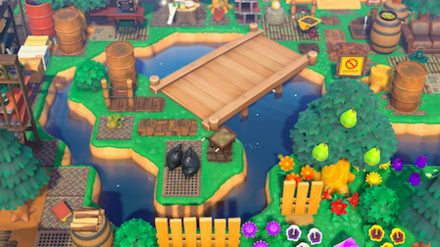 Carve out some water around to create an island a scenic area. Sakai Island has theirs decorated with an industrial, wooden theme! 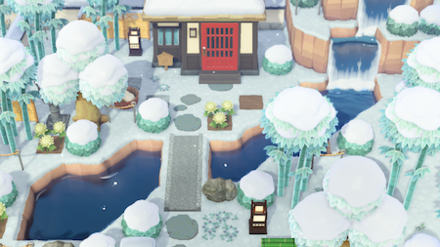 If your river is too short, you can use a custom design to make a bridge perfect for you! 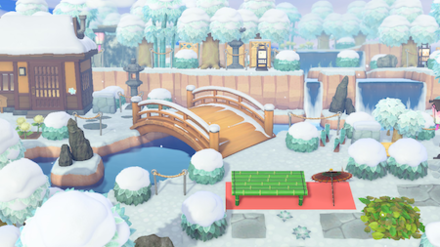 Create cliffs, rivers, and waterfalls behind a villager's home to give the area a scenic feel. Utsusemi Island a heavily decorated pathing to a villager home with a stunning background! 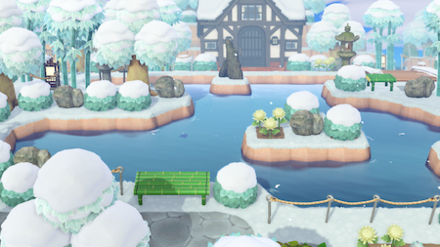 Though there technically aren't any lakes in Animal Crossing, you can make you own with the Waterscape Lisence! Try adding mini-island in your lake too for a 3-dimensional touch! 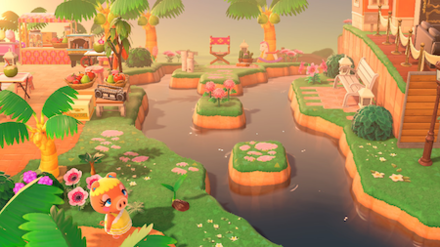 You can create a river fork that separates one larger river into two! Kohaku Island also adds a nice touch by including mini-islands you can hop on to cross the river. 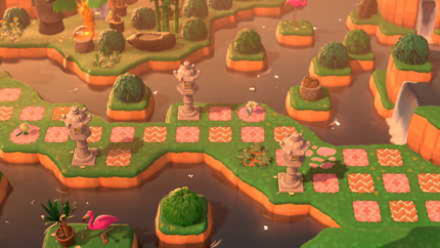 Instead of river crossing through a path, you can build a path across a river! Kohaku Island accessorizes it with their own custom designed tiles! 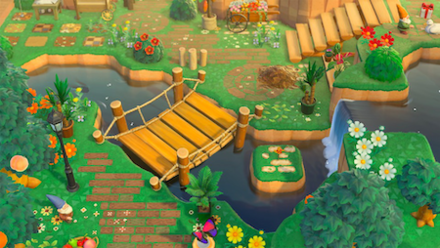 Create your own little nook of nature with a suspension bridge and a small waterfall! Ocha takes this a step further with a mini-island with its own custom designed flooring. 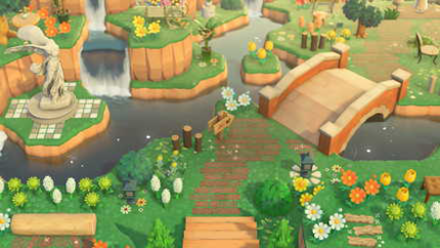 Use a statue to accent the area. Ocha Island perfectly makes use of the Valiant Statue to up the elegance of the island! 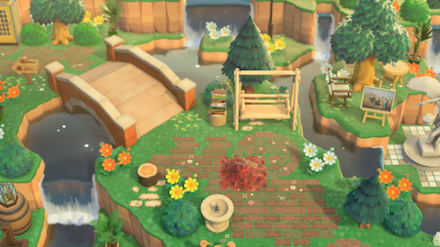 Ocha Island also splits its river into falls for some dramatic pathing. You'll surely be blown away making you're way through the area! 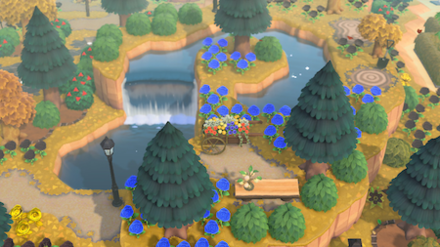 Short on space? Check out Makoi Island's clever way to create an illusion of a larger waterfall without taking up too much space!

Just loop the waterway around the cliff and cover-up the gaps of land with flowers! 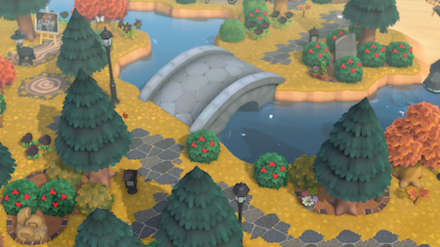 Makoi Island also curves out its rivers for more dynamic waterways, decorated, of course with the pine trees and holly shurbs for the full Fall effect! 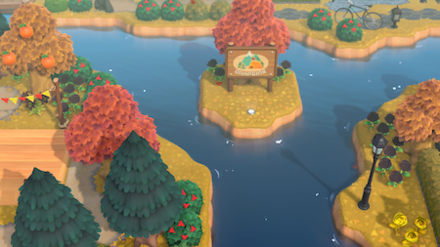 Use the a signboard to accent an area of the island or tell visitors what's in store for them! Makoi Island has their campsite sign on its own island for the best visibility. 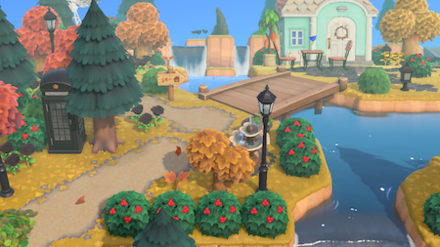 If you built your river on a cliff, try addings a fork to separate it into two waterways! Makoi Island even built a waterfall with one of the forks!

The Waterscaping Permit is a necesarry tool to make rivers, ponds, and waterfall on your island.

If you don't have the Waterscaping Permit or the Island Designer yet, follow our guide in the link below!

How to Round Off Corners

◯ represents the area that can be rounded off.

Post (0 Comments)
Opinions about an article or post go here.
Opinions about an article or post
We at Game8 thank you for your support.
In order for us to make the best articles possible, share your corrections, opinions, and thoughts about "River Formations | How to Make Natural Rivers" with us!
When reporting a problem, please be as specific as possible in providing details such as what conditions the problem occurred under and what kind of effects it had.