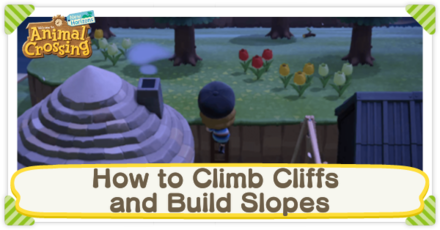 To climb Cliffs in Animal Crossing: New Horizons, you can either use a ladder or use stairs and slopes. Read on to learn how to get the Ladder to climb cliffs as well as how to build Stairs and Slopes for a permanent solution!

How to Climb Cliffs

Both of these methods are explained during the course of the game. However, since it takes a long time to be able to build Slopes and Stairs, you will mostly be using the Ladder.

How to Get the Ladder

Instructions to Get the Ladder 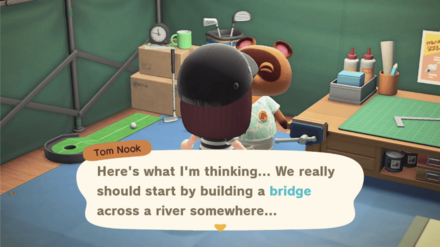 To reach the point in the game where you can build Nook's Cranny and build a Bridge, check our complete story guide below with detailed instructions on each task in order.

This method is for the first player on the island. For the next players, read the next section below.

Since the next players on the island won't go through the same process, the Ladder recipe will be available instead at Nook's Cranny.

How to Craft the Ladder 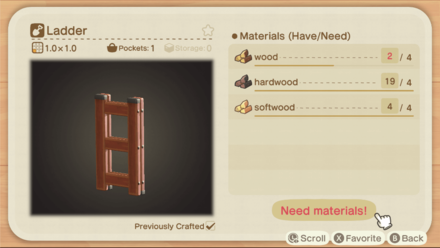 3 pieces of Softwood, Hardwood and Wood are needed to make the Ladder. If you don't have enough wood to make it, you can either craft or buy an Axe to get more wood from trees.

How to Craft the Ladder

The Ladder is Also Useful for Mystery Island Tours 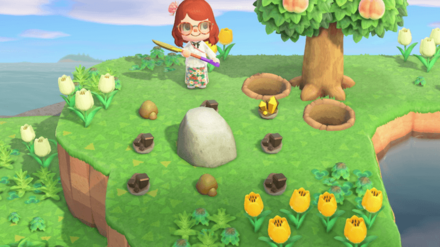 There will be cliffs on islands you can go to on Mystery Island Tours. These cliffs might hold fossils and rocks that you can mine for materials, so the Ladder is a must-bring item!

How to Use the Ladder

Go Up and Down Cliffs

To use the Ladder, you'll need to switch to the Ladder Tool after obtaining it, go up to a cliff, and press the A Button to either climb it or descend it.

The Ladder will never break, so rest assured that you won't be left stranded on top of a cliff!

How to Build Stairs and Slopes 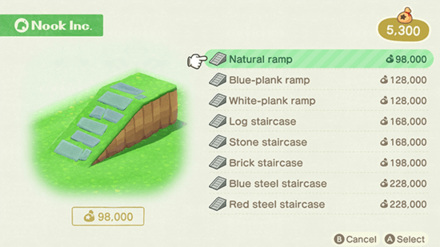 After upgrading Resident Services, you'll gain access to infrastructural changes to the island such as building Bridges, Stairs and Slopes.

Are Stairs and Slopes Worth It?

Stairs and Slopes provide an easy way to climb cliffs without having to pull out the Ladder every time, making them a big time-saver.

As makeshift bridges can be made with the Island Designer tool, they're a better long-term investment than Bridges.

That said, each set of Stairs and Slopes is a sizeable investment of 98,000 Bells or more. If you want to make these kind of changes to your island, be sure to start saving up early! 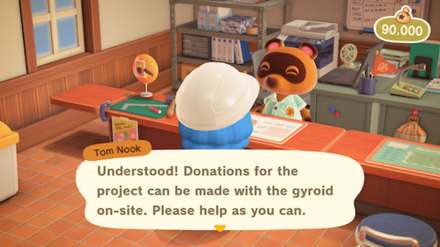 After placing down a construction marker, a Gyroid will be in front of the planned location to accept donations. Once the full amount has been paid, the Stairs or Slopes will be constructed.

If you have other users living on the island, or players from other islands come to visit you, be sure to ask for donations. A donation might be a great condition for an online trade!

In order for us to make the best articles possible, share your corrections, opinions, and thoughts about 「How to Climb Cliffs and Build Stairs and Slopes | ACNH - Animal Crossing: New Horizons (Switch)」 with us!