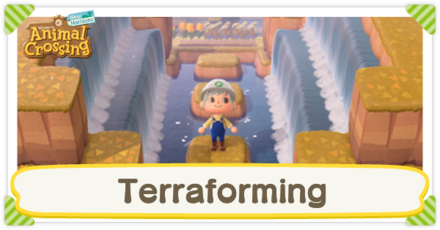 Learn how to terraform to unlock new designs for your island! To terraform, you need to unlock the Island Designer App by raising your island's rating to 3 stars in Animal Crossing: New Horizons (ACNH). Find more ideas on how to modify your island with our guide!

How to Terraform Using the Island Designer App

Create Roads and Paths via Terraforming 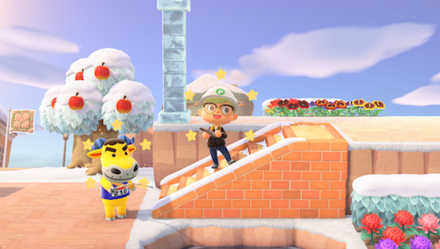 You'll be able to freely create roads anywhere on the ground.

Bring in a sense of order and civilization to your island with roads that will make it easier to reach essential facilities and services.

How to Create Paths

A variety of types of roads available 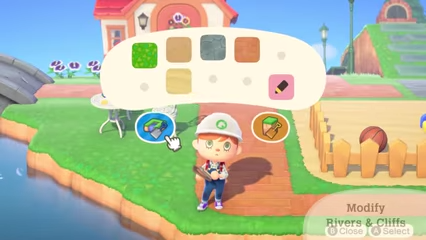 To add a sense of variety to your town, use different kinds of roads for different purposes to make an island that best fits your style. 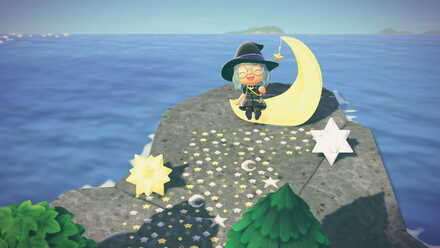 The Custom Design Path Permit allows you to easily place custom design patterns on the ground.

Check out our top custom designs for paths and ground from users all over the world!

Create and Modify Rivers and Ponds via Terraforming 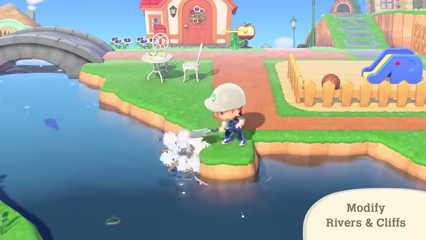 After you've unlocked the Waterscaping Permit, use your shovel to create and change the shape of rivers.

Make a river narrower or wider, or change it to any shape you can dream of to make your island easier to live on!

Create waterfalls to mesh with your rivers 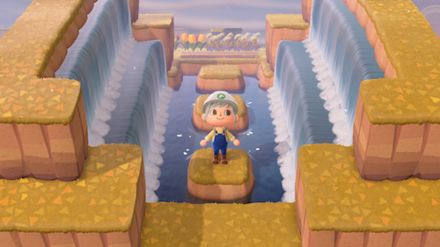 Combine the uses of the Cliff-Construction App and the Waterscaping App to get the best possible results.

When you have a river facing a cliff, create a waterfall at the top of the cliff to allow the river to pass through.

How to Make Waterfalls

Get creative with ponds

Mess around with the Waterscaping Permit to create ponds of different shapes. If you're looking for some inspiration, check out our guide!

How to Make Shaped Ponds

Create and Destroy Cliffs via Terraforming 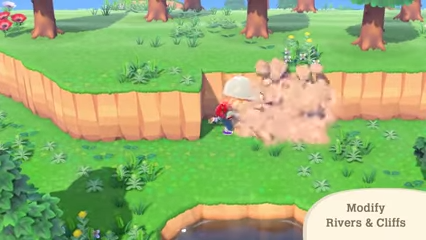 When you've unlocked the Cliff-Construction Permit, you can change the cliffs on your island to any shape that you like.

If there's a cliff that's often in your way, push it back a bit or eliminate it altogether to better suit your island. 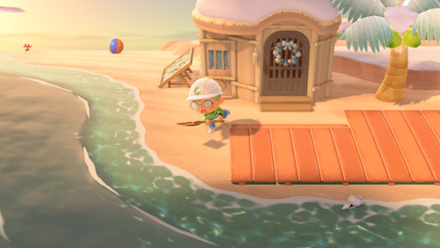 You can't modify the beach by terraforming using the Island Designer.

It's also not possible to change the shape of estuaries and beaches, so be careful when choosing your island layout at the start of the game!

How to Choose the Best Island Layout

You cannot modify the rocks on the beach 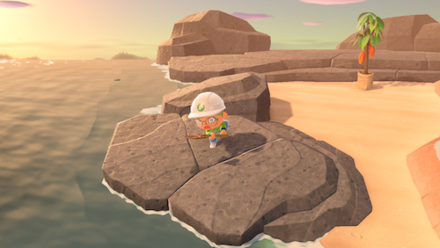 Additionally, you can't modify the rocks on the beach with the Island Designer, so take note of that when selecting your island layout! 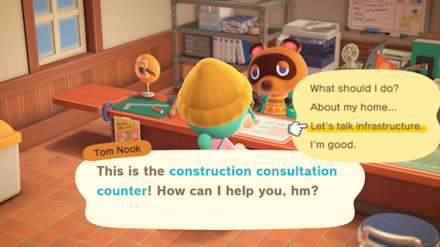 Buildings can't be moved using the Island Designer, since it requires talking to Tom Nook at the construction consultation counter inside Resident Services.

Note that you need to have an upgraded Resident Services to use this feature.

You cannot move the Airport and Resident Services

All facilities' locations can be moved except for the Airport and Resident Services. Select your island layout carefully when starting the game.

You Can Only (Normally) Climb Up to the Third Cliff 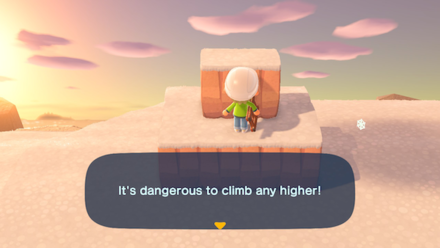 With the Cliff Construction Permit, you can build cliffs up to the 4th level. Normally, the 4th level can't be accessed.

However, through the help of a glitch we've discovered, you'd be able to access and place items on the 4th level. For more information, check out our guide below!

Cliff Glitch - How to Climb the 4th Level 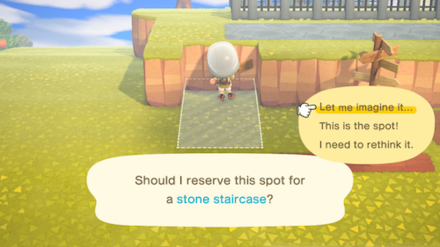 Inclines and slopes can only be constructed at the construction consultation counter inside Resident Services.

Exchange for Miles at Nook Stop 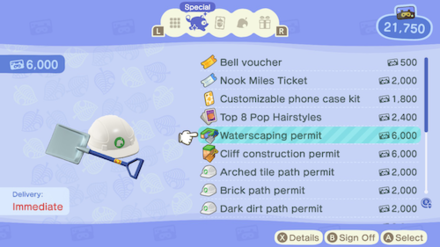 After you've unlocked the Island Designer App, all the relevant permits will become available at Nook Stop.

Only the basic Construction Permit is available initially. Buy each of the permits in exchange for Miles.

Purchasing the Waterscaping Permit and the Cliff-Construction Permit allows you to perform different kinds of construction across the island.

As the Waterscaping Permit allows you to build land bridges across rivers, it's recommended to buy this right away after unlocking the Island Designer app.

On the other hand, the Cliff-Construction Permit does not allow the creation of slopes, so obtaining it has a somewhat lower priority.

How to Unlock Island Designer

Unlocking Island Designer at a Glance 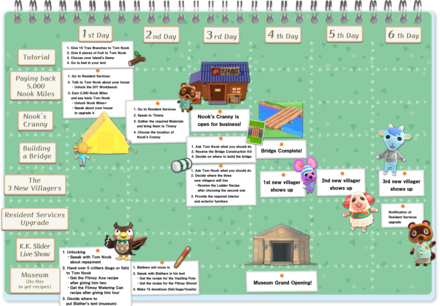 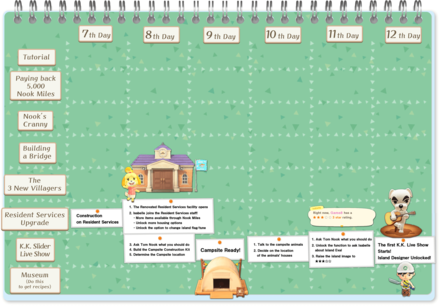 When Do You Get Terraforming? 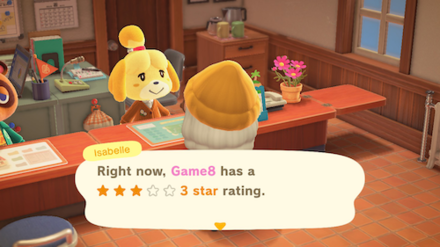 To unlock the Island Designer app, you will need to raise your Island Star Rating to 3 Stars. This is essentially the last mission of the main story.

Complete all the requirements up to this point in order for Island Designer to become available.

Once K.K. Slider finishes his first performance, Tom Nook will call you to give you the Island Designer app.

To learn all that you'll need to do, check out our full story guide below!
How to Unlock Terraforming Guide

Other Players Can Use Island Designer

Once the first player or the resident representative, has unlocked Island Designer, other players on the island will automatically receive the app as well via phone call from Tom Nook.

What Is Island Designer? 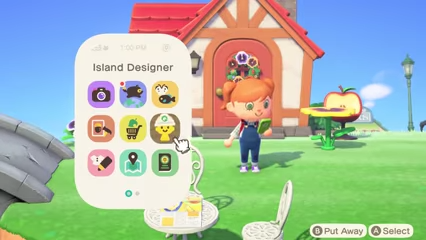 The Island Designer App allows you to create roads and reshape the rivers and cliffs surrounding you.

Transform your island from a deserted wasteland ruled by nature's grip to a curated paradise with every detail tuned to your unique taste.

List of NookPhone Apps and How to Unlock Them

What is Terraforming and Landscaping? 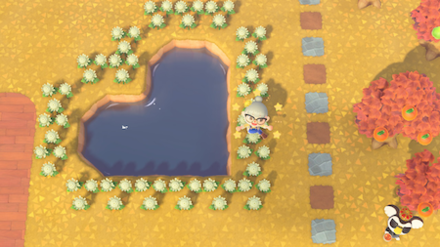 Both Terraforming and Landscaping are words used for changing the cliff, river and pond layouts of your island.

Unlike previous games, you can re-shape most of your island as you wish in New Horizons.

You can make it entirely flat, surround everything with rivers or even recreate landscapes from other games... the possibilities are endless!

To do all of this, however, you first need to get the Island Designer App from Tom Nook.

See more comments (9 Comments)
Opinions about an article or post go here.
Opinions about an article or post
We at Game8 thank you for your support.
In order for us to make the best articles possible, share your corrections, opinions, and thoughts about "Terraforming Guide and Ideas" with us!
When reporting a problem, please be as specific as possible in providing details such as what conditions the problem occurred under and what kind of effects it had.