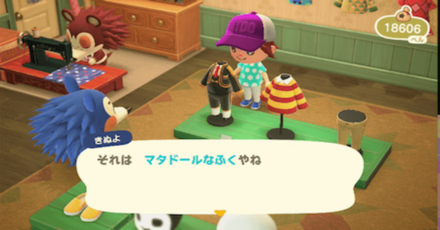 Based on the Switch Language Setting 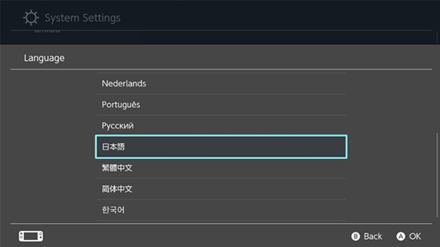 How to Change the Language 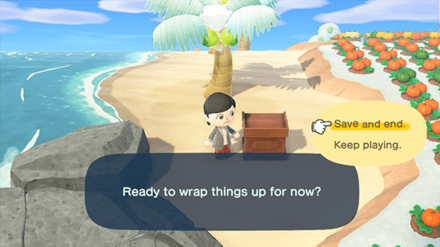 Press the Minus (-) Button and select Save and End. 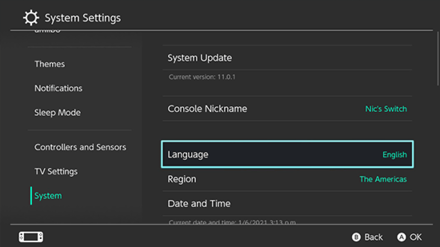 Next, change the Language setting from the System Settings menu.

A Confirmation Screen May Appear 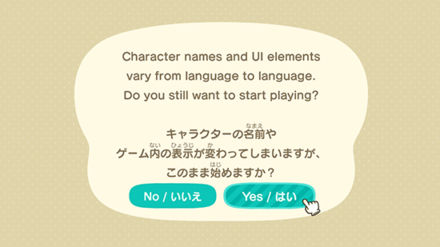 If you've played the game previously in a given language, and change the Nintendo Switch Language setting to anything other than English, a confirmation screen will appear the next time you start the game with warnings displayed in both languages.

If you're ok with the language displayed, you can simply proceed through these screens as normal.

Play the Game in Any Language! 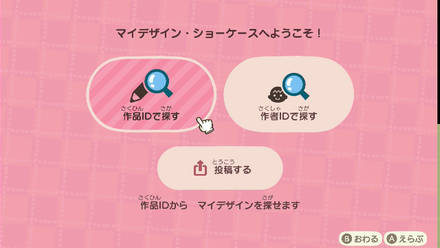 Now you're ready to play the game in any language you want! Because you can change the language at any time, there's no fear even if you want to try changing to a language you don't speak.

For example, if you'd like to try changing the language to Japanese to check out the original version of the game, feel free to do so any time.

Register as a member and get all the information you want. (It's free!)
Login
Opinions about an article or post go here.
Opinions about an article or post
We at Game8 thank you for your support.
In order for us to make the best articles possible, share your corrections, opinions, and thoughts about "The Language Setting" with us!
When reporting a problem, please be as specific as possible in providing details such as what conditions the problem occurred under and what kind of effects it had.