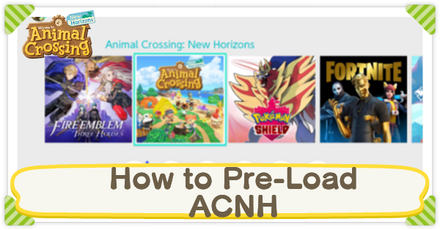 This guide shows you how to pre-load Animal Crossing: New Horizons (ACNH) for the Nintendo Switch, before its release.

Note: Animal Crossing: New Horizons has already been released and this guide no longer applies to the present.

If Buying Directly from the Nintendo eShop

The Coming Soon tab is sorted by the date of release date. Remember – Animal Crossing New Horizons will be released on March 20, 2020 and once you've pre-loaded the game, it can be played from 12:00 AM on the day of release.

If you pre-load the game Animal Crossing: New Horizons, you will be able to play the game on the day of release from 12:00 AM on March 20, 2020. If you want to be the first on your block to get into the game, pre-loading is the way to go!

How to Play after Pre-Loading

If you have already downloaded the game files, you can start the game on the date of release, March 20, 2020 just by following these simple steps, without any need for long waiting times.

Things to Watch Out for when Pre-Loading

You Will Need At Least 6.2GB of Storage 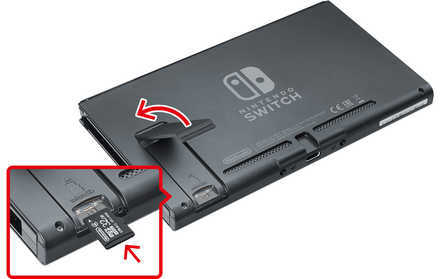 Animal Crossing New Horizons requires a total of 6.2GB of free space on your Nintendo Switch. Your Nintendo Switch has a built in 32GB of space so if your memory is full, you might need to delete other game data, or prepare a microSD card to store more data.

Examples of games that take a lot of space

In order for us to make the best articles possible, share your corrections, opinions, and thoughts about 「How to Pre-Load (Download before Release) | ACNH - Animal Crossing: New Horizons (Switch)」 with us!