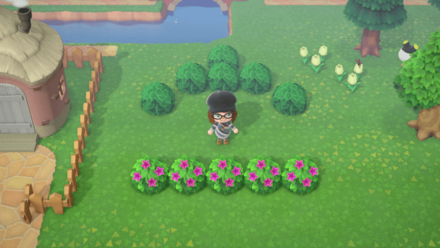 See all the Bush types sold at Leif's Garden shop in Animal Crossing: New Horizons (ACNH) for the Nintendo Switch. Listed here are all bush seasons and color varieties, so read on to find the perfect shrubbery for you!

How to Get Bushes and Shrubs 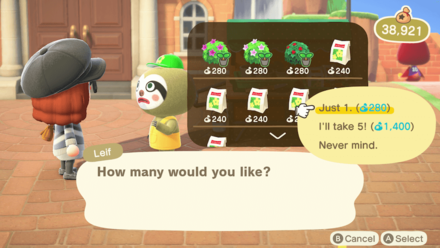 Leif will appear random days at the plaza, and sell Shrub starts and Flower seeds that are not available in your Nook's Cranny selection. 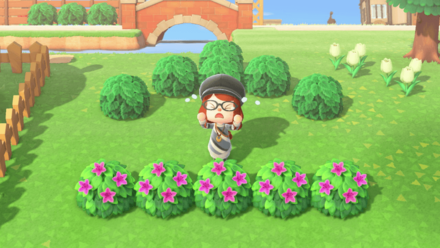 Unfortunately, Bushes and Shrubs don't spread naturally or cross-pollinate, so the only way to get more is to buy them from Leif, and only the colors available at the shop can be grown.

※ We encountered an odd case where the Bushes fully grew in 1 day, and are currently investigating the phenomena.

The first day in the images above is the day you plant them. After that, it'll take 3 days for them to be fully grown and sprout Flowers.

The Flowers on the Bushes bloom only in certain seasons, so refer to the list above to see what Bush blooms when!

What Can Bushes Do?

You Can't Pick Their Flowers

While all Bushes grow a type of flower (or berry in Holly's case), you can't pick them and use them for DIY or decorations.

Bushes work more like trees than flowers, so we suppose it makes sense.

Move Bushes with a Shovel 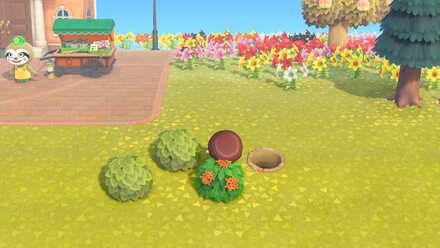 Like both Trees and Flowers, Bushes can be moved with a shovel.

Bushes also don't require eating fruits to move, so once they're grown you can freely move them around as you wish. 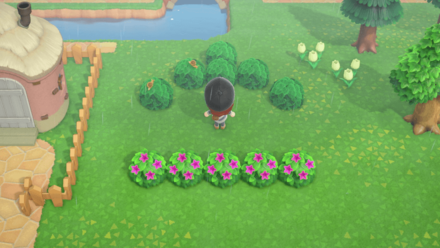 Like in New Leaf, Snails appear on Bushes in rainy weather.

This might mean that having lot of Bushes will make it harder for other Bugs to spawn when it rains, so keep that in mind when planting them!

>>4 those are not fully grown

wait a day and it’ll turn purple or blue

Register as a member and get all the information you want. (It's free!)
Login
Opinions about an article or post go here.
Opinions about an article or post
We at Game8 thank you for your support.
In order for us to make the best articles possible, share your corrections, opinions, and thoughts about "Bushes and Shrubs Guide - List of Types and Seasons" with us!
When reporting a problem, please be as specific as possible in providing details such as what conditions the problem occurred under and what kind of effects it had.