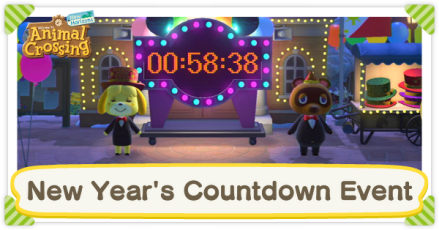 Three, two, one... happy new year! Celebrate the end of one year and the start of another with your faithful friends and villagers in Animal Crossing: New Horizons (ACNH) for the Nintendo Switch!

Learn about when the New Year's Eve Countdown event begins, what items you can get from Tom Nook and Isabelle, and more by reading our guide below! 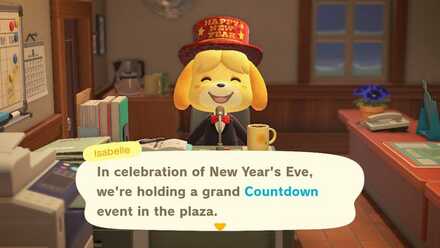 The New Year's Eve Countdown event happens on December 31. All throughout the day there will be a huge countdown timer on your plaza.

Isabelle and Tom Nook will be at the plaza from 5 AM, but the festivities will begin at 11 PM, which is when your villagers will start to gather at the plaza.

What to Do During New Year's Eve?

Talk to Tom Nook and Isabelle

The Resident Services building will be closed on New Year's Eve. Instead, Tom Nook and Isabelle will have a countdown timer at the plaza. Talk to Isabelle to get a Light Stick, and to Tom Nook to get 5 Party Poppers. 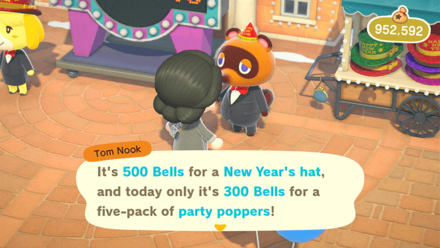 Tom Nook also sells New Year's Hats in different colors for 500 Bells. There are two types of New Year's hat that you can buy: The New Year's Hat and the New Year's Silk Hat. Note that the type of hat you obtain upon buying is random, so you will need to buy the other type of hat in the next year to collect them all!

You can only get 4 colors every year 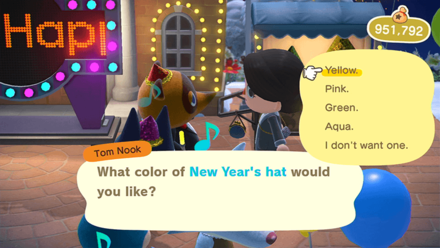 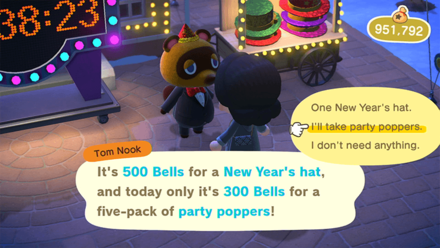 On top of the hats, Tom Nook will offer sets of 5 Party Poppers for 500 Bells, which is the same price as Nook's Cranny.

Wait for the Countdown at the Plaza

As the countdown nears its end, Villagers will gather around the plaza to celebrate. The countdown will start beeping every second at the final minute.

Villagers will start waving their light sticks in time with the beeping in the final 10 seconds. Join in the festivities as you wave your light stick with your villagers!

Talk to your villagers after the countdown 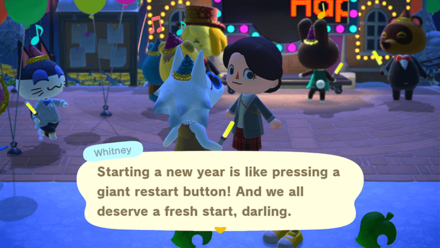 You can talk to your villagers when they are at the plaza during the countdown to learn what they think of the upcoming year. They might also tell you their New Year's Resolutions!

You can also talk to them until the event ends to bid farewell to the previous year and welcome the new year! 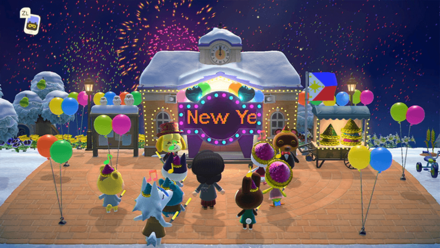 The Fireworks Shows lasts from 12AM to 2AM. Take some pictures with your villagers to capture an unforgettable moment! Make sure to use your Light Stick and Party Poppers for an added flair.

Receive 500 Nook Miles the Day After 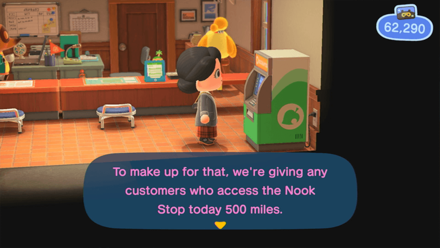 You won't be able to access the Resident Services during the Countdown. To compensate, you'll receive 500 Nook Miles the next day. Not only that, you'll also receive the 7 day log-in bonus the day after! How's that for welcoming the new year!

Here's all the items avaliable during the New Years event!

See more comments (1 Comments)
Opinions about an article or post go here.
Opinions about an article or post
We at Game8 thank you for your support.
In order for us to make the best articles possible, share your corrections, opinions, and thoughts about "New Year's Countdown Event Guide, Items and Activities" with us!
When reporting a problem, please be as specific as possible in providing details such as what conditions the problem occurred under and what kind of effects it had.