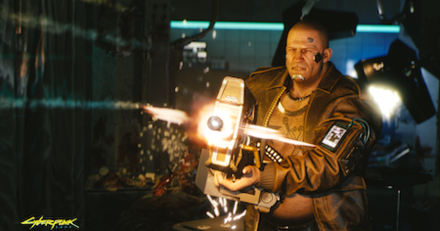 This is a list of Weapons in the game Cyberpunk 2077. Learn what weapons are found in the game, what stats affect Weapons, and what types of Weapons appear.

How to Use Weapons

Weapons in Cyberpunk 2077 are one of the more action-oriented aspects of the game. Players will use guns and other weapons in a first-person view to target and take down opponents.

Weapons have Attachments and Mods allowing for customization to suit the player's style. Even within the FPS aspects of the game, these RPG elements remain at the forefront.

Both Ranged and Melee Weapons are available, each divided into individual classes with their own characteristics.

In addition to their Class, each Weapon has a specific Type which determines the weapon's effects and how it is used.

Weapons are divided into Rarity based on their quality. Weapons of higher rarity tend to have a higher number of Mod Slots.

Weapons can also have an Iconic Rating separate from their Tier. Iconic Weapons have the associated benefit of providing their Crafting Specs free of charge, allowing players to make multiple and stronger versions of the same weapon.

There are several stats associated with each weapon.

All guns of a specific Class will have an initial multiplier to Headshot Damage. Note that some weapons may have individual boosts to this stat added on top of the multiplier.

Note that the Damage shown here is the highest value that we have been able to confirm. This number may be updated in the future

The following weapons were confirmed through the Cyberpunk 2077 official game guide. However, each weapon has been confirmed to be unobtainable in the normal playthrough of the game.

In order for us to make the best articles possible, share your corrections, opinions, and thoughts about 「List of Weapons | Cyberpunk 2077」 with us!