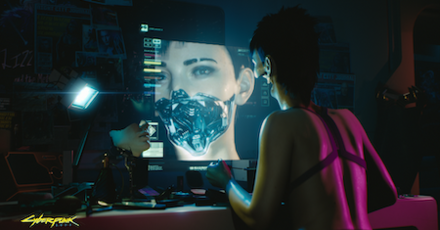 This is a list of Mods and Attachments in Cyberpunk 2077. Learn about all the Weapon Mods, Clothing Mods, and Cyberware Mods you can use to power up your character!

Scopes are a Weapon Attachment which can be used with Ranged Weapons that have a Scope Slot.

They generally have the effect of decreasing ADS Time (Aim Down Sights Time, the time it takes to finish the aiming animation) and increasing the Range (distance) up to which shots can land.

Muzzles are a Weapon Attachment which can be used with Ranged Weapons that have a Muzzle Slot.

They are used for Stealth-based playstyles, and generally increase the damage dealt when attacking from stealth, and decreasing the volume of shots at the expense of firepower. Because they decrease the gun's overall damage output, they're not recommended to use on your less-stealthy blast-o-matics.

These are more general modifications for your weapons, which can be subdivided into Melee Weapon Mods and Ranged Weapon Mods.

They can provide weapon stat boosts across the board, including increases to damage, crit chance, headshot damage, and more, or can even have more niche effects like weakening enemies or eliminating vertical recoil.

Like Weapon Mods, Clothing Mods serve to boost the stats of Clothing, such as increasing the Armor stat, providing damage reduction against specific damage types, or even providing more general boosts like increasing crit chance, reducing stamina consumption, and allowing you to survive longer without oxygen.

Unlike Weapon Mods, they are not subdivided by the type of Clothing, and all Clothing Mods can work on any piece of Clothing with a Mod Slot.

In order for us to make the best articles possible, share your corrections, opinions, and thoughts about 「List of Mods and Attachments | Cyberpunk 2077」 with us!