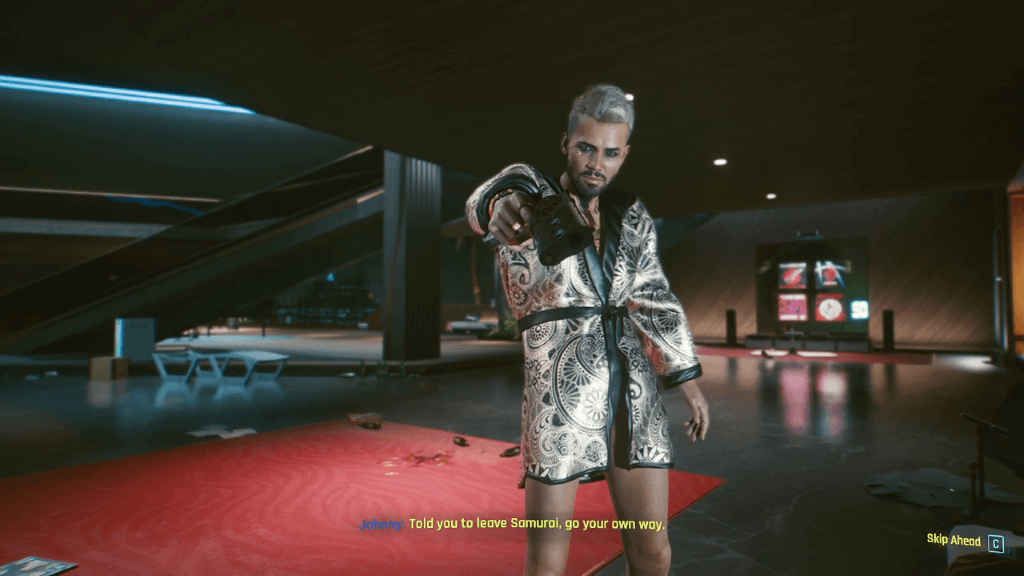 This is a guide on Kerry Eurodyne, a character in Cyberpunk 2077. Learn about how to romance Kerry with our full romance guide, what Side Quests and choices are needed to romance Kerry, and Kerry's effect on the ending of the game. 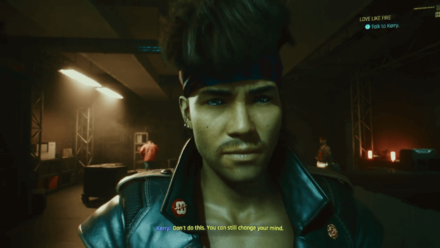 Kerry Eurodyne is one of the original members of Samurai, Johnny Silverhand's band, first seen in flashbacks. He first comes off as someone who butts heads with Johnny but in the present day, he's known as one of Night City's rockstars.

How to Romance Kerry

Kerry Can Be Romanced 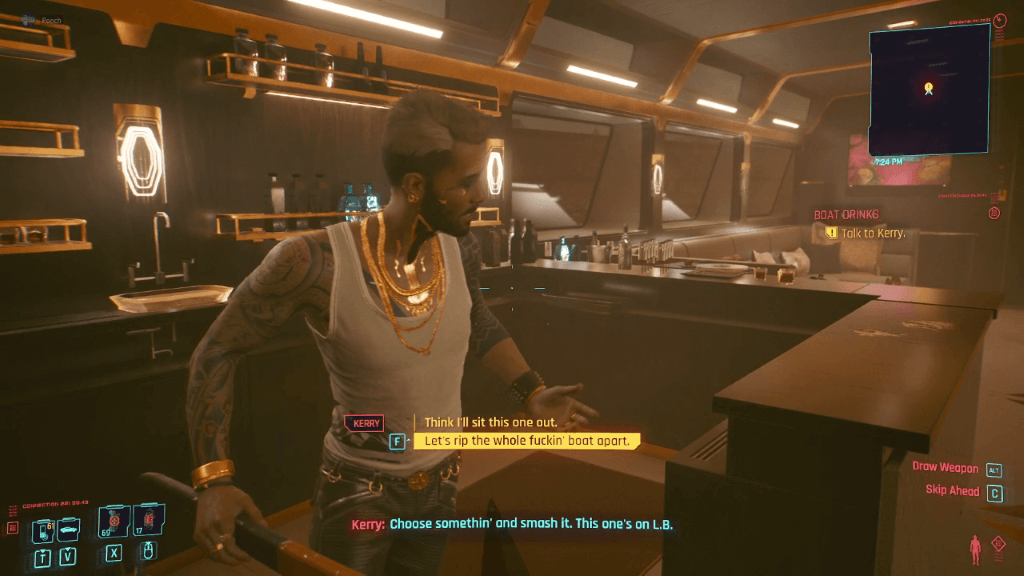 Kerry is available as one of the Romance options, but only for Male V. If you're hoping to romance Kerry, be sure to choose a male character at the start of the game, as this aspect cannot be changed at any time.

Does Kerry Eurodyne Affect the Ending? 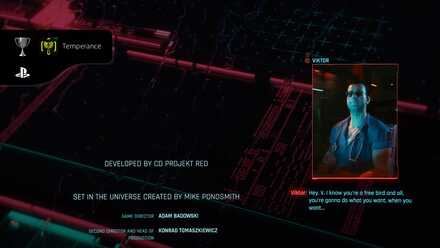 The player's relationship with Kerry Eurodyne does not have a significant effect upon the ending of the game itself.

Kerry Eurodyne Main and Side Quest

Kerry is first seen in a flashback of Johnny Silverhand's life, right before Johnny goes on his rampage at Arasaka Tower. He tells Johnny it's not to late to leave, but is dismissed by him.
Love Like Fire Quest
Walkthrough and Rewards 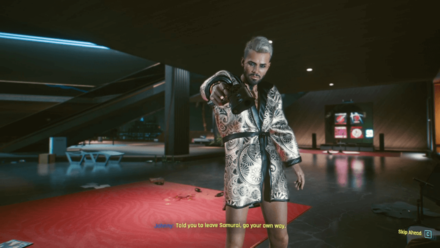 After going out with Rogue, Johnny suggests V visit Kerry, his old bandmate. V sneaks into his manor in North Oak and meets him as Johnny, which causes the two to reminisce and gives Kerry the idea to reform Samurai for one night only.
Holdin' On Quest Walkthrough and Rewards

V then heads out to find Nancy, the former manager who's now a reporter under the name of Bes Isis. After getting her to safety, V then heads to another band member's house, Denny, and finds her in an altercation with her ex-lover Henry. Kerry then asks V to choose which one gets to play with them.
Second Conflict Quest
Walkthrough and Rewards 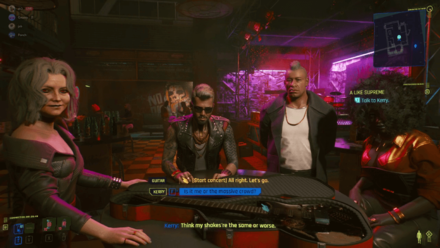 Nancy sets up the gig at the Red Dirt club, and V heads over there. He meets with the rest of the band, and then takes a pill to give Johnny control, and rocks out with the remnants of Samurai for one night only.
A Like Supreme Quest
Walkthrough and Rewards

After the concert, Kerry contacts V for help claiming he's the right man for the job. He asks V to meet up with him, picks him up in a beat up jalopy, and drives him to where a van passes by. He explains that the pop group Us Cracks are banking on his song for their US debut and he won't allow that. V and Kerry then ambush the van containing their equipment and destroy it, then end up in Kerry's favorite coffee shop.
Rebel! Rebel! Quest
Walkthrough and Rewards

I Don't Wanna Hear It 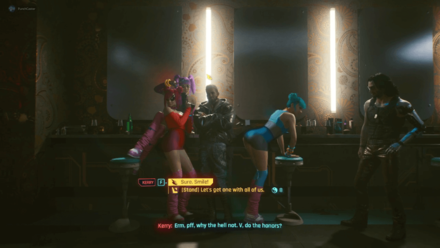 Kerry learns that the Us Cracks concert tour goes on despite the van incident and is furious. He calls V and they meet up in front of their concert area, where V finds a way in with Kerry and sneaks into their dressing room. Kerry confronts them and learns that their labels made the deal to use Kerry's song for Us Cracks, and then he apologizes. He sees that the Us Cracks are good girls and decides to hang out with them while V leaves.
I Don't Wanna Hear It Quest
Walkthrough and Rewards 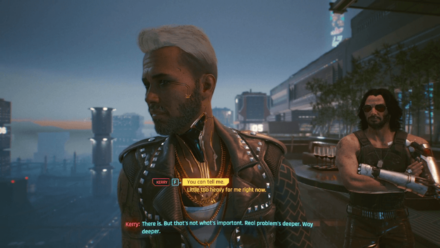 Kerry debuts with the Us Cracks, and invites V to the event. He then takes V to the rooftop where they have a heartfelt conversation.
Off The Leash Quest
Walkthrough and Rewards

Kerry invites V to a yacht cruise, only to reveal that it is the yacht of his manager who made the Us Cracks deal. He then destroys the yacht.
Boat Drinks Quest Walkthrough and Rewards

In order for us to make the best articles possible, share your corrections, opinions, and thoughts about 「Kerry Eurodyne: Romance Guide and Side Quests | Cyberpunk 2077」 with us!