Difficulty Settings and How to Change Difficulty | Cyberpunk 2077 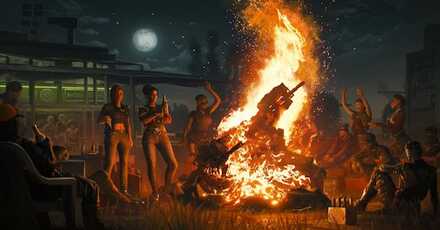 This article is on the difficulty settings Cyberpunk 2077 has to offer. Read on to learn more about what to expect based on how hard you go in the game!

Which Difficulty Setting Are You Playing On? 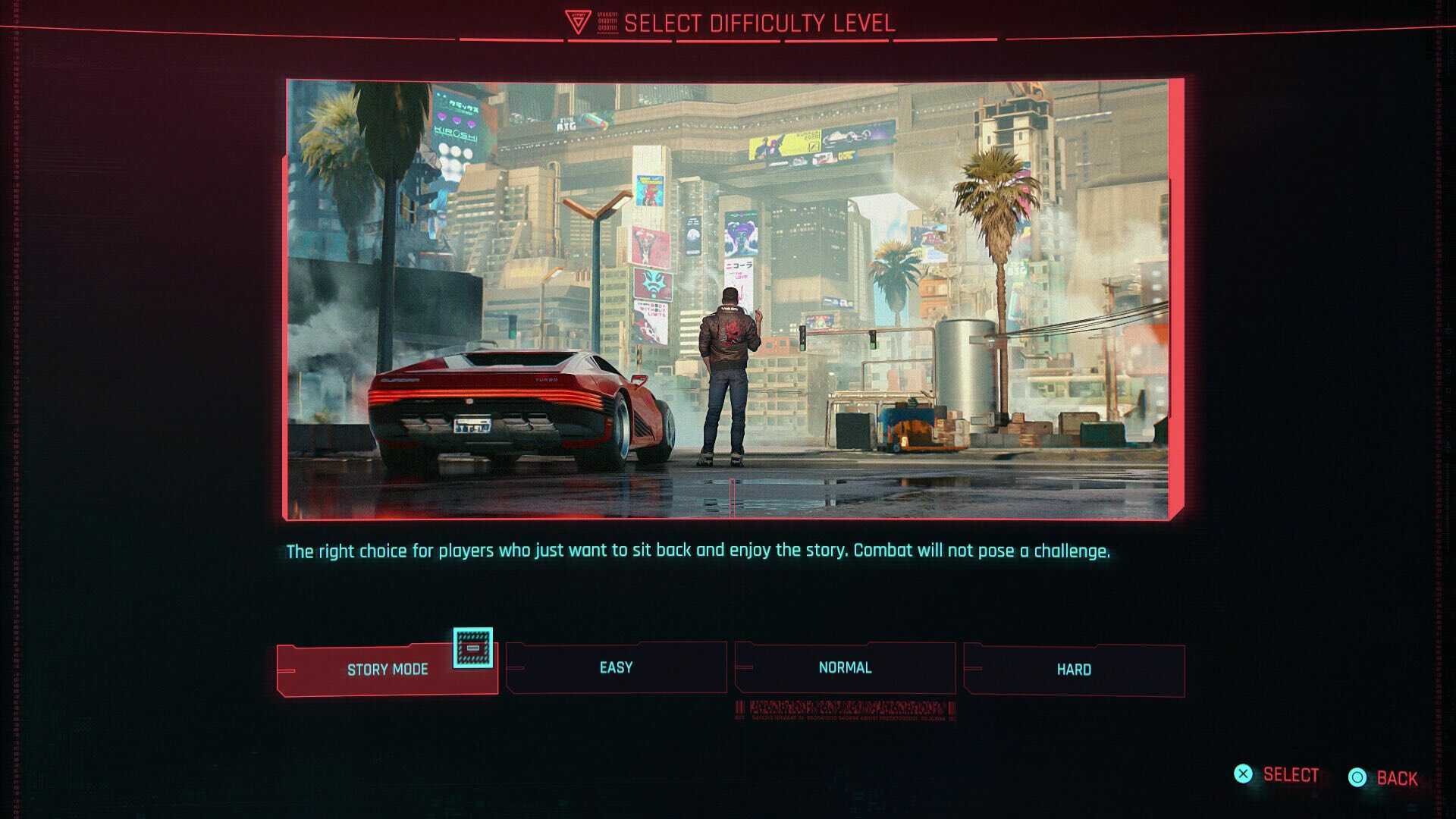 Easy Mode is the equivalent of going on a nice cruise. This is the perfect choice for players who want to be more immersed in the story and not have to worry so much about combat and other game mechanics.

In Patch 1.3, an adjustment to this was made. Enemies will now detect V slower compared to harder difficulties. 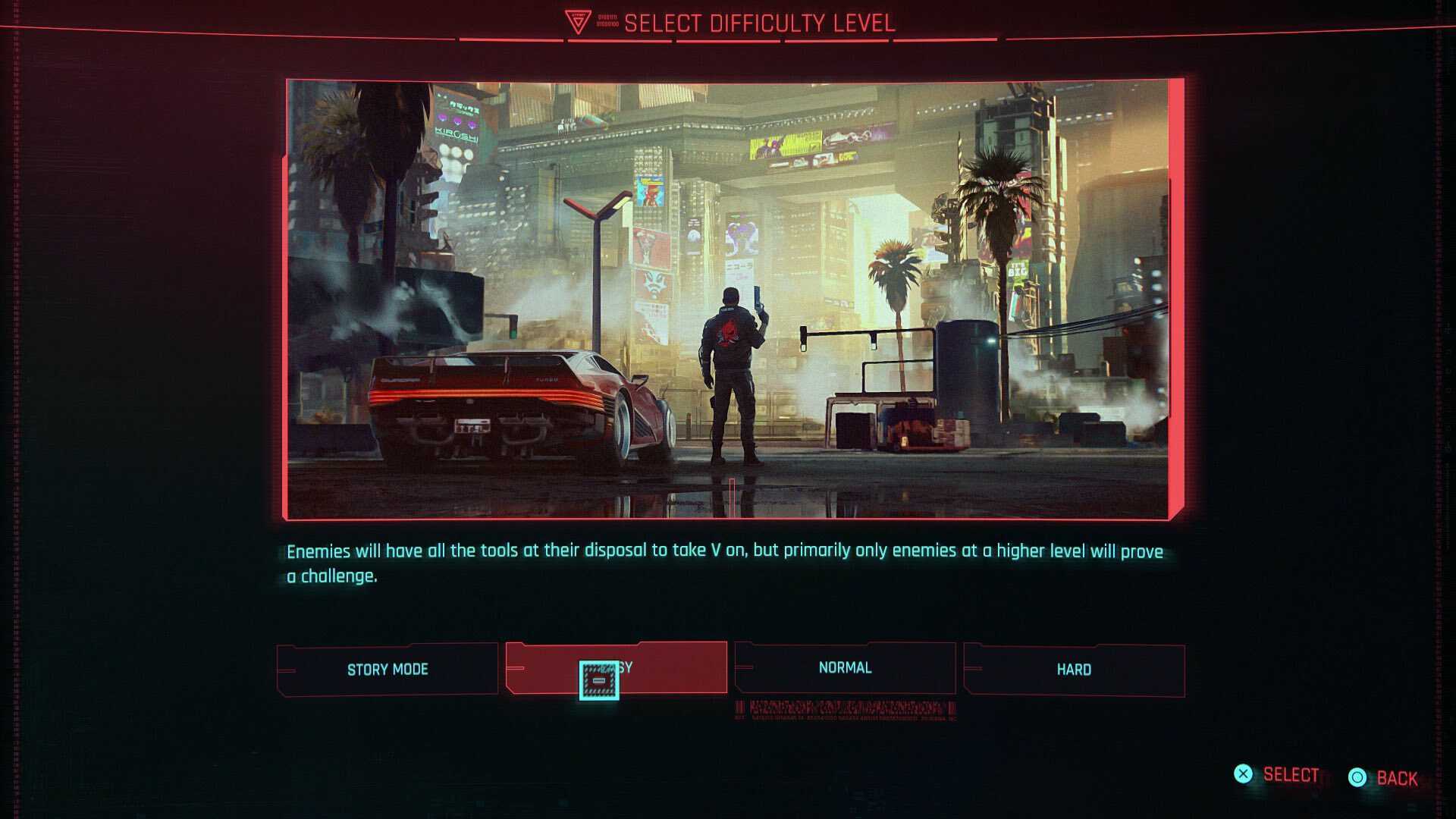 Normal Mode will let you in on a breezy ride throughout the game. Enemy Battles won't take their toll on you but expect opponents in Boss Battles to be quite formidable.

In Patch 1.3, an adjustment to this was made. Enemies will now detect V slower compared to harder difficulties. 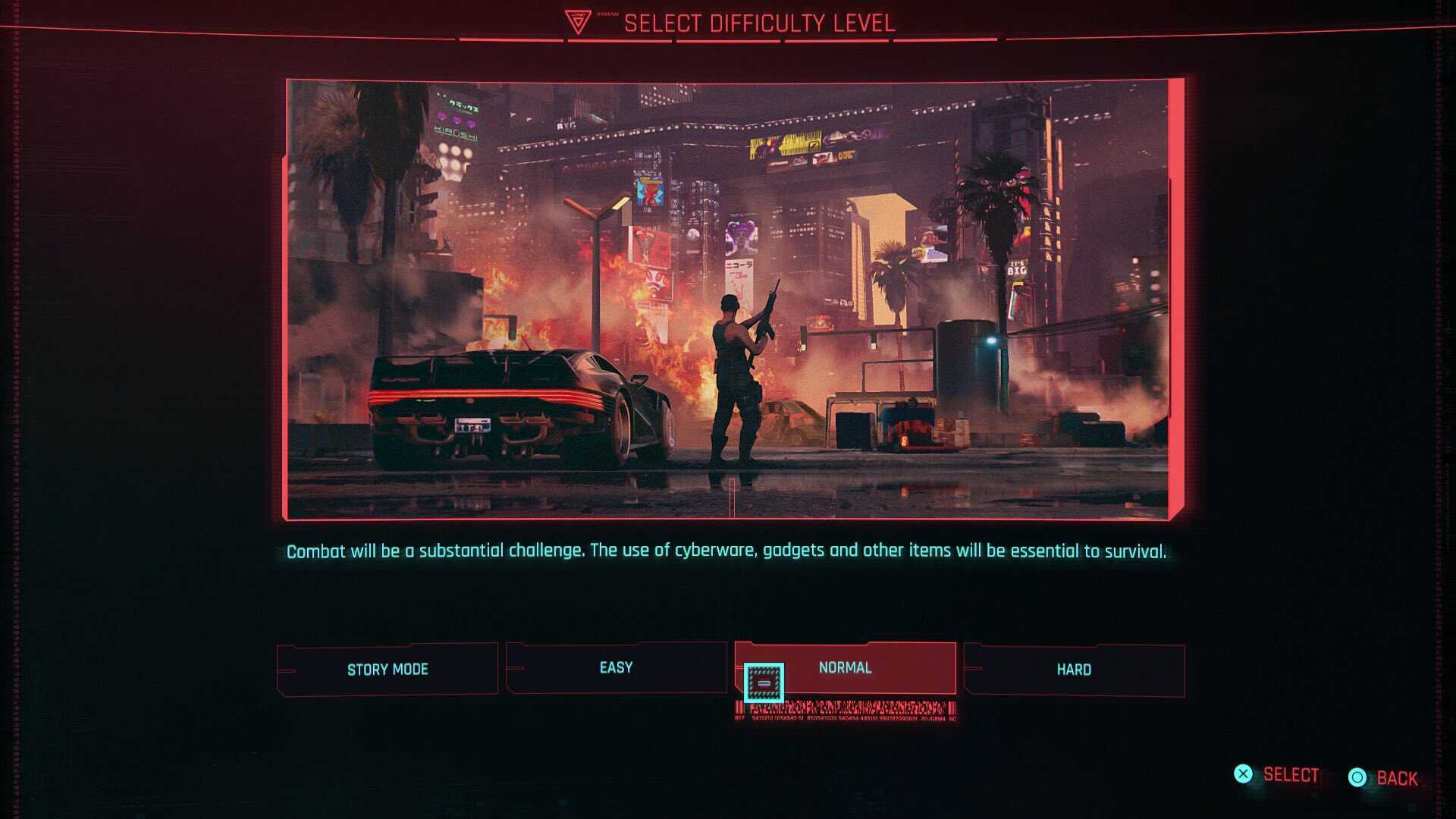 Hard Mode will tickle your brain just about right. Expect considerable challenge in combat and a demand for wise use of your arsenal. 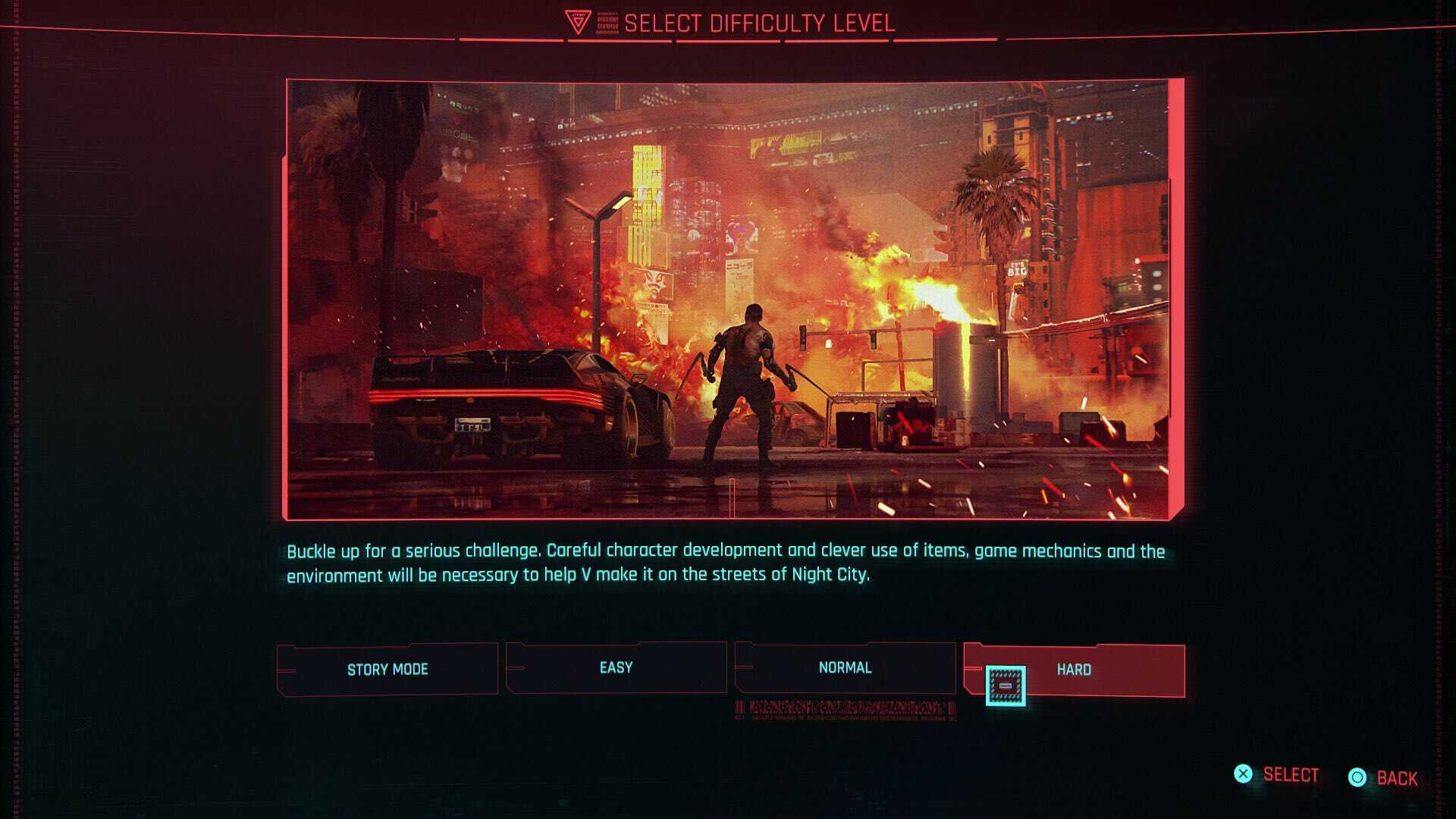 Very Hard Mode is where you have to take every thing into account—from character development to the use of your items—and take them seriously to make it in Night City. You're going to be in for a serious challenge.

In Patch 1.3, an adjustment to this was made. Enemies will now detect V faster compared to easier difficulties. Those alerted will also be more active and aggressive when searching for V.

Change it in Gameplay Settings

Do not worry about choosing your difficulty setting at the start of a new game, as you can change it whenever you please. To do so, you will need to open up the Pause Menu and go to settings. Once in the settings menu, select the Gameplay Settings tab. The first option in the accessibility options is the difficulty. You can freely choose whatever difficulty you wish to play on, allowing you to adjust whenever you feel like it.

In order for us to make the best articles possible, share your corrections, opinions, and thoughts about 「Difficulty Settings and How to Change Difficulty | Cyberpunk 2077」 with us!