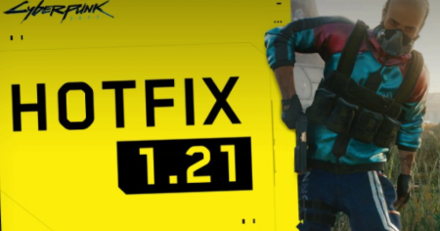 This page details the fixes introduced in Hotfix 1.21 update in Cyberpunk 2077. Read on to know what fixes and issues were addressed in the game!

On April 14th, 2021 at 10:22 GMT, CD Projekt Red released Hotfix 1.21 which focused on stability fixes and fixing up issues that could block progression. This was available on all platforms including PC, consoles, and Stadia.

Since Hotfix 1.21 focused on specific gameplay and progression blocking fixes, our team would be investigating further issues and fixes that needs to be resolved. If there's an issue you want fixed immediately, share it with other users on our list and board below to let your voice be heard by the community.

In order for us to make the best articles possible, share your corrections, opinions, and thoughts about 「Patch 1.21 (Hotfix 1.21) | Patch Notes and Release Date | Cyberpunk 2077」 with us!