This is a walkthrough for Ghost Town, a Main Quest in Cyberpunk 2077. Read on to learn all the available choices in Ghost Town, how to get the best possible result, tips and strategies for the Quest, and all available rewards.

How to Unlock Ghost Town

This list contains only rare Items and those which have a high chance of appearing.

If you decide to help Panam out by taking out Nash and all of his men the quest will still proceed as before, but you will earn points towards romancing her if you are playing a male character. You will get a slightly annoyed text from Rogue but this doesn't appear to affect anything.

Not dealing with Nash means you will lock yourself out of Panam's romance, though you'll still be able to do her side quests.

Even if playing as a female character, dealing with Nash seems to be the better choice because you can get some extra loot and exp from the shootout. Rogue's response seems to have no affect on future quests so there's really no reason not to do it.

How to Beat Nash 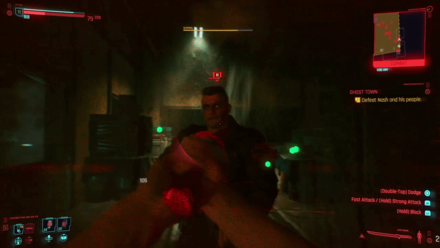 Taking on Nash and his army can be overwhelming, but it can be pulled off. Kill your way to the stairs until you reach Nash in his office. It is recommended to use a powerful shotgun or strong melee weapon to take him down quickly.

After killing Nash, more enemies will surround you from below. You can use Nash's Widow Maker precision rifle to pick off enemies one by one. Panam can guard the stairs but still keep an eye on it for anyone that get pasts her.

Take Out the NetRunners

There are two NetRunners in the fight with Nash that can cause you trouble with their Overheat ability that sets you on fire. Try to find them and take them out as soon as you can. 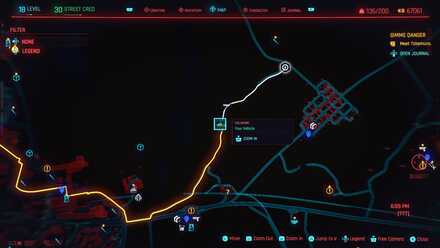 After this Main Job, you can go back to where you fought Nash and the others to find a Rayfield Caliburn. Drive back to the tunnel until you reach the area where Nash's corpse was then go a little further to the south until you find the wheels. 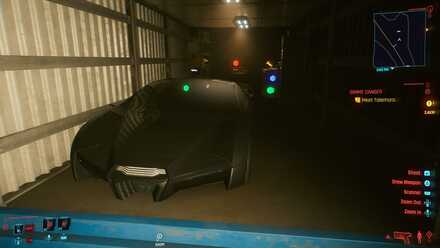 You'll eventually find the Caliburn in the tunnel along with some items. It's probably Nash's or Nash stole it from someone else but who cares. Enter the car and it will automatically register as one of your vehicles.

1.5*: Only available in the Secret Ending

Post (0 Comments)
Opinions about an article or post go here.
Opinions about an article or post
We at Game8 thank you for your support.
In order for us to make the best articles possible, share your corrections, opinions, and thoughts about "Ghost Town Quest Walkthrough and Rewards | How to Get Free Car Rayfield Caliburn" with us!
When reporting a problem, please be as specific as possible in providing details such as what conditions the problem occurred under and what kind of effects it had.