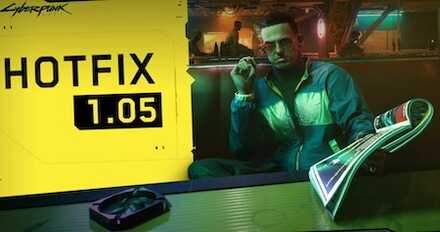 This page has the patch notes and all details of fixes included in Patch 1.05 for Cyberpunk 2077. See if the bug you have been experiencing has been fixed in Patch 1.05!

On December 19th, 2020, at 0:45 GMT, CD Projekt Red officially released Patch 1.05 on Xbox and Playstation consoles. The PC version of the Patch followed soon after on December 20th.

The following is the text for the Patch Notes taken directly from the PS4 Update History.

A number of high-profile issues for PS4 and Xbox were prioritized for this patch. If you've confirmed any issues which are still in the game after the patch, be sure to post in our Bugs and Glitches sharing board!

In order for us to make the best articles possible, share your corrections, opinions, and thoughts about 「Patch 1.05 | Patch Notes and Release Date | Cyberpunk 2077」 with us!