How to Beat Rhino | Beat on the Brat: Rancho Coronado Quest Walkthrough | Cyberpunk 2077

How to Unlock Beat on the Brat: Rancho Coronado

Beat on the Brat Walkthrough

Beat on the Brat Quest Objectives

How to Beat Rhino

Time Your Dodges and Blocks 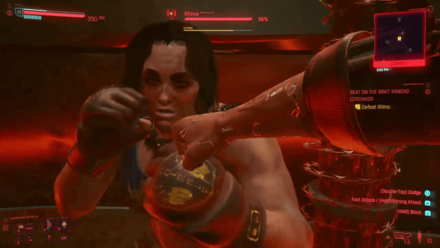 Rhino is the champion of Rancho Coronado. She hits incredibly hard and her attacks reach far. She can defeat you in two to three hits so make sure to dodge or block perfectly.

It's important to note that she winds up slowly before swinging. If you make sure to dodge to the side before she attacks, she will have a big opening for you to get some hits in. 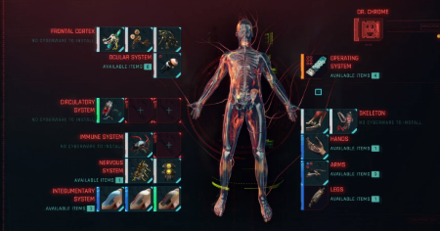 Take note that Rhino is one of the toughest brawlers in Night City. You can't just walk in her pit unprepared. So be sure to invest some eddies on the cyberware we listed below. 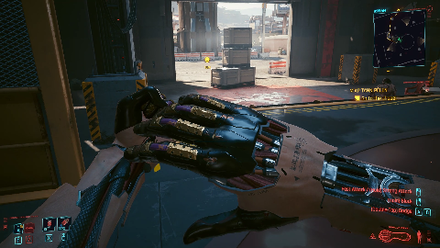 As with all Beat on the Brat fights, the Gorilla Arms is always a must. This cyberware adds points to your Body attribute, which adds up to your Physical Power, Health, and Stamina. 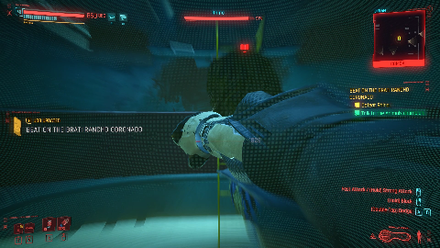 Another essential item for Beat on the Brat fights is the Synaptic Accelerator, this cyberware allows you to toss in some free hits at the very start of the fight.

It's also useful for slowing time during the fight, allowing you to reposition. 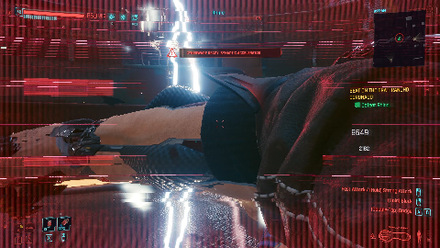 The Biomonitor allows you to heal a large percentage of your health instantly when it falls down a certain threshold. This is extremely useful as it can get you back on the offensive. 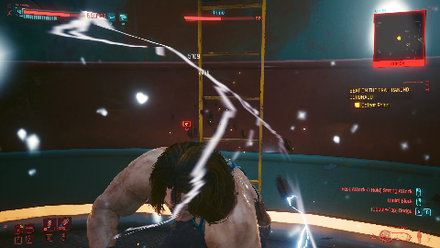 The Microgenerator instantly releases and electronic shock once your health drops to 15%, this can deal up to 20% - 50% damage of your enemy's total health.

The circumstances are conditional, but paired with the other cyberwares on this list, it can turn the tables. 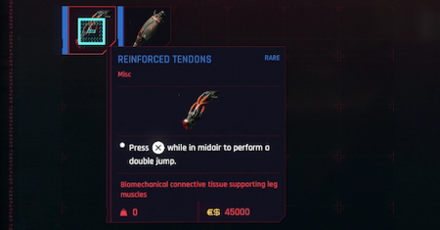 Another cyberware that will help in your fight against Rhino are the Reinforced Tendons, which allow you to double-jump. Rhino can't hit you if you're in the air, and jumping is much easier than dodging or taking Rhino's blows head-on.

Stay Away From the Corners 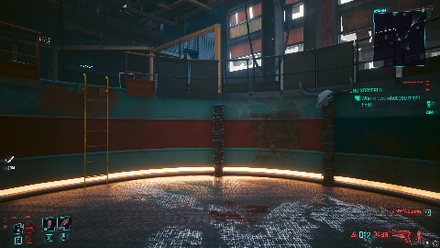 During the fight, be sure to stay away from the corners as the pillars can damage you. The ladder is just as dangerous as you can get stuck on it, allowing Rhino to hit you for free. 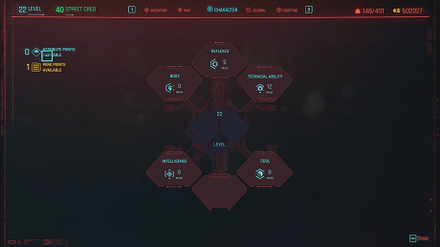 For most brawl fights you would want to specialize in Body, Cool, and Reflexes. These attributes add to your Physical Power, Health, Stamina, Movement Speed, and Critical Damage.

After completing this fight successfully instead of killing Rhino outside the ring, you will gain access to a new melee vendor in the building.

In order for us to make the best articles possible, share your corrections, opinions, and thoughts about 「How to Beat Rhino | Beat on the Brat: Rancho Coronado Quest Walkthrough | Cyberpunk 2077」 with us!