How to Refund for Playstation, Xbox, and PC | Should You Refund? | Cyberpunk 2077 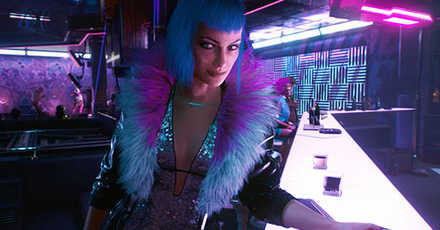 This is a guide to refunding Cyberpunk 2077, and how to get your money back. If you're not satisfied with your purchase, learn how to return the game for all platforms, including, PC, Playstation, and Xbox consoles.

NOTE: The last day to refund directly through CD Projekt Red will be December 21st, 2020, so be sure to confirm your refund process before that date!

CD Projekt Red made an official update regarding the refund process on December 19th, following their original announcement on December 14th, to reiterate their intention to provide a refund for all dissatisfied customers of both physical copies and digital copies bought at retail.

If you are unable to receive a refund through the physical store at which you purchased the game, you can contact CD Projekt Red at helpmerefund@cdprojektred.com through December 21st, 2020 to start the refund process. The announcement stated that the refunds themselves will begin after December 21st, 2020, so you'll need to wait until then for the next steps of the process to begin.

CD Projekt Red has suggested the following solutions for refunding the game based on your version of the game and console.

The suggestions available don't seem to vary much from the typical refund process for games. That said, a special email address (helpmerefund@cdprojektred.com) was specifically provided for players to return the game if they are unable to return through the methods listed above.

Should You Email CD Projekt Red?

It's not certain to what degree CD Projekt Red will be able to provide refunds, especially through third-party vendors. It's best to try the standard refund system for your console first, then try emailing if you're certain you will not be able to refund a different way.

Note that this special email address will only be available until December 21st, 2020, so be sure to evaluate your refund situation as soon as possible. If players are unable to make contact by then, they'll likely have no choice but to stick with the game and wait for patches to improve the current state of play.

Should You Refund the Game?

For PS4 or Xbox Players

Since CD Projekt Red is focusing on patches which will address issues found in the PS4 and Xbox versions of the game, at the current time, it's best not to return the game.

We can't say with certainty that the game really will improve with future patches, but based on CD Projekt Red's track record with patching games after release, and providing free next-gen upgrades that other studios would expect payment for, we can expect them to hold true to their customer-focused philosophy.

For PC or Stadia Players

In CD Projekt Red's tweet, they also mentioned that PC gamers will be receiving regular patches and fixes for the game. However, it seems that the majority of fixes will be focused on the PS4 and Xbox versions. If you're unsatisfied with the current version of the game on PC, it might be best not to expect specific attention.

That said, as stated above, CD Projekt Red will likely patch the majority of the current problems with the game in coming months, so we'd still says that it's best not to return the game, especially if your main concern is the current bugs.

To find out more about when each of the bugs will be fixed, we are updating regularly with Patch Notes and the release dates for all current and future patches!

Register as a member and get all the information you want. (It's free!)
Login
Opinions about an article or post go here.
Opinions about an article or post
We at Game8 thank you for your support.
In order for us to make the best articles possible, share your corrections, opinions, and thoughts about "How to Refund for Playstation, Xbox, and PC | Should You Refund?" with us!
When reporting a problem, please be as specific as possible in providing details such as what conditions the problem occurred under and what kind of effects it had.